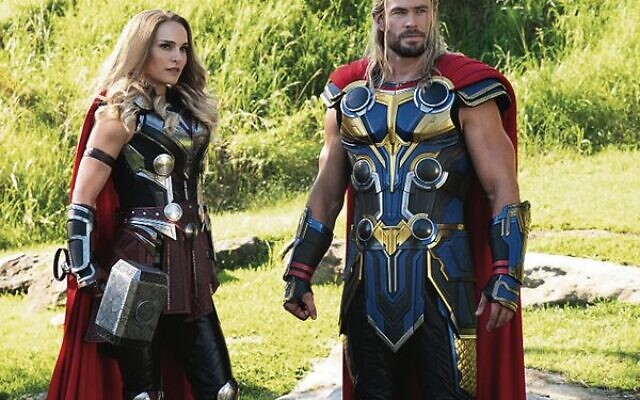 For most parents, picking up your kids from school is a normal affair. Unless of course you’re Natalie Portman or Chris Hemsworth.

Portman appeared on Jimmy Kimmel Live to discuss Thor: Love and Thunder, where she revealed hilarious anecdotes about picking up her kids alongside Hemsworth and the fact that her children are excited about “super mummy”.

When talking about Hemsworth, Portman explained that while she could usually camouflage in the crowd because she’s small, the famous Aussie had other issues.

With Hemsworth’s fame multiplied in Australia, his attempts at hiding behind a tree to avoid detection by fans failed spectacularly. “He comes in, he’s like a Greek god walking through,” she said.

Portman also shared that this time around, her children are excited about her role. They’re particularly looking forward to seeing mum pick up Thor’s hammer Mjolnir. Her daughter is so excited she even went to the shops to purchase her mum’s action figure.

“She’s been running around with it going like, ‘Super mummy!’ Which made me very, very excited,” Portman said.