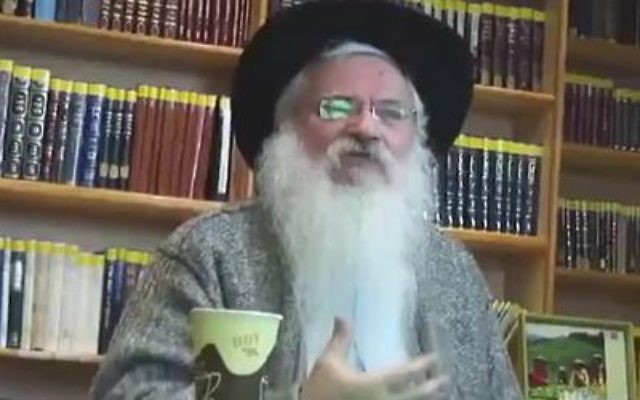 HOLOCAUST survivors have expressed their outrage that the US rabbi who apologised last week for likening sexual abuse to diarrhoea, has failed to say sorry for claiming the Shoah was part of a Divine plan and that the Nazis weren’t to blame.

“Who in fact died and who remained alive had nothing to do with the Nazis,” Rabbi Manis Friedman stated in a speech delivered in Melbourne in the 1980s. “Not a single Jewish child died because of the Nazis … they died in their relationship with God.”

Rabbi Friedman’s address – a transcript of which was obtained this week by The AJN from the Jewish Holocaust Centre’s (JHC) archives – was part of a 90-minute lecture delivered before community members at a Toorak home during a trip sponsored by the Yeshivah Centre’s Women of Valour Committee in Melbourne.

“Bad things did not happen to our grandparents … No evil befell them,” Rabbi Friedman said.

The rabbi was at the centre of a controversy two weeks ago, for a clip on YouTube, in which he said victims of sexual abuse learn “an important lesson” from the crime and that they’re “not that damaged”.

The issue stirred the memories of Shoah survivors and educators, who contacted The AJN to discuss the rabbi’s track record. Survivor and JHC guide Moshe Fiszman, still enraged by Rabbi Friedman’s remarks about the Holocaust, said the comments were “immoral”.

“For someone who witnessed all that hell, who went through as many camps as I went through … to read and hear that is just … I don’t know. I cannot explain to you how I feel, there is no way,” the 91-year-old said.

At the time, survivors lodged complaints against the rabbi with Chabad authorities and Rabbi Friedman has not been invited back to Melbourne.

Holocaust survivor and guide at the JHC Abe Goldberg said Rabbi Friedman’s implication that the Holocaust was part of a Divine plan is “blasphemy”.

“There is no question that Hitler was the one responsible for it.”

Referring to Rabbi Friedman’s official apology for comments he made about sexual abuse, Goldberg said: “Suddenly he is apologising? He never apologised before. Why does he only apologise now?”

Rabbi Friedman has failed to respond to requests for a comment on his remarks about the Holocaust.