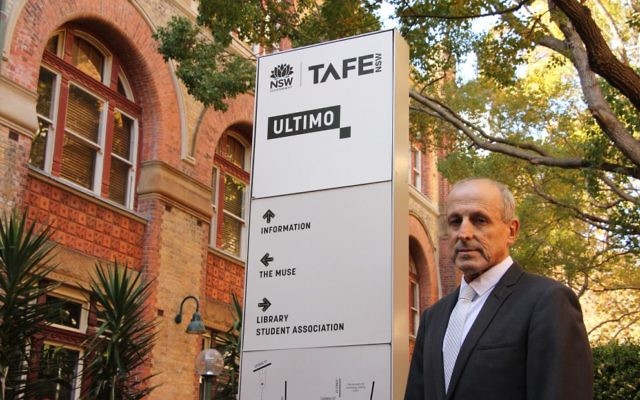 A JEWISH TAFE student was left too scared to go to class after enduring two years of antisemitic bullying.

The student, Nadav, was told that “kikes should go burn”, he was called “Nadolph Hitler” and was greeted with Nazi salutes when he walked into the room. Other students and teachers all witnessed the abuse.

“It left me emotionally distraught due to the constant fear of targeted attacks in class,” he told The AJN.

“No one on a teacher or management level would do anything about it,” he said.

The situation finally became too much when he was told it was “time for a good old-fashioned Jew bashing”, leaving him too fearful to attend class and putting his qualification at risk. At one point he even contacted police, who said they were unable to help him.

NSW Jewish Board of Deputies (JBOD) CEO Vic Alhadeff intervened on Nadav’s behalf after staff dismissed his concerns and even told him to change campuses.

The intervention set in motion changes that resulted in TAFE NSW overhauling its policies.

In an initial meeting with senior staff from TAFE’s Ultimo campus, where the incidents occurred, Alhadeff requested that Nadav still be able complete his course on time, that all students and staff receive a document setting out standards regarding bullying and racism.

These requests were actioned by the end of 2018, with a teacher visiting Nadav at his workplace to undertake his exams so he did not have to return to class.

Last week McLiesh confirmed via letter that 10 new protocols have been implemented as a direct result of that meeting.

In her letter to Alhadeff, McLiesh said a November 2018 review had found “significant shortcomings” in the way Nadav’s complaint had been handled.

“In addition, it highlighted shortcomings with TAFE NSW’s policies and procedures, inadequate provision of information informing students of their rights and responsibilities and insufficient guidance for staff handling complaints of racial discrimination,” she said.

“I am deeply committed to ensuring that all our staff and students feel welcome, respected and safe at all times.”

Alhadeff gave “full credit” to McLiesh for “her best-practice response to what was an extremely concerning experience for the student concerned”.

“She engaged with the issue from the get-go, immediately focused on the importance of dealing with it and has subsequently produced and implemented a far-reaching and constructive set of protocols relating to racism, bullying and related issues across all TAFE campuses.”

He added, “This is yet another example of the importance of reporting such incidents to JBOD so that we can take action when they occur.”

Stating he was “very glad” the issue had been resolved, Nadav told The AJN, “It shouldn’t have happened in first place but I am content that something’s been done about it,” he said.

“I’d like to praise Vic and the Board of Deputies, they did a tremendous amount of work.”

He added, “I am happy that they [TAFE] are doing something even after I’ve left and they are trying to make good on the situation.”

A spokesperson for TAFE NSW said bullying “has absolutely no place” in the organisation.

“We welcomed the opportunity to collaborate with the NSW Jewish Board of Deputies to ensure TAFE NSW was providing a safe, progressive and dynamic place to study for all students,” the spokesperson said.