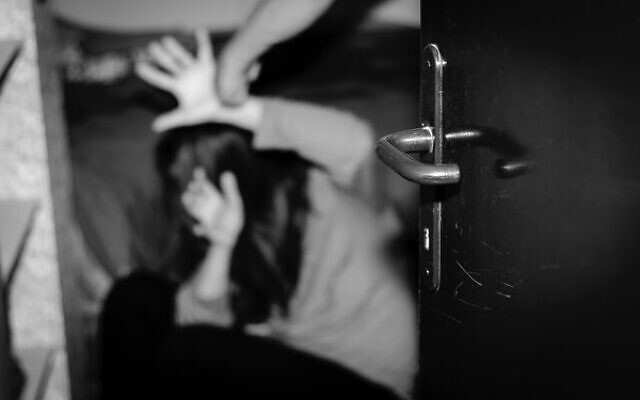 THE COVID-19 pandemic has taken a gargantuan toll on the lives of billions of people. It may be argued that among those most adversely affected were and are victims of family violence or domestic “terrorism” as described by former Australian of the Year Rosie Batty, whose 11-year-old son Luke was murdered by his father Greg Anderson.

Victoria in particular saw homes transformed into prison cells for victims of physical and sexual abuse who, due to extended lockdowns, were forced to spend inordinate amounts of time with their tormentors. With nowhere to run or hide, victims endured unspeakable atrocities that received scant public attention because daily news cycles were dominated by coronavirus case numbers.

To be sure, approximately 16,000 breaches of family violence orders were recorded during the lockdowns this year – an increase of 22.1 per cent on the year before. Even prior to this shocking spike in numbers, experts in March had already declared family violence a “state emergency”. The fact that the numbers of home robberies dropped during the lockdown period because people were at home does little to console those people, predominantly women, who were being subjected to frequent acts of brutality, or their children who were forced to witness these acts.

Sydney’s extended lockdown saw a similarly alarming rise in instances of family violence including one charity whose incoming phone calls from women seeking help for themselves and their children increased by a staggering 50 per cent. It was particularly challenging in Aboriginal communities. Manager of Bourke Aboriginal Corporation’s Social and Emotional Wellbeing Program Joseph Clarke was quoted by the local media as saying that “domestic and family violence is running rampant” while other communities reported an increase in demand of services for domestic violence victims as high as 73 per cent, according to Domestic Violence NSW. Tellingly, many phone calls came from men who sought help to stop themselves from succumbing to this egregious act.

Even before COVID-19 gripped the world, the disgraceful reality of family violence in Australia was sickening. One in three Australian women will experience some form of physical abuse in their lifetime, usually inflicted by the person who once told her “I love you”.

One in four Australian children is exposed to family violence either as a victim or as a witness to it causing significant vicarious trauma. Every day, eight women are hospitalised with critical injuries inflicted by an intimate partner, and women are five times more likely than men to require hospitalisation after a violent attack from an intimate partner. In fact, intimate partner violence is the leading cause of death, disability and illness in Australian women aged 15 to 44. Not cancer or heart disease, not accidents or substance abuse, but being beaten by a man she lives with.

The impact this has on police resources is staggering. According to the Australian Bureau of Statistics, Australian police attend a ‘serious domestic dispute’ every two minutes around the clock – that’s 720 times a day! To put that into context, nearly half of all assaults reported to the police involve current or former intimate partners abusing women.

Sadly, four out of 10 women continue to experience abuse after they have separated from their partner. And the impact this has on children is heartbreaking – 68 per cent of the women who reported relationship violence to police also reported that their children saw or heard it.

But without doubt the most horrific statistic surrounding family violence relates to murder. On average, one woman is killed every week by a current or former intimate partner. One woman every single week. It is a shameful indictment on our society and one which tragically does not seem to be relenting. We are talking about murder – the conscious and deliberate homicide of a human being at the hands of another person. It is simply unconscionable that this continues to happen in Australia when we are well into the 21st century.

Of course, any intellectually honest conversation about family violence must acknowledge the fact that men can and are also victims of this scourge. Violence is defined in much broader terms that physical assault and includes emotional and psychological abuse. As a society we cannot dismiss this reality and we must be mindful of, and sensitive to, the reality that men also suffer.

But when it comes to the most serious offences of murder, battery and sexual violence there can be no doubt that women are the primary victims, and this appalling reality must be front and centre of any serious initiatives aimed at addressing this issue.

Judaism has a very clear message about the serious prohibition of violence or abuse against innocents and the Torah is replete both in biblical law and rabbinic law with strong condemnation of this conduct. As Jews, we must do our part to respond to the crisis that is family violence. We must take a stand by teaching our children what respect looks like. We must teach them not through words but through our actions as role models in our own homes.

We must do this for the sake of our families, our community and our society. And we should not need a pandemic-driven spike in numbers to remind us of our fundamental obligations to create a safe, nurturing and loving environment for every single person.