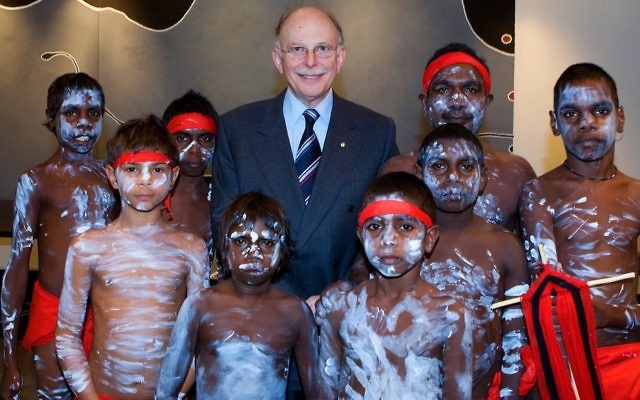 COMMUNAL icon and human-rights advocate Mark Leibler has been tapped to take a leading role in the next step towards full constitutional recognition of Indigenous Australians.

The federal government announced this week that Leibler, senior partner at the law firm Arnold Bloch Leibler, and Professor Patrick Dodson will co-chair the Referendum Council on Constitutional Recognition of Aboriginal and Torres Strait Islander Peoples.

Prime Minister Malcolm Turnbull and ALP leader Bill Shorten jointly announced the 16-member council on Monday, describing it as “an eminent group” to “guide an important national discussion about recognition”. Former PM Tony Abbott initially announced plans to set up the council in July this year.

Leibler and Dodson had been appointed co-chairs of the expert panel on constitutional recognition in 2010 by then prime minister Julia Gillard, which paved the way for the referendum council. As co-chair of Reconciliation Australia, Leibler, who is national chairman of the Australia/Israel & Jewish Affairs Council, has long-running credentials in the field of reconciliation and recognition of Australia’s first peoples.

He said 2017 would be a significant year to adopt an amended Constitution, the 50th anniversary of a landmark 1967 referendum that increased Indigenous rights and allowed Indigenous Australians to be counted in the Census.

In Leibler’s opinion, greater constitutional reform needs to occur than merely adding a preamble on Indigenous rights to the Constitution. “It’s got to be something which would be regarded by Aboriginal and Torres Strait Islanders as substantive.”

Amending the Constitution to recognise the rights of Indigenous Australians and Torres Strait Islanders has had the support of the Coalition and the ALP since 2007.