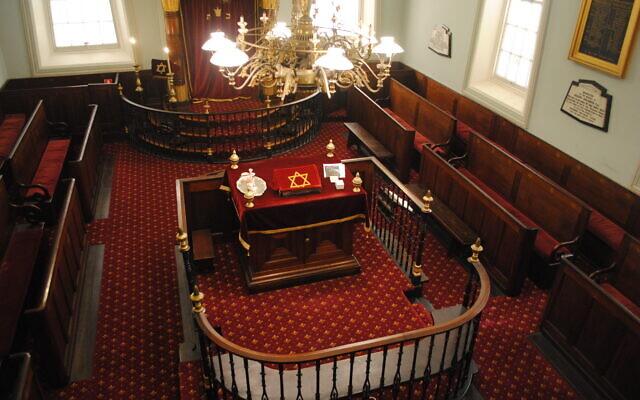 SUMMER is the busiest time of the year at the Hobart synagogue, Australia’s oldest shule, with visitors joining the tours run by volunteer guides to learn about the history behind its establishment 174 years ago.

When Britain established the penal colony of Van Diemen’s Land in 1804 (renamed Tasmania in 1856), the early fleets of ships included Jews among the convicts and free settlers.

Hobart prospered as the port became a centre for international whaling and the number of settlers and convicts grew. In 1830 the population was 6000 and by 1852 it was the third largest city in Australia with 24,000 people. Transportation ceased in 1852.

By 1842 Hobart’s Jewish community required a place of worship. When the Governor, Sir John Franklin, refused to make Crown land available for a synagogue, local businessman Judah Solomon stepped in and donated land in the heart of the city.

After a tender to build the synagogue for 717 pounds was accepted, architect James Thomson designed it in the Egyptian Revival style.

Thomson was a Scot who had been transported in 1825 at the age of 20 for attempted jewellery robbery and later worked for the Public Works Department.

The final cost of the synagogue, fitted out in marble, timber and bronze, was 1447 pounds, and the official opening was held on July 4, 1845.

After the synagogue was completed, the government issued an instruction that “all prisoners of the Jewish persuasion” not actually under a sentence would have leave to refrain from work and attend services on the Sabbath. Convicts could attend services and were provided with benches at the back of the synagogue.

The first president of the congregation was Louis Nathan, who came to Hobart in 1834 as a free settler with his wife and four children.

When gold was discovered in Victoria in 1851, Jews from Hobart joined the gold rush, decimating the size of the congregation which only started increasing with the influx of refugees following World War II.

Tasmania’s current Jewish population is about 250, based on the 2016 census, although Hobart Hebrew Congregation president Jeff Schneider believes the number could be higher.

The Hobart synagogue, at 59 Argyle Street, is the oldest in Australia and is classified by the National Trust. Services are conducted by lay members of the congregation catering for Orthodox and Progressive.

Schneider said many Jewish visitors from around Australia and overseas, including those on visiting cruise ships, are keen to see the shule, which provides an insight into its golden era in the 19th century.

“We had about 100 tours through the shule last summer,” he said.

The bimah is the central feature, complete with ornate lighting (the original gas light have been converted to electricity) and display cabinets and shelves at the rear of the shule contain prayer books, ornaments and memorabilia.

Upstairs are displays of historic photos and honour boards of shule officials.

Tours should be booked through the synagogue’s website. Anyone wishing to attend a Shabbat service should also contact the shule beforehand.

One of the shule members in the early days who has become part of Australian folklore was Isaac ‘Ikey’ Solomon, believed to have been the inspiration for the notorious character Fagin in Charles Dickens’s Oliver Twist.

In 1810, Solomon was arrested in London’s East End for picking pockets, but he escaped before he could be transported. In 1827 he was again arrested but escaped from custody.

When police found stolen goods in the Solomon family home, it led to his wife Ann’s conviction and transportation, along with their four children, to Van Diemen’s Land.

Solomon was in Brazil when Ann was transported and on hearing the news sailed for Hobart, where he lived as a free man until warrants arrived from England to return to London where he was sentenced to transportation back to Van Diemen’s Land in 1831. After Solomon served time at Richmond Goal and at Port Arthur, he set up a tobacconist shop in Hobart. He died in 1850. 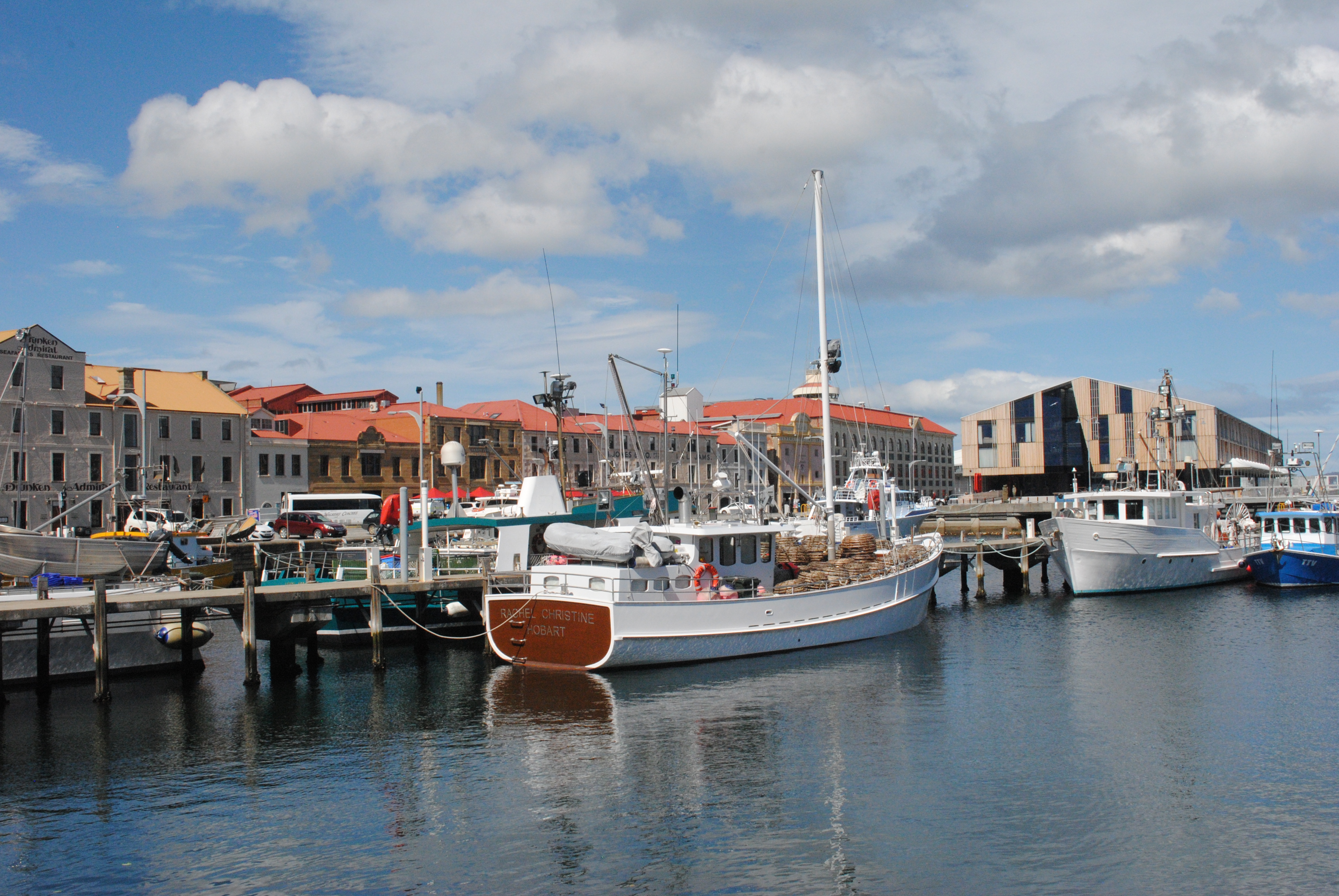 Solomon is also featured at Hobart’s luxury waterfront hotel Macq 01, which opened in 2017 as a “storytelling” hotel, with each of its 114 rooms and suites named after a famous Tasmanian.

From explorer Abel Tasman and businessman Henry Jones to wrestler Francois Fouche and singer Amy Sherwin, each room features stories and memorabilia about the historical figure.

Rooms are allocated at check-in, so you only get to find out the name of the hero or villain when you arrive at your room. If you want to stay in the corner suite honouring Solomon – Room 301 – ring through your request after booking your stay. 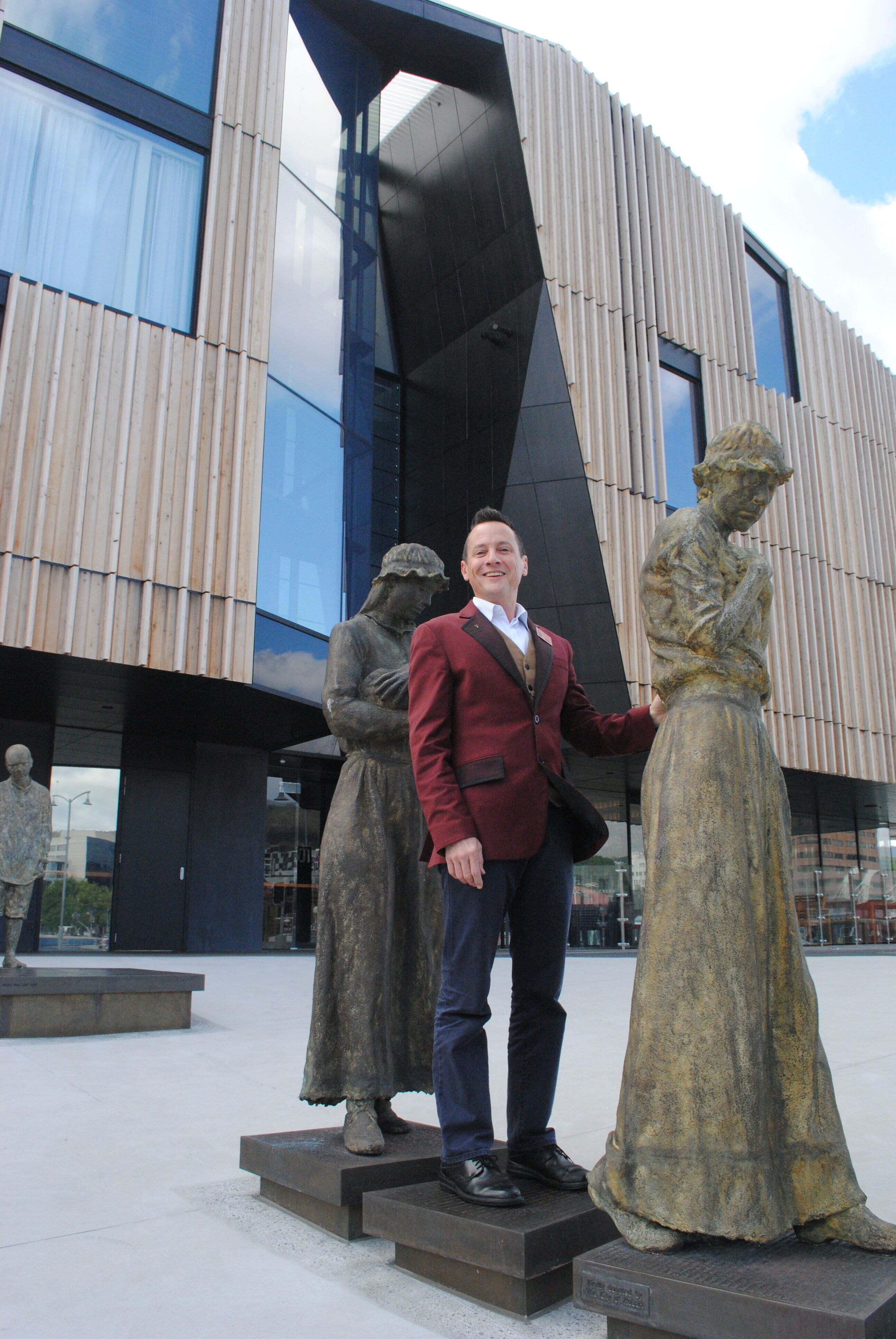 Macq 01 offers a variety of walking tours around historic Hobart – and the hotel – conducted by its full-time Master Storyteller, Justin Johnstone, a former actor who has worked in education, heritage and tourism.

“I started at the hotel in January 2017 and in the six months leading up to the hotel’s opening in June that year,” he explained.

“I went through all the stories chosen and written for the hotel to ensure they were accurate and honourable. Some of the characters are still living and some of those who have died in the past 50 years still have family alive, so it was important to have their buy-in and sign-off.

“In addition to learning all the stories, my job also required sourcing and setting up of artefacts in all the rooms, creating tours for our guests and visitors and looking for great ways to engage with the community.”

It is a short walk to the popular Salamanca market, where local produce, arts and crafts fill hundreds of stalls, and Hobart’s numerous historic buildings.

The Macq 01 hotel is operated by the Federal Group which also runs the Henry Jones Art Hotel in Hobart and the luxury Safire resort in the Freycinet Peninsula.