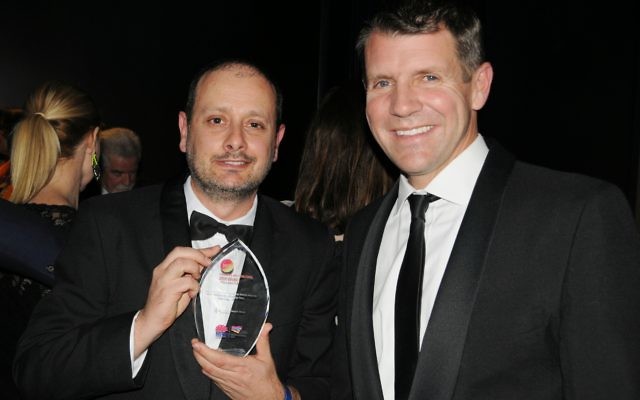 The winning photograph, taken in August last year, was of the 10,000-strong Jewish community rally in Dover Heights held at the height of Operation Protective Edge.

“It is a sense of great achievement for not only myself but the entire Jewish community, who, along with other faiths, united on that day and stood up for what was morally right,” Kessel said.

“The victory is attributed to every person who attended the rally.”

The AJN was also a finalist in the Best Editorial/Commentary category, for the front page editorial in August 2014 about mainstream media fanning the flames of anti-Semitism during the conflict. The AJN won the award in that category last year.

AJN national editor Zeddy Lawrence said, “We are tremendously proud of Noel. His picture captured the spirit of the community during one of the most challenging episodes in its recent history. At a time when anti-Israel and anti-Jewish sentiment were peaking, the image showed that we would not cower. Instead, we would stand up in public, as proud Jews, proud Zionists and proud Australians.”

Praising all the nominees, NSW Premier Mike Baird said, “A record 128 entries were submitted this year across 12 categories, and I would like to congratulate all of our winners and finalists for their outstanding efforts.”