When anti-Israel activists targeted this year’s Sydney Festival due to the Israeli embassy’s $20,000 sponsorship of a world-renowned Israeli dance performance, Jewish communal groups sprang into action, appearing in media, penning op-eds and combating the tirade of misinformation on social media.

Among the voices calling for reason were the international signatories of an open letter – headlined by Kiss bassist Gene Simmons, no less – rejecting the boycott and calling it “an affront to both Palestinians and Israelis who are working to advance peace” and extolling the power of arts and culture as a means to unify and bring people together. 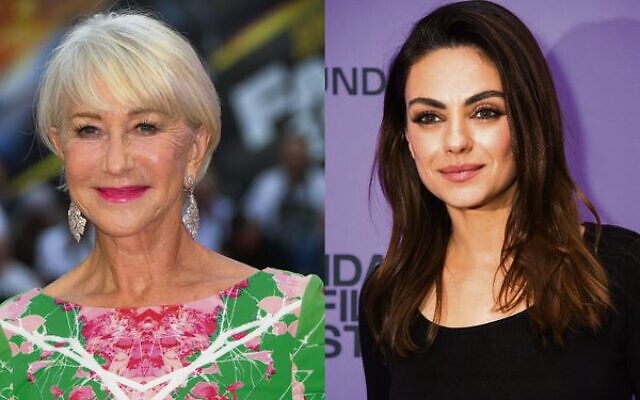 But open letters are just one prong of CCFP’s advocacy; the organisation also works behind the scenes to educate people in the arts about the realities of the Israeli-Palestinian issue, provides practical advice to performers wanting to tour in Israel and combats antisemitism within the entertainment industry.

“The industry is really insular, and people don’t really trust anybody that they don’t know,” CCFP CEO Ari Ingel told The AJN from Los Angeles.

“So the traditional Jewish organisations can reach out to entertainers, but they’re usually never going to hear back. We are made up of people in the entertainment community … we are able to get them on the phone or exchange emails, and can have open conversations about topics that maybe they couldn’t have with other organisations.”

CCFP was founded in 2012 by the former chairman and CEO of Universal Music Publishing, David Renzer, and the worldwide executive and music president of Electronic Arts, Steve Schnur.

“They were in Israel, and they realised that any time an artist booked to play a show there, they were bombarded with boycott calls,” Ingel said.

“The traditional Jewish organisations can reach out to entertainers, but they’re usually never going to hear back. We are made up of people in the entertainment community … we are able to get them on the phone.”

“The other thing they noticed, they were at a show. There were people there from all different backgrounds – Arabs, Jews, Muslims, Christians, black, white.

“And they realised this is ridiculous. The one thing that unites everybody is music, culture and arts. And it makes no sense to shut that down.”

A decade later, he said, the organisation now has over 100 high-level members in the entertainment industry – CEOs and chairs of major motion picture studios and major label record studios, and people in film, TV, sports, music – “so that really is where we derive a lot of our strength”.

“Since we started, we have kept the cancellation rate [for shows in Israel] usually to under five per cent,” he said. 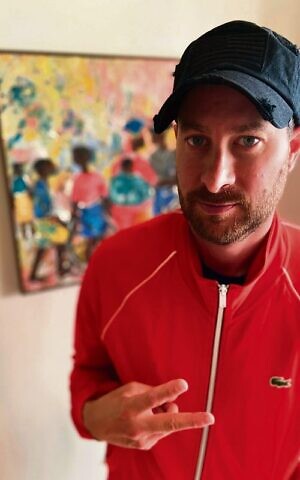 When artists are planning to play Israel, CCFP facilitates conversations with local promoters to talk about everything from “literally the nuts and bolts of booking there, the different venues, to some of the boycott pressure they may face and also what they can do on the ground to work with coexistence organisations to make a bigger impact,” Ingel said.

He said unfortunately, a lot of more prominent artists “get attacked anytime anybody says something positive about Israel”.

He gave the example of singer Billie Eilish, who made a short video for social media – one of a number, each for a different country – saying, “Hi Israel … I’m so excited that my new album is out now.”

“The boycott movement attacked her viciously for that, and for two weeks, she wasn’t even posting about Israel [but] they just flooded [her feed] with thousands of comments like ‘you support apartheid, ethnic cleansing, genocide’, all these crazy claims just to silence her from ever posting about Israel again, and trying to scare her from ever performing in Israel,” Ingel said.

“We actually did a deep dive into those posts, and we put out a report that exposed that and it showed the vast majority of these posts were just done by bots, trolls and fake accounts.

“So helping to expose that sort of stuff is important.”

CCFP also works in Israel with organisations that bring Palestinians and Jews together. Ingel said the signing of the Abraham Accords “presents a great opportunity” to further that coexistence work and expand into the broader Middle East.

“We see the Arab world really starting to engage with Israel and realising that they have much more in common that brings them together than divides them,” he said.

“Obviously, the Palestinian issue is not going away. And it’s something that I think all parties realise there needs to be movement on, but maybe that engagement from the Arab world can help jumpstart that as well.”

With the mainstream media ignoring a lot of the positive stories about Israelis and Palestinians working together, he said social media is key to trying to get these messages out to the world.

“There can never be a focus on these coexistence organisations because it takes away from the narrative that you know, Israel is this occupying force and Israel is the aggressor,” he lamented.

“I think the game changer is social media, which is a benefit and a curse.” 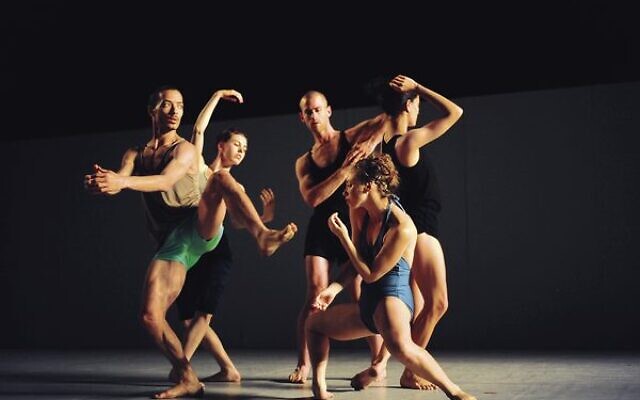 Boycott activists targeted the Sydney Festival due to the Israeli embassy’s sponsorship of the Batsheva Dance Company’s Decadance.

On the antisemitism side, the organisation works with digital streaming and social media platforms to monitor their sites for antisemitic content.

“We almost have a weekly or bi-weekly engagement with them, and we have been able to [remove] thousands of pieces of content,” Ingel said.

“There’s a lot of philo-antisemitism where artists will make [comments like] ‘I want to be as rich as my Jewish lawyer’ or ‘I gotta get a Jewish lawyer’, ‘I want to get the Jewish money’,” he explained.

“It was him parroting some Louis Farrakhan talking lines about the Jews running the slave trade … I talked to DeSean personally, and he didn’t really know much about antisemitism,” Ingel said. “He grew up in South Central [LA], he didn’t meet many Jews and they never studied the Holocaust. But they do know about the Nation of Islam, because the Nation of Islam provided social services in the inner city.

“So that’s the sort of thing we do behind the scenes, all about open dialogue and bringing people in, as opposed to pushing them away.” 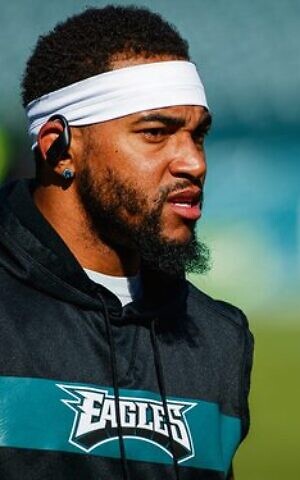 To further increase understanding between Blacks and Jews in America, Ingel was involved in the formation of the Black-Jewish Entertainment Alliance.

Meanwhile, CCFP will soon be releasing a first-of-its-kind report into antisemitism in the entertainment industry and American sport.

Ingel said the report has four recommendations, the first being the adoption of the International Holocaust Remembrance Alliance (IHRA) Working Definition of Antisemitism.

“We truly believe that music studios, movie studios, entertainment companies should adopt IHRA as a guide,” he said.

“And then especially in film and TV, there’s a test that was developed by [Jewish author] Ben M Freeman called the Tevye test, which really is almost like a step-by-step guide that filmmakers and producers can look at to say, ‘Is my portrayal antisemitic? Am I pushing further antisemitic tropes? Is this something that I should be aware of?’”

He said that when activists targeted the Sydney Festival, “I think unfortunately, we were probably as a community caught a little bit short, caught unawares and a little unprepared for how organised BDS was here and how far they’d infiltrated into the arts community.”

Rosen said he immediately reached out to Ingel “to see what we could learn from international experience, and also bring some international networks to bear on the issue”.

“Once I started speaking to some of the artists being approached by BDS, I realised that a lot of them were being really bullied,” he said.

“The one thing that unites everybody is music, culture and arts. And it makes no sense to shut that down.”

“There were certainly some artists that probably believe in the cause, [but] I think for a lot of them, it all became a little bit too hard, and the social media avalanche that they were receiving made it just an easier option to side with BDS.

He said it was “probably most troubling” to see Indigenous Australians and Indigenous artists side with the movement “on the basis that the Palestinians are indigenous to the land of Israel – it’s just so incorrect historically and factually, but it is gathering hold”.

“We do need to continue to build that relationship with Indigenous Australians, for them to understand the Jewish connection to the land of Israel,” he said.

More generally, he said people in the arts, as well as younger people, “have always traditionally leant more on the left side of politics. And I think young people as well are more on that side.

“So I think the whole intersectionality and identity politics of the left where the BDS movement have cleverly aligned themselves – with not always being truly honest about what their goals and aims are – is challenging,” he said. 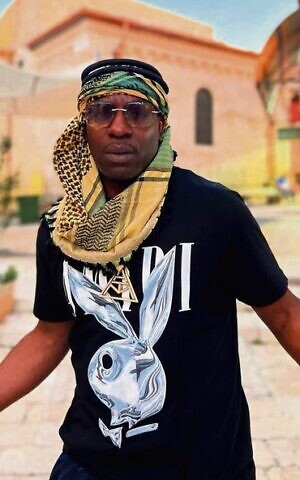 “We need to counter that narrative and start explaining where the myths are with BDS, why certain disenfranchised groups shouldn’t be aligning themselves with the BDS which calls for the destruction of a democratic state.

“There’s so many things that Israel stands for that these people on the left also stand for. That narrative is not being told. And I think we need to get more and more people over to Israel to see for themselves.”

He agreed that music is a unifying force.

“It’s a universal language,” he said.

“Bringing together Arab and Israeli artists, bringing together Muslim, Jewish and Indigenous artists here in Australia, showing that we have more in common – we should be preaching harmony, togetherness, inclusiveness.

“We need to be talking about what brings us together, not what drives us apart. Music is a key unifier in that.”