In 2009, lighting designer Mary-Anne Kyriakou curated a smart light festival for energy efficiency. It was headlined by British musician, composer, producer and visual artist Brian Eno, and projected light paintings onto both sides of Sydney’s famous Opera House. By 2012, the festival had grown enormously, attracting more than 500,000 visitors to outdoor exhibitions and events and by 2014, the festival had expanded to include Circular Quay, The Rocks, North Sydney, Darling Harbour, Carriageworks and more. Taronga Zoo and the Surry Hills precinct soon followed.

In 2019, which was the last time Vivid was held, a record 2.4 million people attended.

After two years of darkness, the lights will shine once more, as Vivid 2022 returns to Sydney.

For just over two weeks, Vivid Sydney fuses art, innovation and technology in collaboration with some of the most boundary-pushing artists, thinkers and musicians. According to the website: “Vivid Sydney tells a story of the harbour city beyond the icons, about urban legends, secret spaces and visions for the future.” And this year, it features the longest continuous Light Walk in the history of the event, running from the Opera House to Central Station. 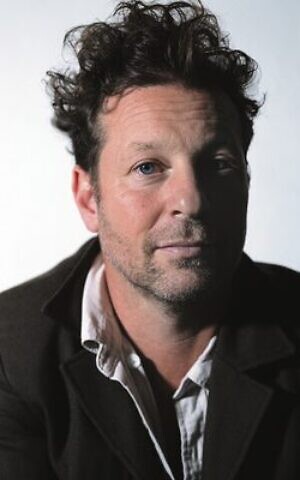 “My relationship with Future Art goes back years with the touring and recording success of my band The Potbelleez. The Future Art creative team were intrinsically involved with the band, and it feels natural pursuing the relationship into our passion for creative technology,” Kidron told The AJN. “With a background in songwriting and music production, I wanted to do an art project that involved an exploration into our collective memory, music, art and most importantly, working with good friends.”

Kidron will have a projection and performance installation dedicated to the power of memory, which he said involved “collecting thousands of memories from the community and creating artwork through an artificial intelligence algorithm”. He will also be performing his new single, New Day Tomorrow, on the main stage.

While Zimbler studied media production at university, she is largely self-taught when it comes to light and digital projection.

“Colour and light are healing, sensitive and mesmerising, and I think it’s really going to help people feel like they’re part of the world again.”

“Initially, I found that it was like a performative tool and an emotional tool. I could use it to bring a story to life,” she told The AJN, in between jetting back and forth from Sydney to Iceland for various projects.

Zimbler spends half of her time in Iceland and the Baltic states, which is also giving her a chance to explore her Lithuanian heritage. “I’ve been flying back and forth between Iceland and Australia every couple of years, exploring light in the dark. I guess the best place to work with my medium is to go to the opposite end of the world where it’s almost 24-hour darkness.” 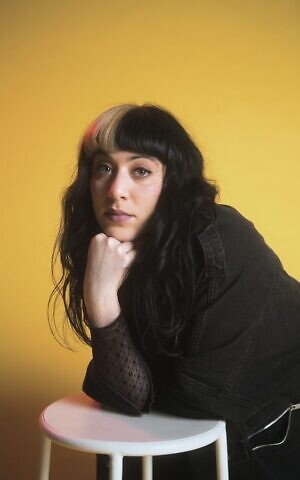 Zimbler has several projects in Vivid this year, including Soup, a collaboration with artist Rainbow Chan as part of Floating World. She described Soup as a “beautifully haunting piece of memory, distortion and lost language” which will be playing on loop on a 180-degree screen in Darling Quarter.

“We’ve built a sculptural installation that’s spinning as she performs, and it’s about architectural experiences in Melbourne and wayfinding as a trans person,” Zimbler explained. “It’s very immersive and engaging; such a responsive, powerful, intimate experience with techno music in this setting, which I think is going to be really interesting.”

What Zimbler says she loves about festivals like Vivid, is the emotional impact light can have on audiences, especially as people can actually walk through many of the installations and exhibitions, experiencing the different elements of light and its reflection. 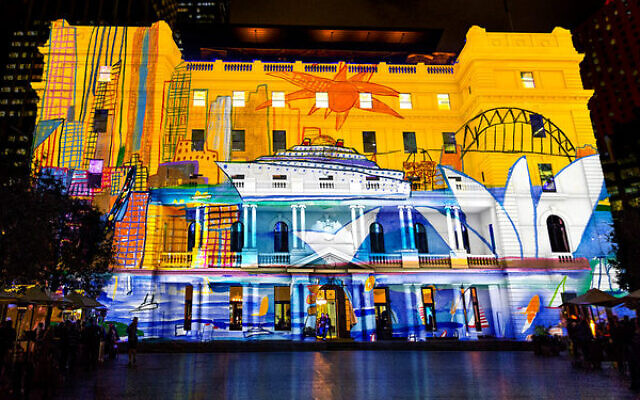 For Sydney With Love, projected onto Customs House, will be part of Vivid 2022. Photo: James Horan/Destination NSW

“Colour and light are healing, sensitive and mesmerising, and I think it’s really going to help people feel like they’re part of the world again,” Zimbler said. “The city, which was so dark and cold for so long, will be encased in light, and it’s such a beautiful time to experience the world.”

Vivid is famously a family-friendly festival, bringing much joy to all ages, no matter what the weather. In fact, Zimbler remarked that sometimes it’s more majestic in the rain as the colour and light reflect in the puddles and raindrops as they fall.

Importantly, Zimbler reminded, don’t forget the architecture. “These structures in the city, maybe you wouldn’t necessarily pay attention to the curves and spatial design. This really brings all different art forms to life,” she said.