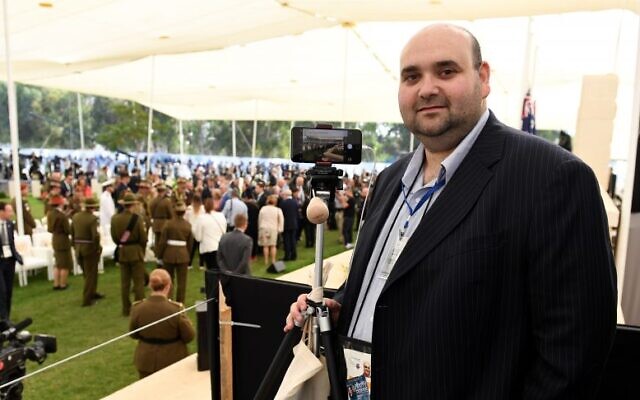 Joshua Levi at a ceremony in Israel marking the 100th anniversary of the Battle of Beersheba in 2017. Photo: AAP Image/Dan Peled

THE AJN and Australian Jewry are in mourning.

Led by a heartfelt message from Prime Minister Scott Morrison, tributes have poured in from across both the Sydney and Melbourne communities for AJN CEO Joshua Levi, who tragically passed away early Monday morning aged 36.

His love for the community and this newspaper were unmatched and his passing leaves an unimaginable void at The AJN; a place he poured his heart and soul into for well over a decade. 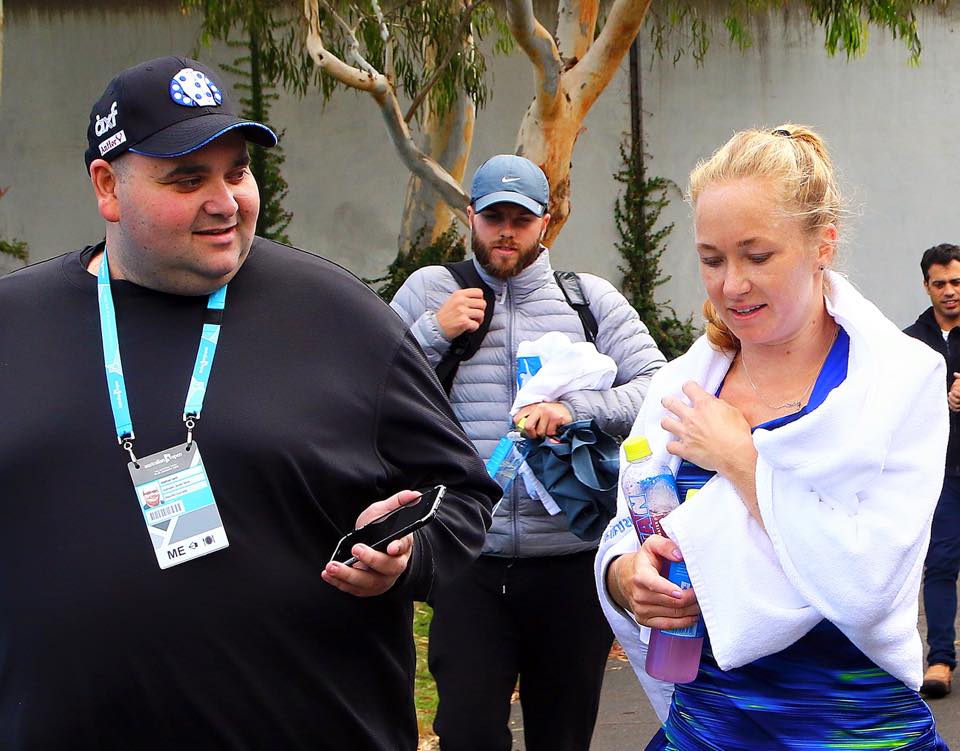 Joshua Levi mid-interview at the Australian Open in 2016.

He was responsible for some of the paper’s biggest and most important stories, notably covering the scourge of child abuse in the community and the 2015 Royal Commission into Institutional Responses to Child Sexual Abuse, for which he won a number of awards.

As CEO, he cast an eye to the future and shored up The AJN‘s digital credentials, overseeing a brand new website and partnership with the Times of Israel.

He leaves behind his wife of two years, Lia, and newborn daughter Lara.

Speaking on behalf of the Levi family, brother Ben Levi said, “It is ironic that for a man whose life was words, words will never do justice to his life.

“Joshua Daniel Levi lived more life in his 36 years than most do in a lifetime. He was larger than life, and will leave an unfillable void in the hearts of those who love him. We are devastated and shattered by the sudden loss, and will forever love and miss him.

“Josh will always be the adored father of baby Lara, husband of Lia, son of Ann and Ian, son-in-law of Valerie and Jacob, brother to Ben and Mel, grandson to Sylvia and Sol and Agi and Zsiga, nephew and cousin to the huge Levi/Kraus family. 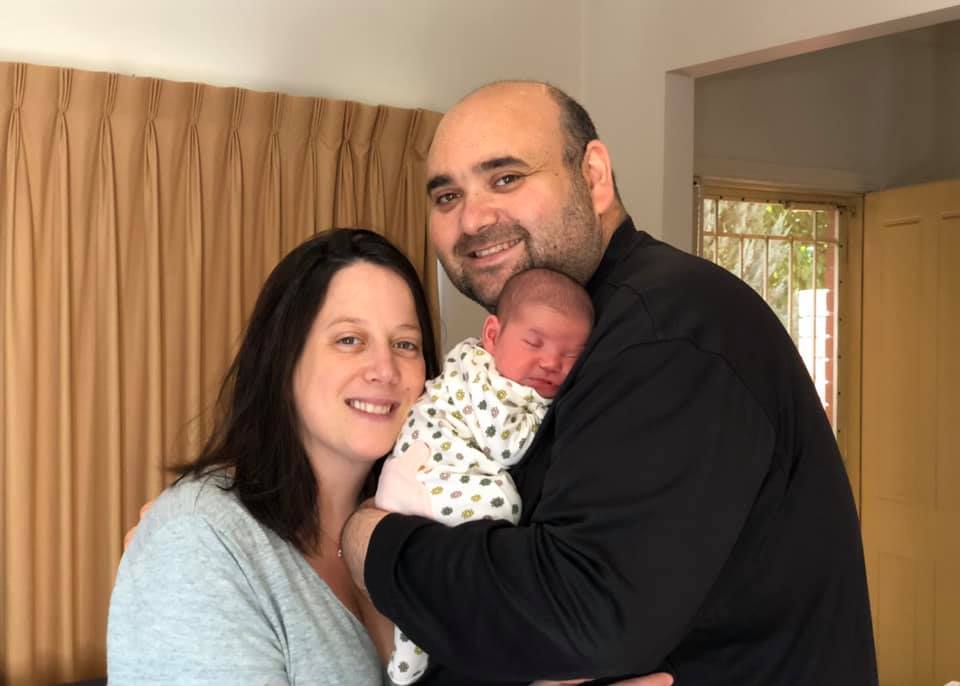 Joshua Levi with his wife Lia and newborn baby Lara.

“Josh was always the life of the party, and best mate to so many. He was devoted to the Australian Jewish community and the Canberra Raiders.

“Josh, you will be sorely missed. We love you.”

“Words can’t describe how I feel,” he said. “He was like a son to me, we worked very closely together.

“He was always a brilliant journalist. He was thorough in his information and if he was critical of someone and we had a discussion with the other party, his facts were always meticulous.”

Magid continued, “He always invariably seemed to be in a good mood and it was always a pleasure having him coming into our office chortling as he always did.

“He found humour and likeness in everything. He was loved by everyone. I’ve received messages from so many people who are utterly shocked by the bad news.” 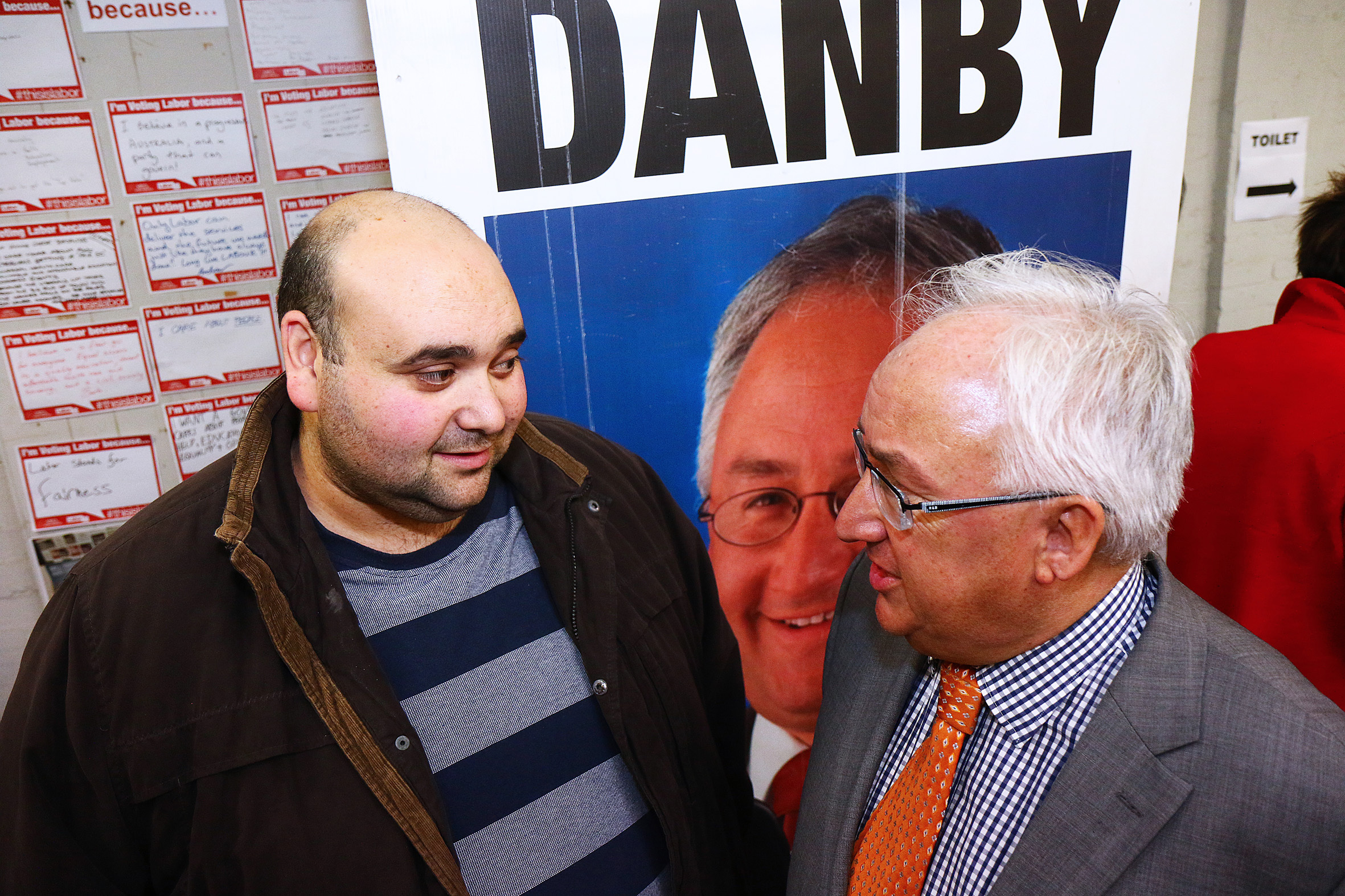 Among those sending tributes to The AJN this week was the Prime Minister, who said Levi “had a thirst and drive to inform and entertain the reader, and was well respected for his integrity”.

The sentiment was echoed by NSW Premier Gladys Berejiklian, who added, “His ground-breaking investigative reports uncovering serious allegations of child sexual abuse and his work as CEO leaves a lasting legacy.

“His infectious enthusiasm, integrity and kindness will be sorely missed.”

Victorian Premier Daniel Andrews commented, “As a journalist, Josh understood the power of truth-telling. His award-winning coverage and support for victims of sexual abuse are testament to his commitment to journalistic integrity and to faithfully telling the stories of his community.”

Executive Council of Australian Jewry co-CEO Peter Wertheim said the community “has lost a real gem of a human being”.

“I grew to admire him not only for his professionalism and skill as a journalist but also for his warmth, compassion and good humour as a person,” he said.

Rabbinical Council of Australia and New Zealand president Rabbi Yaakov Glasman said Levi’s passing “has come as a shock to so many in the community”. 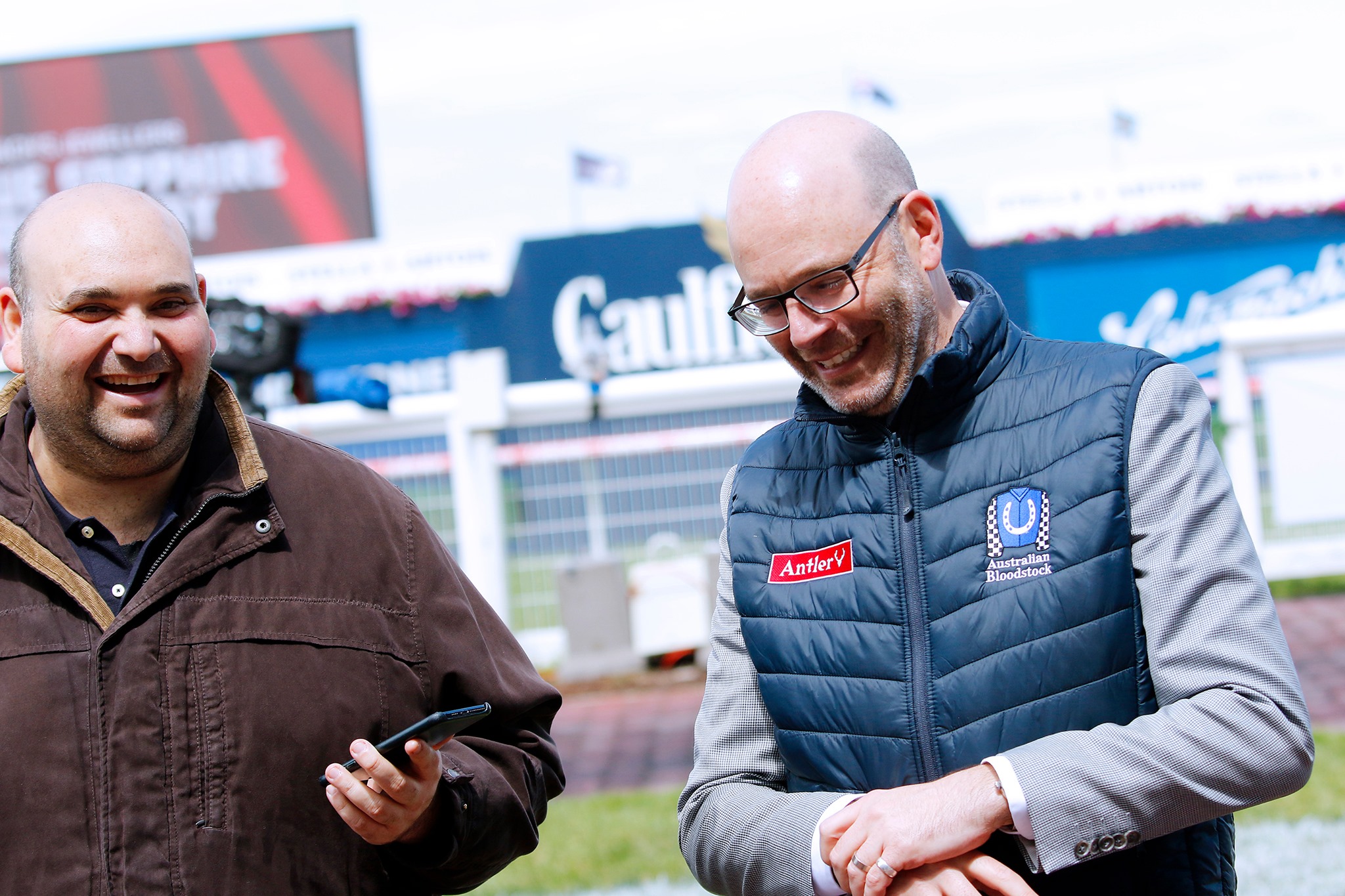 JCA CEO Alain Hasson called him “the soul and conscience of this community”.

“His wisdom and insight, his profound love of our community, his warmth and good humour will be missed by all of us,” he said.

Maccabi Australia said Josh “understood the importance of the role Maccabi plays within the community by bringing people together”.

“Josh’s stories provided great benefit to our organisation and community. He was always forthcoming with concepts and ideas to help promote Maccabi in The AJN,” Maccabi Australia chairman Barry Smorgon said.

“I have had the pleasure of knowing Josh for many years and will certainly miss our ‘off the record’ chats which we used to have whenever we felt the need.”

AJN national editor Zeddy Lawrence said, “Josh was dearly loved by all of us at The AJN, and it is clear from the many warm tributes we have received that the high regard in which we held him was shared universally.”

He described Levi as “a dear friend, and the finest journalist I have had the privilege of working with in my 25 years in the profession”.

“No one could uncover a story, or earn the trust of those he was writing about, like Josh,” Lawrence said. “But it wasn’t just about the story for Josh. It was about making our community a better, safer, more honest environment for all of us.” 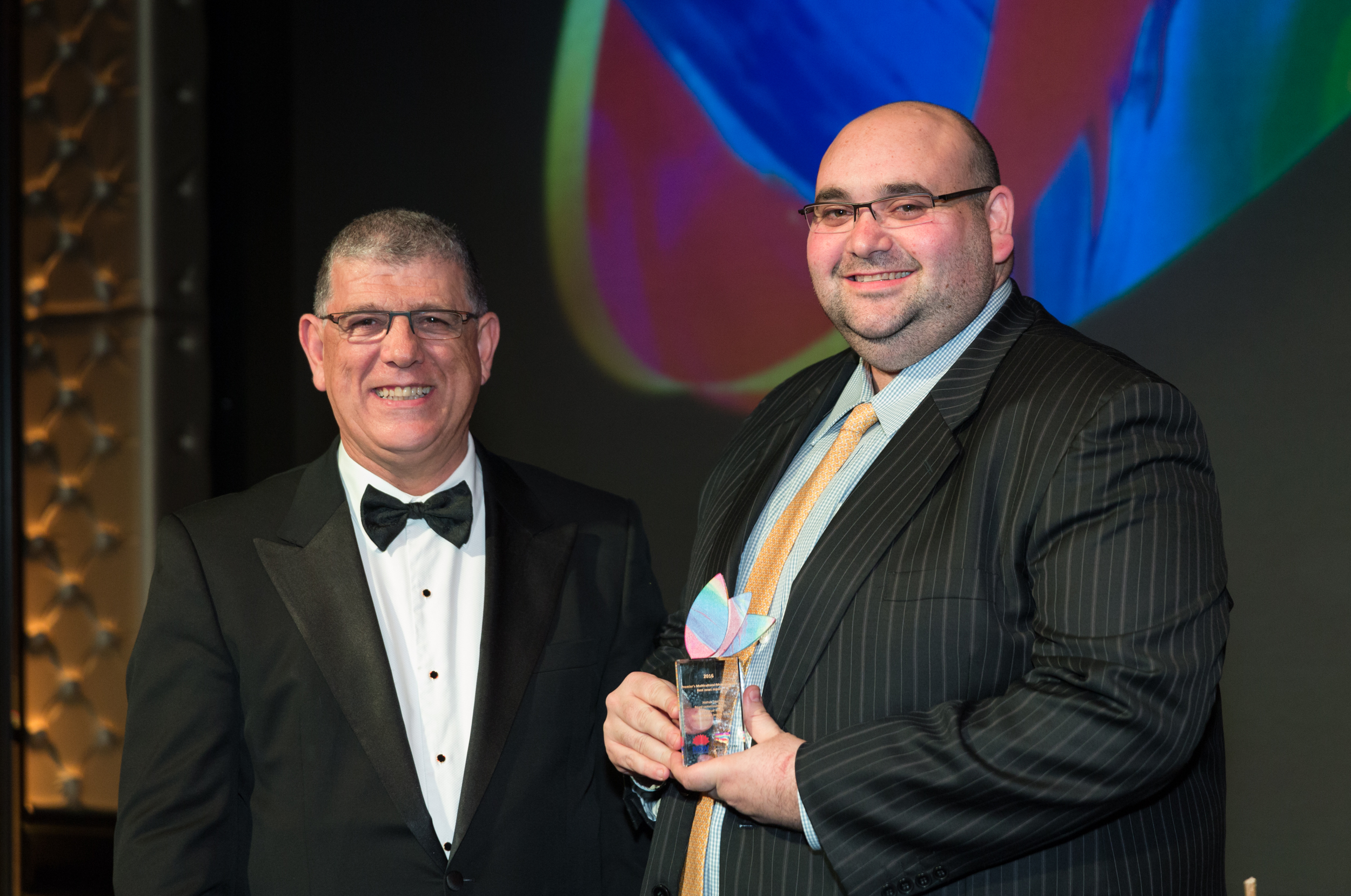 Lawrence concluded, “As a reporter, as an editor and as CEO, Joshua Levi was the heart and the integrity of The AJN. Today, the paper has lost its soul, and the community has lost one of its most dedicated sons.”

Levi initially began writing sports stories and taking photographs for The AJN pro-bono before becoming a full-time journalist and rising through the ranks to CEO two years ago.

His enthusiasm and dedication were infectious; he inspired everyone at The AJN to care in the manner that he did.

To his friends, he was fiercely loyal, always generous and always quick with a joke. An often uttered motto of his – now that much more poignant – was, “I just enjoy life.”

His funeral will be held at Sydney’s Central Synagogue on Friday, February 7 at 11am, followed by burial at Rookwood Cemetery.

Full tributes to Josh in this week’s AJN.

Related: ‘The finest journalist I’ve ever worked with’