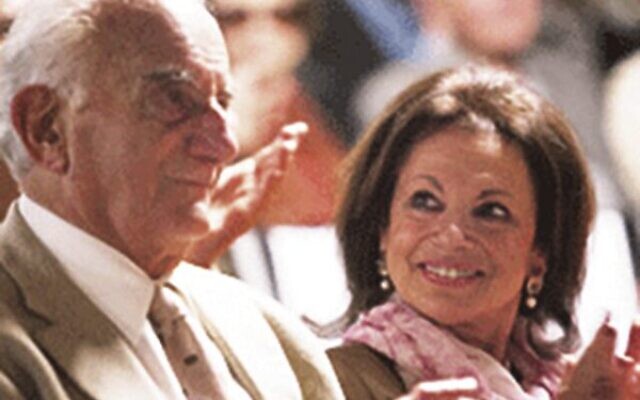 GERRY Fischl has been remembered as a “true mensch”, who is owed an “enduring debt” by the Jewish community following his recent passing at the age of 93.

Fischl, a Holocaust survivor, and his wife Eva were an integral part of JewishCare NSW. Eva was president of the organisation for 15 years and Fischl House, their purpose built community centre, was named after Gerry’s parents.

“Gerry, together with Eva, were at the very heart of JewishCare for almost 20 years,” JewishCare Jason Sandler president said.

“Gerry was universally loved and respected and although he never sought any limelight or public acclaim, there is no doubt it was their partnership that enabled JewishCare to become the organisation it is today. A greater ‘mensch’ you would never meet.

“As a community we owe a huge and enduring debt to Gerry.”

The story of how Fischl and his family evaded the Nazis during the Holocaust is extraordinary.

Fischl was born in Prague in 1929, but emigrated to France in 1939 where his father thought their family would be safe from German occupation.

“We were very much mistaken, because France also became occupied by the German army and the persecution of the Jewish people was only a matter of time,” Fischl said in a video in which he provided testimony. 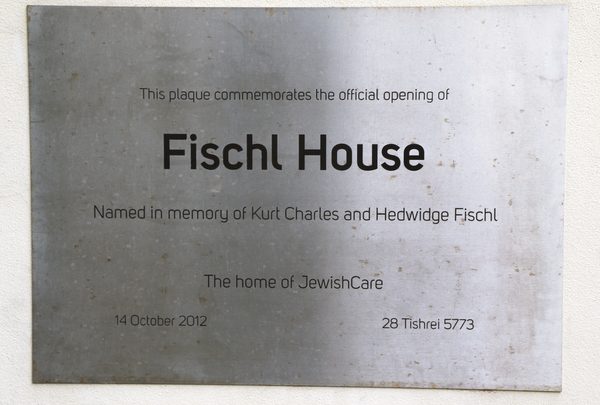 The plaque outside Fischl House.

By 1942, France was becoming dangerous for Jews and it was something of a miracle that Fischl’s father found a Catholic family in a small village near Cognac who were willing to risk their own lives to hide them.

“For 800 days we lived in danger of being denounced,” he said.

But they survived, and when France was liberated by the Americans in early 1944 the Fischl family remained in Cognac, before deciding to return to Prague when the Czech Republic was liberated.

Under communist rule there was no freedom in Prague and so the family first moved to Ireland, before they eventually emigrated to Australia.

“After spending 18 months by myself in Sydney, the rest of my family joined,” said Fischl.

He is survived by his wife Eva, children Vivianne, Ian and Tamara, and grandchildren Adam, Ben, Josh, Marnie and Ethan.