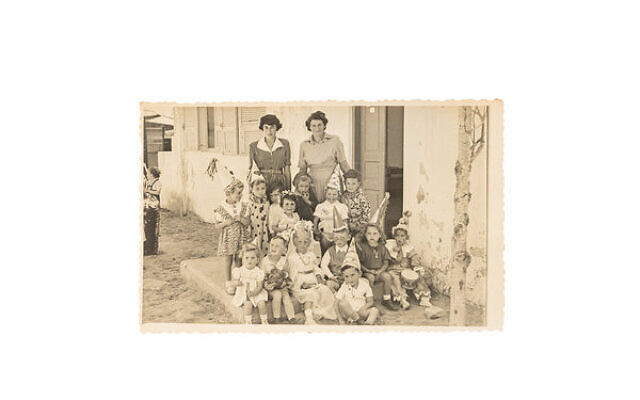 Magda established a kindergarten in Israel. Maya is standing first on the left as the class celebrates the festival of Purim.

Imagine having such good instincts that you knew the Nazis were lying to you about poisonous food on your first day in Auschwitz.

That was Magda Hellinger, who offered to taste the tea presented by the Nazis with the threat, “drink this if you want, but know that it is poisoned”.

Her gut instincts kicked in, knowing that it would be strange for the hundreds of women brought into Auschwitz on the second transport to be poisoned by the Nazis on their very first day.

Mere days before, as they were being rounded up to be taken to what they believed was a Bata factory for work, Hellinger had opened her suitcase to some girls from outlying villages, offering them her modern clothes so they wouldn’t be demeaned or discriminated against due to their traditional peasant dress.

The moment you start to read The Nazis Knew My Name, you get a sense of what an incredible woman Magda Hellinger really was.

Maya Lee explains that, along with her younger sister, she didn’t really know much about her parents’ lives from before they were born. There was some awareness that they were both Holocaust survivors, but it was never really spoken about at home.

“We heard the stories later, but growing up, life was moving forward,” Lee told The AJN over Zoom from her Melbourne home. 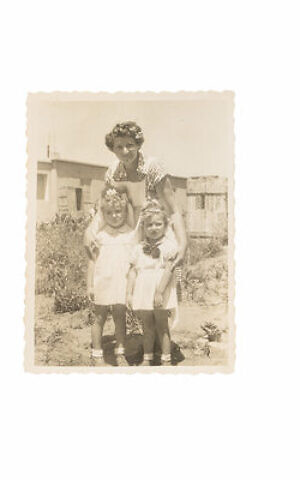 Magda with Maya (L) and Éva, soon after the family’s arrival in Israel in 1950.

Lee recalled hearing stories sprinkled into conversations about how her mother saved so many lives, simply by understanding the importance of sticking together in Auschwitz and protecting others as best she could.

Hellinger would dangerously toe the line with the Nazis, understanding when to push them, in order to save lives, and when to hold back for fear of repercussions. Throughout the book, there are moments when Hellinger explains that no one would look the Nazis in the eyes. But she would.

The Nazis Knew My Name takes a lot of inspiration from a novel previously published by Hellinger. “She took it to the printer, all by herself, and in 2003, she had a launch with WIZO and sold her book,” said Lee. She was 87 at the time.

Making a name for herself

Being independent and knuckling down to get things done is something that Hellinger was always good at, and is evident throughout her story – starting a kindergarten in her hometown of Michalovce, the kindness she showed to the young girls on the transport and on their arrival at Auschwitz, and then during her functionary roles at Auschwitz-Birkenau. Hellinger’s kindness and her ability to nurture and care for those around her was noticed by the Nazis, as were her ability to lead and her problem-solving skills.

“By this stage, she was already 25 with kindergarten experience and leadership skills which came naturally to her.”

Hellinger’s first step was helping the stubenalteste (room elder) and throughout her time at Auschwitz she crossed paths with many Nazis, saving 800 girls from ‘The Angel of Death’, Dr Josef Mengele, using a bottle of vodka and serving as Blockalteste for Block 10, the experimental block.

Using the initial book published by Hellinger, with stories told to Lee over the years and extensive research, The Nazis Knew My Name is an incredible story which takes readers from Michalovce to Melbourne via the Czech Republic and Israel.

Lee shares stories of her mother being accused of collaboration with the Nazis, often by those she had saved.

“But my mother never held it against them,” Lee said with a smile, explaining that they often found themselves visiting the family of a woman who had accused Hellinger and being sent to help look after the child of another.

“She honestly believed that she did what she could, and it was never acknowledged,” said Lee. “She never wanted praise, never thanks, but she was challenged so many times.” 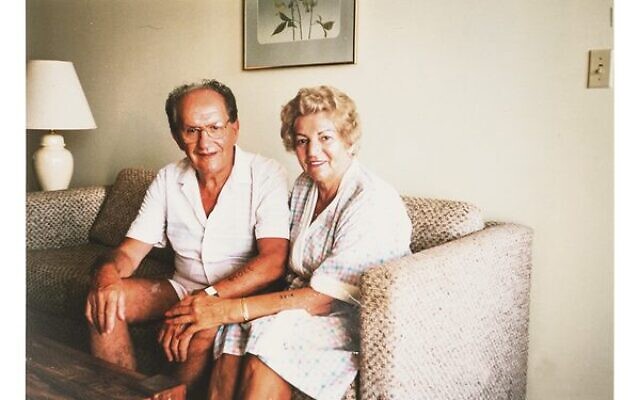 Hellinger was even challenged on whether she was a survivor, with people questioning her ‘short’ number of 2318.

An unassuming woman, Hellinger simply did what she believed she had to do for the greater good of others. Now her story is finally being told.