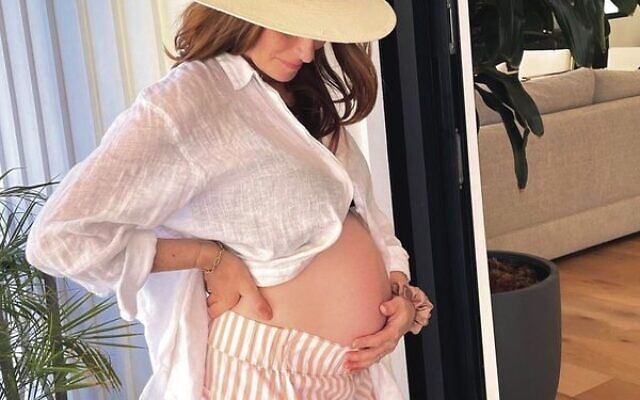 One lucky baby is about to have Dan Levy as an uncle and Eugene Levy as a zaida! Sarah Levy, who played waitress Twyla Sands on Schitt’s Creek, has announced she’s pregnant.

Sharing an adorable bump pic on her Instagram page, Levy broke the exciting news by requesting “all the salt & vinegar chips and the hottest hot sauce you have”, likely linking to the cravings she has been experiencing.

Her brother, Dan, who played David Rose on the award-winning comedy, adorably commented “I’ll finally like a baby!”

Levy married her long-term squeeze, actor and producer Graham Outerbridge, in October last year with Dan sharing a beautifully fun picture of the siblings on the dance floor on his social media channels.

The family famously starred together on Schitt’s Creek with Eugene praising his experience with his children in his 2020 Emmy award acceptance speech. “As a dad, getting to work on camera for six years with both my kids, Daniel and Sarah, was such a joy,” he said.