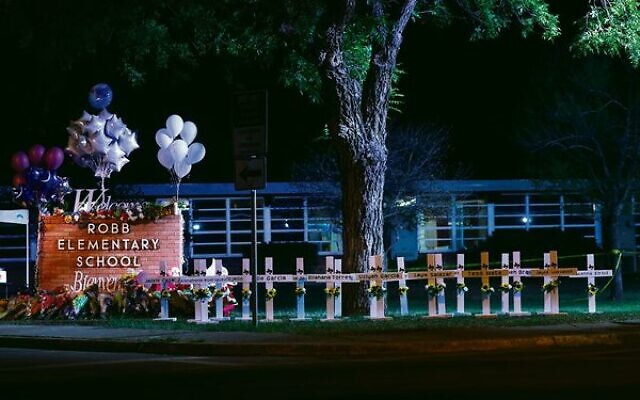 The massacre that occurred at Robb Elementary School in Uvalde, Texas last month seems like yet another in a long line of sad school shootings. It is the result of the failure in the USA to deal with rampant gun ownership by the body politic. This disease is tearing apart US society, and is at the root of many of the worst manifestations of the cultural wars that Americans find themselves embroiled in.

I remember, as a child growing up in New Zealand, the importance placed on earthquake drills. It was accepted as necessary and a part of growing up in a country on major fault lines. And to back it up, Wellington constantly shook, reminding us of the imminent danger of a potential earthquake.

While we practised these drills on a regular basis, I do not recall any trauma associated with it. Earthquakes were a fact of life, and something beyond our control. Thus, it made sense to practise the drills, and we thought little beyond the practicality of it, and the opportunity it offered to be released from the dull routine of studies and “have some fun”.

Most Australian children will have grown up with regular fire drills. While particularly relevant in today’s changing climate, this would take on an extra urgency in rural locations. Having said that, it is unlikely to resonate any more strongly with urban children than the earthquake drills of my youth, although it is required to be exercised at least once or twice a year.

Of course, the experience of children in Jewish schools is slightly different, and perhaps bears a stronger relationship to the American model, albeit with different perpetrators in mind.

Like non-Jewish schools, Jewish day schools run regular fire drills. But in addition to these, they hold regular lockdown drills. These drills, like those in the US, are designed to train the children to respond to the presence on campus of one or more dangerous individuals. Teachers receive regular training and updates on these matters by the Community Security Group or CSG. The process and instructions are very reminiscent of the US model.

While there have thankfully not been too many occasions in Australia to instigate lockdowns, they have occurred. Most recent was the Lindt Cafe siege in 2014, when Jewish schools across Australia sent students home in the wake of an ongoing hostage crisis in a Sydney cafe. Jewish institutions across the country were “in lockdown”, cancelling excursions and maintaining strict security measures. There have also been instances in which parents, concerned that Jewish schools presented as targets, have chosen not to send their children to school, as was the case post 9/11 and during the 2014 Gaza War.

While the drills reflect the security situation in which our Jewish community finds itself, they are not associated with the trauma of the American experience. Fifty-seven per cent of US teens reported in 2018 that they were worried a shooting could happen at their school, with one in four being “very worried”, according to a Pew Research Centre survey.

In Australia, we could well ask, are the drills necessary? Are they effective? Are there any unintended harmful consequences? Do they make students feel safer in school or do they make them worry about their safety in school more? According to a school psychologist at a major Jewish school, there is no anxiety among students of an incident happening, despite the regular drills and the spectre of armed guards at all major Jewish schools. The guards are often integrated into the school, and thus the children feel comfortable with them. In fact, because of the “normalcy” of security at Jewish institutions, it tends to be people from outside of the community whose anxiety is raised by their presence. More importantly, along with CSG volunteers, they act as a deterrent for anyone considering an attack.

That guns, guards and drills are “normal” is not ideal. But the benefit of a strong Jewish education and learning about the threats to the community and Israel – to be alert and to know how to respond – equip our children with a confidence that balances any anxiety around their place in the wider world. Our community can be thankful for the diligence of our leaders and CSG towards security, and the importance our education system places on developing confident Jewish children.

Danny Hochberg sits on a number of communal boards in the Sydney Jewish community.