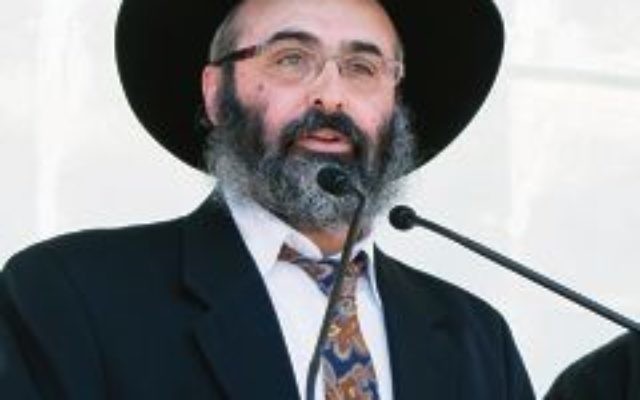 There is no denying the past three weeks have been traumatic, if not cataclysmic for the Jewish community. The testimony emerging from the Royal Commission has shocked us all.

Some reputations have been tarnished, others have been shattered. In the wake of the evidence, calls for reform and accountability have rung out across the rabbinical community.

And some rabbis have already paid a hefty price, among them Rabbi Meir Shlomo Kluwgant.

At this stage, it must be noted that compared to the heinous attitudes expressed by some rabbis who took the stand and the allegations of cover-ups and intimidation made against others, Rabbi Kluwgant barely registered on the scale.

Outside of the courtroom, meanwhile, he was a devoted servant of the community whether in his professional capacity at Jewish Care or in his leadership of the Rabbinical Council of Victoria and the Organisation of Rabbis of Australasia.

As president of both the RCV and ORA, he sought to present a rabbinate that was relevant and in touch, a rabbinate that earnt respect through its actions rather than simply by virtue of its members’ titles.

Further, he strove to build bridges both within the community and outside it, and was highly regarded for the positive and proactive face of Judaism he championed.

This is not to minimise the suffering of the victims of abuse or their families, nor is it to excuse any of Rabbi Kluwgant’s actions that may have impacted on the victims, nor is it to criticise the tremendous and commendable calls for reform and accountability that have arisen in the wake of the Royal Commission.

The Rabbinic Spring, if we may call it that, is long overdue.

However, we must be sure that the zeal for change does not turn into a witch hunt, or that the very beneficial work our spiritual leaders do is forgotten.

But we are also very fortunate to have very many good rabbis, who are a blessing to Australian Jewry. And occasionally some may slip up, as we all do.

Senior rabbis, rabbinical organisations and institutions say they have heeded the call.

As we strive to learn the lessons of the past few weeks and move forwards as a community, healing the rifts that have emerged in recent years, we must work together, not against each other, to ensure an outcome that is of benefit to us all.