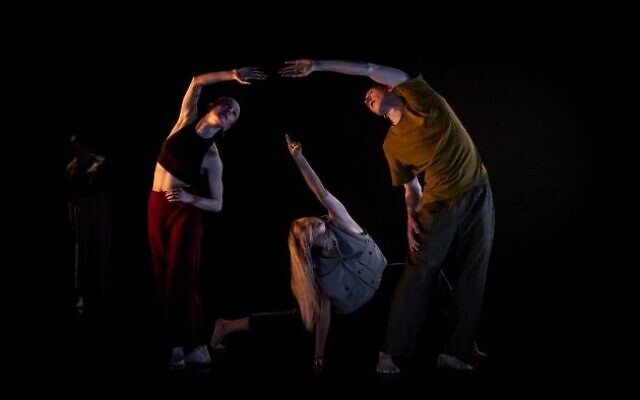 CENTRING a production around the swastika symbol could have been a controversial move, but NSW Jewish Board of Deputies CEO Vic Alhadeff has commended the Sydney Dance Company and choreographer Raghav Handa’s approach, saying, “The entire issue has been handled with sensitivity and understanding.”

One of four live dance works in the Sydney Dance Company’s annual New Breed selection currently being performed at Carriageworks until December 12, Handa strives to reclaim the swastika as an ancient emblem of harmony.

“No image has been more misused and abused than the Svastika – a symbol of peace and new beginnings in India and across Asia for millennia, the symbol of my family for generations – stolen by fascists to orchestrate control and domination,” reads a message shared by Handa before the commencement of each performance.

“For Hindu and Buddhist peoples, the Svastika is sacred and ubiquitous. Across India, it is found in front of every household, shop, in temples, altars, and on wedding invitations.”

In Cult of the Titans, Handa attempts to re-contextualise the swastika as a symbol of peace and renewal. He sees it as a responsibility to call its misappropriation into question.

After seeing the powerful performance last weekend, Alhadeff commented, “The swastika invokes a deep-seated response from Jews everywhere … We applaud the Sydney Dance Company for taking that profound awareness on board and turning the production into an educational vehicle that conveys the historical religious symbolism of the swastika – which is all too frequently forgotten, if not altogether unknown – while at the same time conveying the terrible regime it represents.”