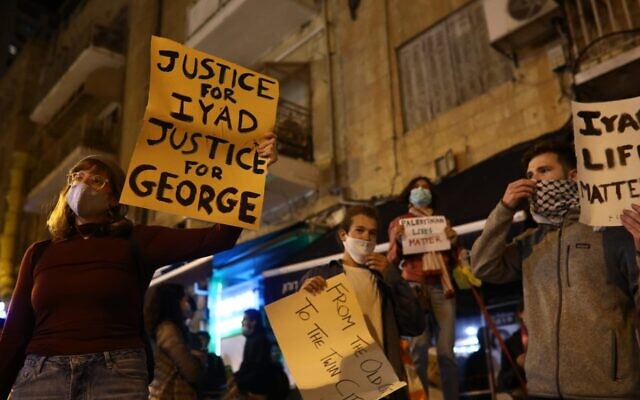 THE AJN adds its voice to those mourning the senseless killing of George Floyd in the United States last week.

At the same time, we also mourn for the family of autistic Palestinian man Iyad Halak, who was mistakenly shot in tragic circumstances in the Old City of Jerusalem.

While both men died at the hands of police, the two situations could not be more different. Restrained and in no way a threat – real or perceived – Floyd begged the officer who would end up killing him to remove his knee from his neck because he couldn’t breathe. His cries were ignored.

While Halak’s death is equally tragic, it appears to be the result of officers who are conditioned to being attacked by Palestinian terrorists with the intent to kill having to make a split-second decision – ultimately one that proved wrong with devastating consequences – when they feared he had a gun.

It is in no way equatable. Attempts to draw equivalence between the two incidents are entirely disingenuous and only serve to misinform and incite.

Anti-Zionist agitators have sadly gone even further and attempted to link the plights of African Americans and Palestinians generally, and to directly link American police violence to Israeli tactics and influence. Such falsehoods are part of a cynical attempt to hijack justified anger and frustration over a domestic issue and divert it to suit a poisonous hate-filled agenda against a foreign country.

The assertions are not only dangerous, malevolent and morally bankrupt, but they are insulting to the memory of George Floyd and to the decades-long struggle of African Americans for equal treatment.

By making the issue about alleged Israeli misdeeds, America’s divided past, its social inequality, and its polarised political landscape – critical issues that need to be addressed in order for the justice protesters are calling for to be realised – are thrown cheaply by the wayside.

There is no equivalence between citizens of a Western nation being treated differently by law enforcement due to their race and a country under constant threat from terrorism trying to protect all its citizens.

It is disappointing too that the Black Lives Matter movement tainted its own very just cause in 2016 by adopting anti-Israel positions in its platform.

There have already been enough victims. We cannot let the truth be one of them.