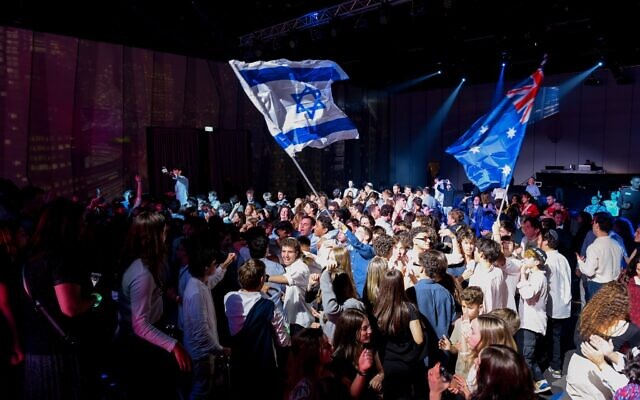 A true celebration of the relationship between Australian Jews and Israel. Photo: Facebook

In what is one of the largest gathering of Australians ever to take place in Israel, more than 1200 people gathered last week at the Together in Israel celebration hosted by the Mount Scopus College Foundation.

The entire Mount Scopus College cohort of years 10 to 12 of over 330 senior students have been in Israel on extended school Israel programs. This was the first time that three year levels participated in Israel programs at the same time.

The students were joined by almost 500 Australian Scopus Foundation members, friends and family, and more than 350 Australian alumni of the school.

The event featured an address by the President of Israel, Isaac Herzog. Reflecting on his family’s heritage, Herzog recalled that for his father “like for the founders of Mount Scopus, questions of the sustainability of Jewish life were deeply personal”.

Scopus Foundation president David Gold thanked Herzog for attending the event on what was the first anniversary of the passing of Herzog’s mother Aura. 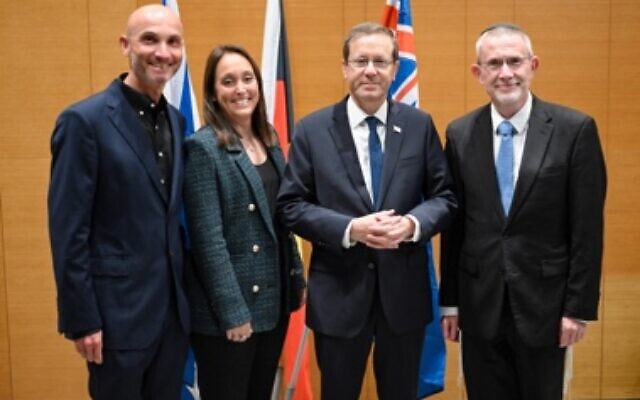 “The fact that you have come to speak to us on this most difficult of days shows the importance which you place on the relationship between Israel and the Australian Jewish community,” said Gold.

Gold recalled that he had been in the audience of students at Scopus in 1986 when Herzog’s father Chaim Herzog became the first president of Israel to visit Australia.

The opening and closing musical numbers of the event featured Scopus alumni, accompanied by 360° video mapping linking Australia and Israel.

The event also featured a musical performance by Scopus alumnus and Maccabiah Bridge survivor Jonathan Goldberg, as well as a concert from singer-songwriter Idan Raichel. 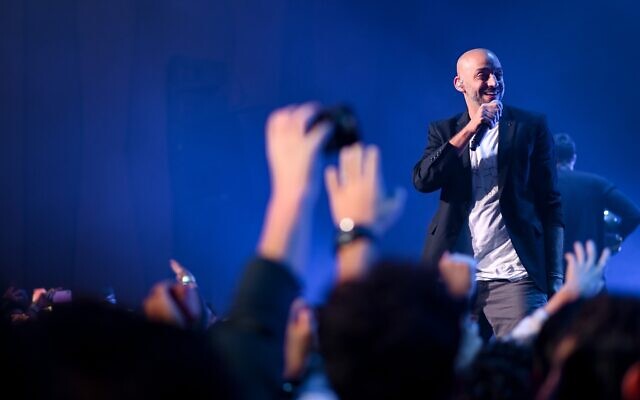 The school’s Israel program had been suspended by COVID over the last two years, however the school had promised all senior students that they would have the opportunity to participate in an Israel program.

The school estimates that close to 1000 graduates over its 74 years have made aliyah. Some of its most well-known, who were present at the event, included Israeli diplomat Mark Regev; head of pain and multidisciplinary palliative medicine for cancer at Shaare Zedek Medical Centre Professor Nathan Cherny; Jerusalem Post senior journalist Greer Fay Cashman; and head of the emergency department at Assuta Ashdod Hospital Dr Deborah Gershov West.