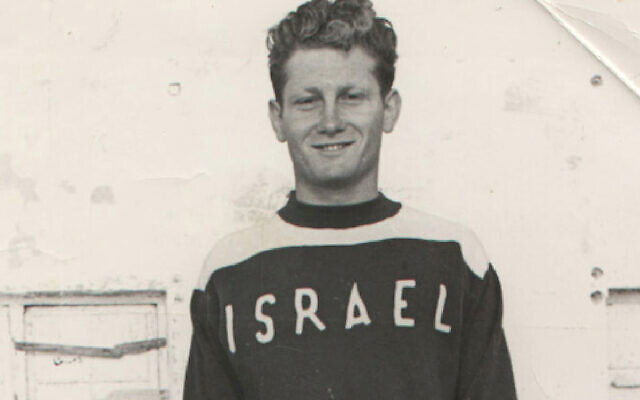 Nachum Buch, in his Israeli representative swimming years in the 1950s. He was Israel's first Olympian swimmer, competing in the 1952 Helsinki Olympic Games.

A “loved and revered icon”, a “pioneer of Israeli swimming”, a “Maccabiah Games legend”, and a “generous and truly inspirational man” who taught thousands of Jewish Melburnians to swim, are among a wave of tributes flowing in for Nachum Buch, who died in Melbourne on November 7, aged 89.

Most well known for becoming Israel’s first Olympian swimmer – competing in the men’s 100m freestyle at the 1952 Helsinki Olympic Games – Buch left an influential imprint in Jewish swimming in both Israel and Australia, from the grassroots to the elite international level, as an athlete, a coach, an official and a scholarship provider. 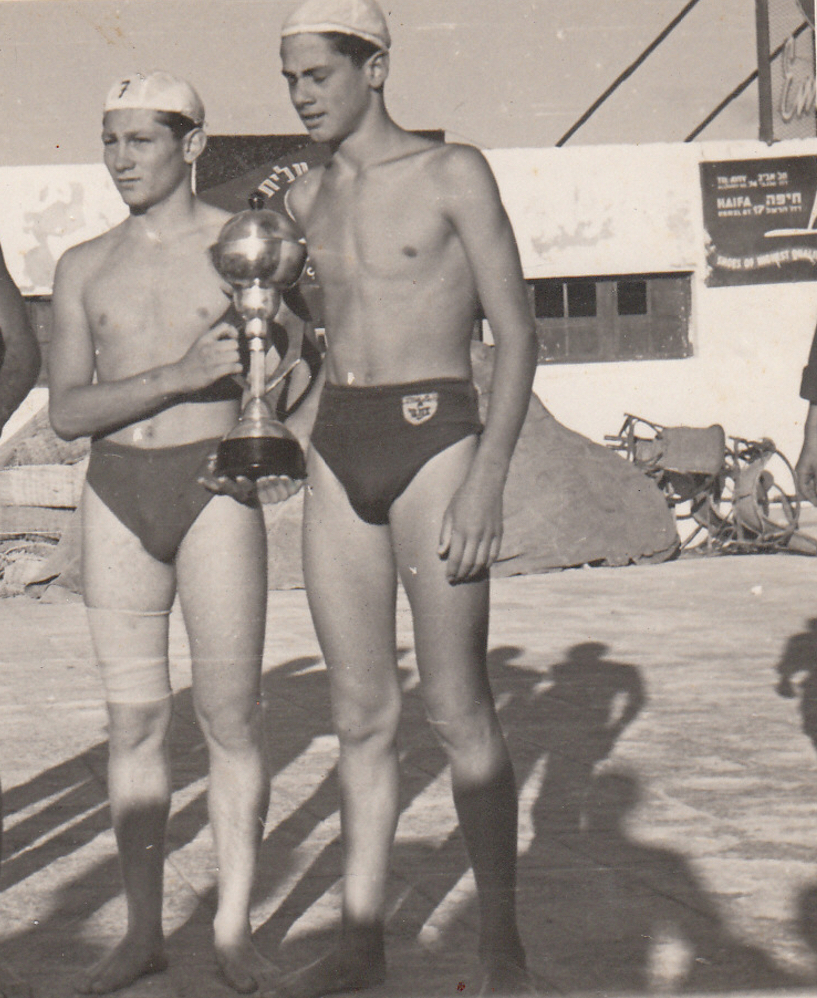 Nachum Buch (left) after competing in the 1950 Israel National Swimming Championships in Haifa, home to Israel’s only 50m pool at that time.

After his competitive swimming years, and before migrating to Australia in 1974, Buch became head swimming coach at Israeli club Brit Maccabim Atid, and then coach of Israel’s national swimming team.

He participated in 15 Maccabiah Games, including representing Israel as a swimmer three times, and as a water polo player twice, as Australia’s swimming coach at three Maccabiah Games, and later as an official. 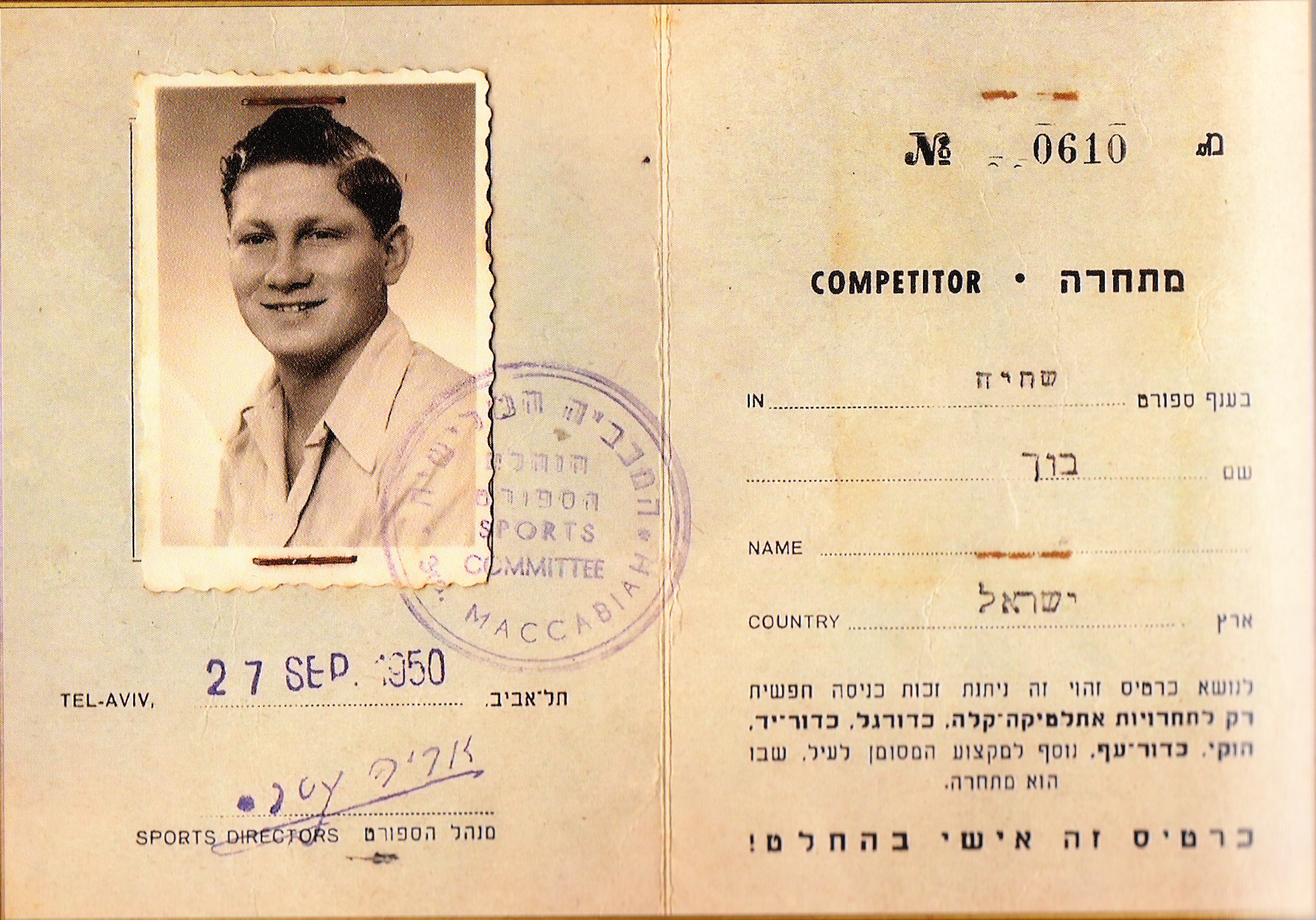 When the recently re-established Maccabi-AJAX Swimming Club was a powerhouse in Victorian swimming a few decades ago, it was under Buch’s coaching watch.

And as a swimming instructor at Maccabi’s old Alma Road site, as well as at Mount Scopus College’s pool from 1980 to 1994, Buch was renowned for going out of his way – often at the crack of dawn – to drive Learn to Swim participants to the pool.

In 2018, the father of three, and recently grandfather of two, established with his family the Nachum Buch Maccabi Australia Scholarship, providing a $2000 annual grant.

When launching it, Buch said he especially wanted “to help young swimmers to improve, and become top swimmers of Australia, and the world”.

Buch travelled to Israel almost every year, and his death made many Israeli news bulletins.

Israel Swimming Association (ISA) president Michael Halika told Israel Hayom, “The entire Israeli swimming family mourns the passing of one of our greatest swimmers – a man who set a path for all of us, and was the first to tread paths that no Israelis had walked before.

“We intend to commemorate his memory during the upcoming Israeli national swimming championships.”

One of Buch’s sons, Jonathan, told The AJN the family “has received hundreds of uplifting comments of tribute for Nachum, and that’s been such a comfort to us”.

“Many have a very strong memory of him – he had a very direct manner, that’s for sure, but he was one of the most generous people, once you got to know him.

“It was often said that one should be careful when asking him for a small favour, because you would end up with a big one.”

He added that it is likely that several of Buch’s personal items relating to his swimming career, such as swimming medals, will be donated to the Maccabi Museum in Tel Aviv. 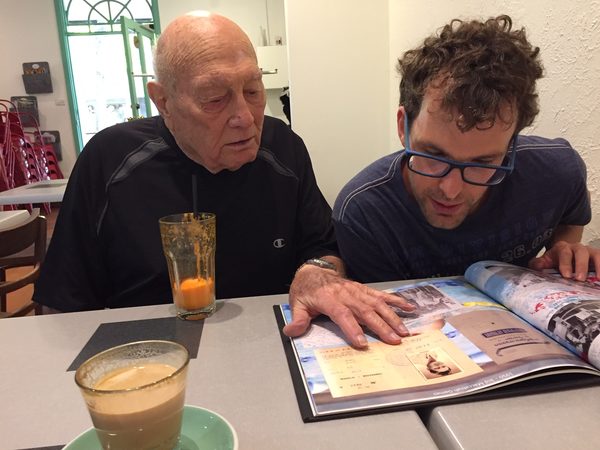 Maccabi Aquatics chair Barry Carp told The AJN, “Through his swimming coaching, Nachum lit the flame that still burns in so many of us [competitive Jewish swimmers] today – and that’s an amazing legacy”.

“His style was very old school, so if you didn’t do something the way he wanted, he’d let you know about it,” Carp said.

“He was passionate about swimming, and despite being an Olympian who had competed and coached at the highest level, Nachum always demonstrated humility.”

Maccabi-AJAX Swimming Club president Roelof Vogel said, “Nachum was an icon, loved and revered by the squads he coached”.

“Many of the Jewish masters swimmers still competing today, talk of the love of swimming that he instilled in them”. 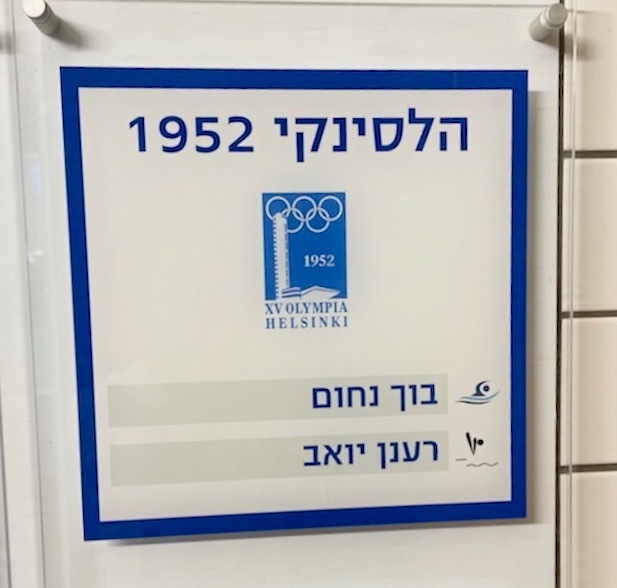 Rob Friedman, who nailed an almost 5-second PB on his way to winning gold for Australia at this year’s Maccabiah Games at the Wingate Pool in Israel – in the men’s 50-54 100m butterfly – told The AJN last week that “Nachum is probably the most influential reason I’m still swimming competitively now”.

“He used to drive me to the swimming pool early in the morning, and that’s where my love of swimming began.

“And we’d see each other throughout the years since, and even just before the 2022 Maccabiah Games.”

Moments after Friedman won his Maccabiah gold medal, amid a post-race interview, he walked towards a ‘wall of honour’ within the Wingate Pool stadium, and full of emotion, stopped, and pointed to a plaque that honours Buch’s 1952 Olympics swim. 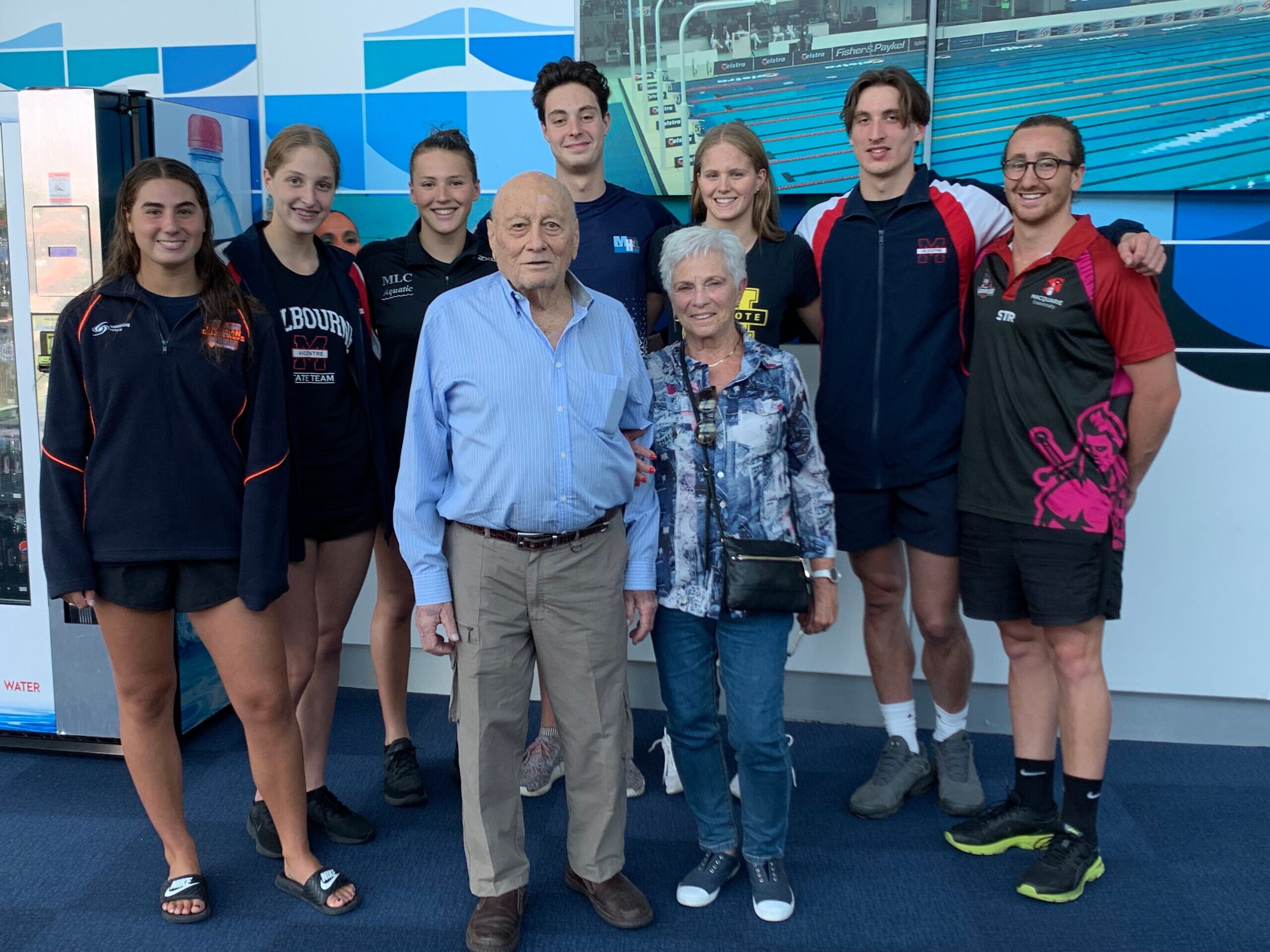 Nachum Buch (pictured, front, next to his wife Edna) with Jewish swimmers at the 2019 Victorian Swimming Championships.

Many more tributes and memories were posted on the Mt Scopus Old Collegians Facebook group site.

Jack Chrapot wrote on it that Nachum “taught so many of our children’s generation to swim, with his inimitable style, often throwing them in the pool”.

Rashi Elmaliah described Buch as “a significant influence in my life”.

“I’m always proud that an Olympic swimmer taught me to swim – we were all lucky to have him, and he will certainly be missed.

“Some [whom Buch taught] are even still competing, with the bug and passion that he instilled”.

Mark Bokser described him as, “a lovely man . . . tough as nails, but generous at the same time”.

Debbie Hilton wrote she was glad to see Buch having a swim at Prahran Pool “not too long ago”.

“He [used to] drive all around Melbourne twice a day, before and after school, picking up and dropping off any Jewish kid who wanted to swim.

“He gave so many kids an opportunity to train and swim – he was a truly generous man who gave so much to so many.”