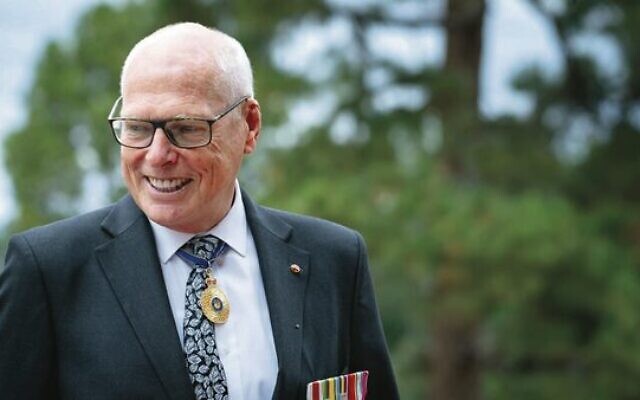 Senator Jim Molan passed away after a battle with cancer. Photo: Supplied

SENATOR Jim Molan has been remembered as a “true friend” of the Jewish community following his passing at the age of 72.

Molan was diagnosed with cancer two years ago, but returned to Parliament last year and was re-elected to a six-year term in the Senate in the May 2022 election.

Executive director of the Australia/Israel & Jewish Affairs Council (AIJAC) Colin Rubenstein said it was a privilege to work with Molan over the years.

“All at AIJAC were greatly saddened to hear about the untimely passing of Senator Jim Molan,” Rubenstein said.

“Senator Molan was a man of great principle and courage, who provided distinguished and dedicated service to our country in a variety of important roles, inside and outside Parliament. He was a thoughtful, intelligent, and unfailingly kind and generous person, and we were privileged to work with him on a number of occasions. He was a valued friend to the Jewish community and to Israel, and a great Australian who will be sorely missed.”

The Zionist Federation of Australia (ZFA) posted on their social media pages: “We are deeply saddened by the passing of Jim Molan. He was a true friend to the Jewish community and a strong supporter of Israel. He will be greatly missed. May his memory be a blessing.”

Jewish Liberal MP Julian Leeser also paid tribute to Molan with a lengthy post on his social media pages: “I served with Jim on the Joint Committee on Intelligence and Security, and he brought a lifetime of experience to the national security challenges Australia faced,” Leeser wrote.

“I will always be grateful for the contribution he made to the Menzies Research Centre book Don’t leave us the bill: the case against an Australian Bill of Rights, where he demonstrated the unintended consequences of a bill of rights to Australians on active service.

“Jim was always willing to engage in the big issues and he did so with a deep respect for others. May the memory of this truly great Australian be a blessing.”