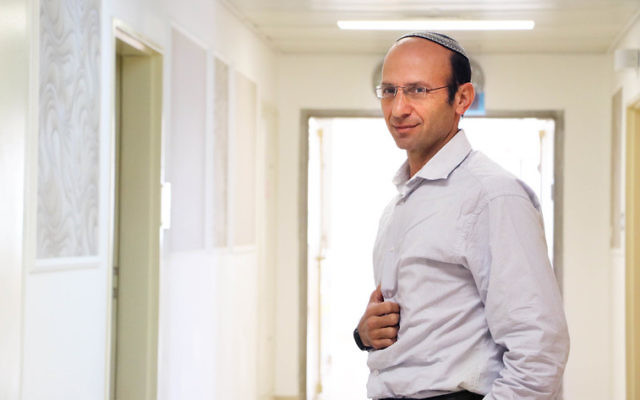 MENTAL health issues in Israel, particularly among Charedi Jews, are a priority for Professor Yisrael “Rael” Strous (pictured), who is in Australia this month to raise awareness about a new mental health unit in Bnei Brak.

Speaking to The AJN, Strous, who is medical director of Mayanei Hayeshua Hospital’s mental health department, explained some of the ways in which the ultra-Orthodox community approaches the issue of mental health, with hospital staff and the hospital’s rabbinical team working closely with the community.

There is a particular focus on eradicating the stigma surrounding mental health that prevented observant families from seeking help in the past, he said.

Strous debunked the theory that Charedis are immune from the siren song of popular culture and the media that encourages young women to emulate super-thin models, often resulting in eating disorders. “We see it in boys and in girls who are underweight and overweight.”

And with marriage by shidduch strongly influenced by appearance, he said young people sometimes starve themselves to reach an imagined look to appeal as a potential match.

Others have used religious observance as a cover for psychological problems such as obsessive-compulsive disorder (OCD), expressed in actions such as hand washing, which is a ritual in Judaism, but at an unhealthy level is a symptom of OCD, he explained. In addition, misdiagnosing OCD as psychotic has caused unnecessary alarm among religious Jews, he said. “Being Charedi does not cause these issues, but they exist side-by-side.”

Strous said depression among Israel’s Charedis is not less prevalent than in the general population, but the suicide rate is lower “because of the severe taboo”. However, the highest occurrences of suicide, he noted, are by lapsed Charedis, who lose the framework of their tight-knit community.

While in Melbourne, Professor Strous’s talks will include Chabad Malvern on September 12, RSVP to chabad.com.au/ethicsseries; the Australian Jewish Medical Federation on September 13, RSVP to presvic@ajmf.org.au; and B’nai B’rith Young Adults on September 14, www.humanitix.com/event/professor-strous/.