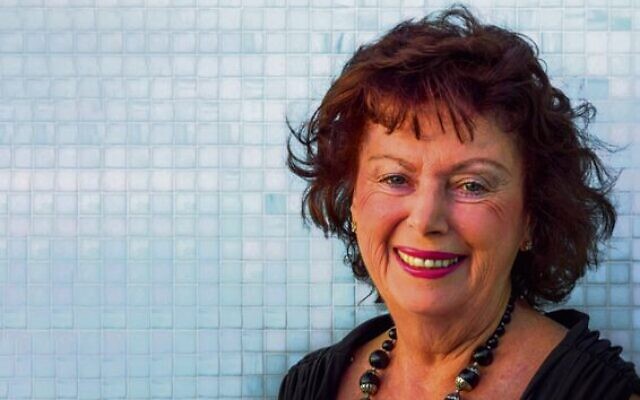 Child survivor of the Holocaust and author Diane Armstrong spoke to The AJN about her most recent book, Dancing with the Enemy.

The new release is a story told in two different timeframes.

Jersey is the largest of the Channel Islands located between England and France.

The story follows a young medical intern, Xanthe, who travels to Jersey.

“Because she doesn’t know anybody there, she wants to recalibrate her life, and while she’s there, she makes unexpected connections with people in the past,” Armstrong explained.

When asked why she chose Jersey as the setting of her new book, Armstrong elatedly shared stories about her personal travels there.

Armstrong said she first visited Jersey back in 1987, adding “I never forgot Jersey because it really struck me as an incredibly interesting place.”

During her trip, the erstwhile journalist, said she met many interesting locals.

“Quite by accident, I stopped to admire an incredible manor house that looked like something out of one of those gothic novels, and the lord of the manor came out. We got talking, and he asked me if I’d like to come inside and look.Of course I would, what journalist wouldn’t?”

This interesting man quickly became her inspiration for one of the characters in Dancing with the Enemy.

“The lord of the manor that I met became the bailiff of Jersey, in my novel,” Armstrong said, saying many other people she met during her travels appear similarly in the novel under a different name or title.

“Although I have fictionalised it, all my novels are partly based on history or historical fact. Some [characters] are based on real people, but they are fictionalised … they are sort of a flexibility, a facsimile of a human being that I’ve met,” she said.

The history of the small town of Jersey was the main inspiration to set her story there.

“Jersey, and the Channel Islands were the only part of the United Kingdom that were occupied for almost the entire war by the Germans,” she said.

Armstrong, who visited the island again only a few years ago with her partner, was inspired by what had transpired there.

At the museum in Jersey, Armstrong looked around and was fascinated by the various displays until, “something caught my eye,” she said.

“It was an invitation from the German occupiers, to the young ladies of the island, inviting them to a dance. And then I thought, well, there were girls there that danced with the enemy.”

As she wrote the book, Armstrong became more and more aware that “dancing with the enemy”, could mean many things.

“It wasn’t just the literal dancing with the enemy, which happened,” she said, adding, “It was also a way that people somehow came to some kind of accommodation with being occupied.

“The dances that people made to try and survive, to try and come to terms with their life, and continue their lives as best they could.”

Armstrong has written other historical fiction novels, including The Collaborator, Empire Day, Nocturne, Winter Journey, as well as her family biography, Mosaic.

She shared that the themes that recur in her book are “human behaviour, and moral dilemmas and moral ambiguity”, and she often uses the Holocaust to explore them.

As a child survivor, Armstrong said that she does not remember very much of what happened to her during the Holocaust because she was very small at the time.

“That being said, the Holocaust is really the defining event of my life,” she explained.

“I think what [experiencing the Holocaust] has done for me as a writer, it has made me insatiably curious to explore the behaviour of people who are caught in situations when their resilience and their courage is put to the test, and how they managed to survive. And how, for some people in those circumstances, it brings out the best in them, and in some people, it brings out the worst.”

Despite not remembering the experiences she endured during the Shoah, Armstrong shared an experience she had while writing Mosaic.

“I remember, clearly, there was one incident where I’d been writing about my grandmother, and her eldest daughter, who were hiding in Warsaw, and at one point, I left the computer, and I went into the kitchen to prepare something for dinner, and suddenly, I stopped, and I thought, how can I be standing here chopping up carrots when in the other room, my grandmother and aunt are struggling to survive?”

Through her various life experiences Armstrong said it is inevitable that her “world view comes through in what I write”, despite it not being her intention to educate or advocate.

“I see life as a symphony with notes that delight or terrify, in a universe that continually surprises us with enriching connections, but it sometimes takes a long time to hear the music!”

Dancing with the Enemy is published by Harper Collins Australia, $32.99 rrp