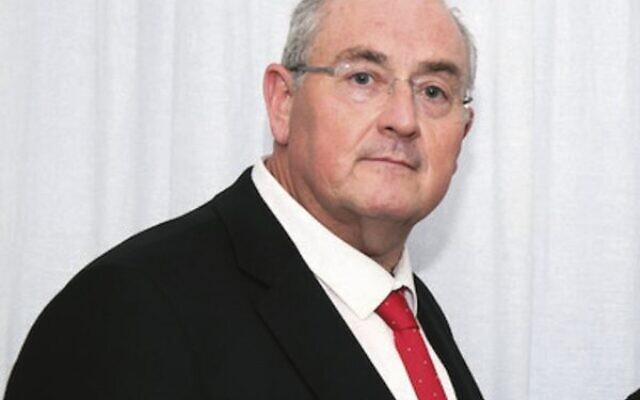 NSW Shadow Minister for Police and Counter Terrorism Walt Secord (pictured) believes three acts of vandalism targeting himself and his wife are linked to statements he has made against neo-Nazis and his ongoing opposition to extremism.

Secord, who is also the deputy chair of the NSW Parliamentary Friends of Israel, has spoken out in Parliament about neo-Nazi extremists, and also recently put forward legislation to ban the display of the Nazi flag and swastika.

“As Shadow Minister for Counter Terrorism, I have spoken out against the anti-lockdown protesters; against Hizb ut-Tahrir in Australia and the Taliban; neo-Nazis; and other far right wing groups as well as Islamic fundamentalists,” he said.

He believes this is why his car tyres and those of his wife have been damaged, with police informing him it was unlikely the incidents were a coincidence due to the same screws being used.

“We need to be vigilant due to the recent high profile attacks on parliamentarians overseas,” he said.

Earlier this month in the UK, Sir David Amess MP was fatally stabbed while meeting with constituents in what police are treating as a terror attack.

In a September 20 letter to the Department of Premier and Cabinet, Secord – who completed his conversion to Judaism earlier this year before marrying his Jewish partner Julia Levitina – revealed his home had been the subject of a police security assessment, which had resulted in seven recommendations.

Secord praised the “professional and diligent response” from the NSW Police and the Jewish Community Security Group, saying they were prompt and the police conducted a full audit.

“The NSW Police couldn’t have been more professional; they were sensitive and across the issues,” he said.

NSW Police recently gave evidence in a state parliamentary hearing about how right-wing extremists occupied about 20 per cent of counter-terrorism efforts.

They also said that there were about 1000 people under surveillance in the four tiers of concern, most being far-right and religious extremists.

Secord added that some of the abusive emails sent to his office had been forensically traced to an American server.

“Overall, I have to admit that I am quite p****d off. Every morning, I now check our cars before driving away,” he added.