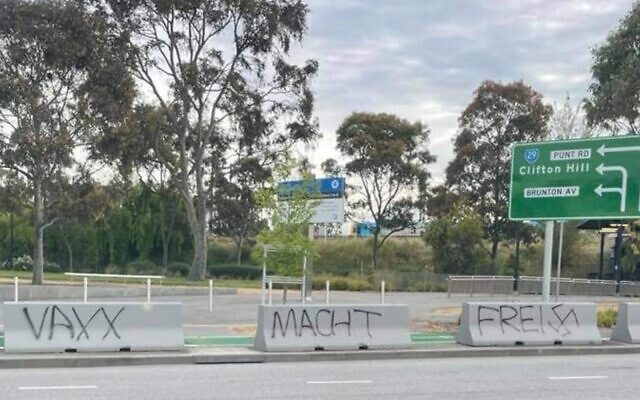 THE Anti-Defamation Commission (ADC) has condemned a surge in graffiti across the country equating the mandating of COVID-19 vaccinations to Nazi Germany.

It comes as the words “Vaxx macht frei”, along with a swastika symbol, were on Thursday discovered scrawled on Melbourne’s Punt Road and Olympic Boulevard.

“There is no excuse for this hateful comparison which is an affront to the memory of the victims and survivors,” ADC chair Dvir Abramovich told The AJN. 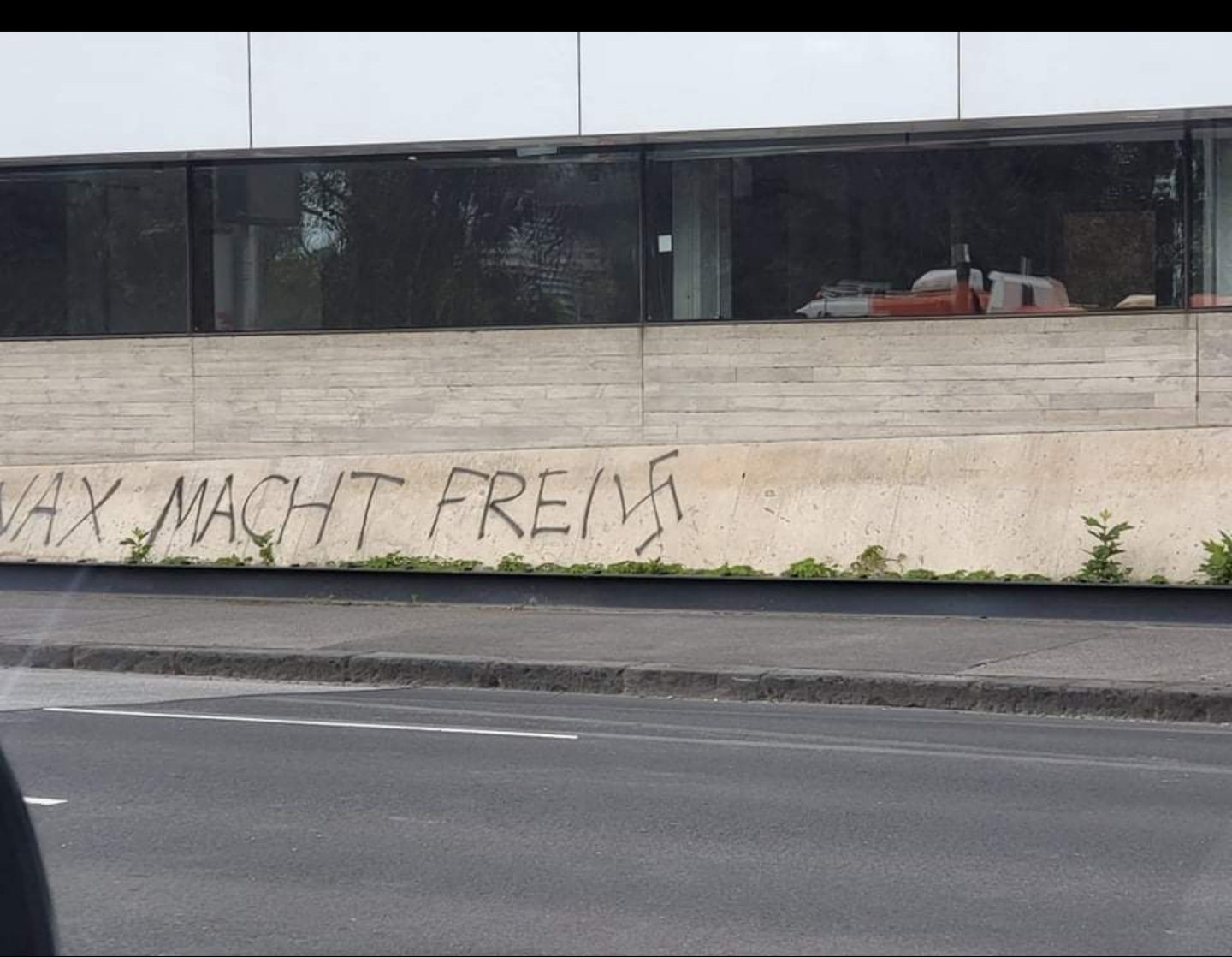 “To exploit the slogan used by the Nazis at the entrance of Auschwitz, the site of the largest mass murder in history, where 1.1 million men, women and children were systemically annihilated on an unfathomable scale, is indefensible and cruel.”

He added, “There are ways to have a reasoned and legitimate debate about vaccines, and people are of course free to voice their opinions, but they should do so without going to the Holocaust playbook.

“To compare public health measures aimed at saving lives and protecting the public to the state sponsored ‘Final Solution’ plan of the Nazi regime is not only an abhorrent act of moral degeneration but also dilutes the suffering and crimes of the Nazi genocide.”

#BREAKING The words "No Jew jab for Oz" were this morning discovered scrawled on a wall of Ikea in Richmond, Victoria. A…

Posted by The Australian Jewish News on Wednesday, September 22, 2021

Late last month, the words “No Jew jab for Oz” were discovered scrawled on a wall of Ikea in Richmond, Victoria.

In Sydney, a man wearing yellow Stars of David on his T-shirt with the words “Vaccine macht frei” inside them was seen walking along the Bondi Beach promenade.

Watch The AJN’s interview with the man below:

An insult to the six million. Filmed by The AJN at Sydney’s Bondi Beach today.

Posted by The Australian Jewish News on Monday, October 4, 2021