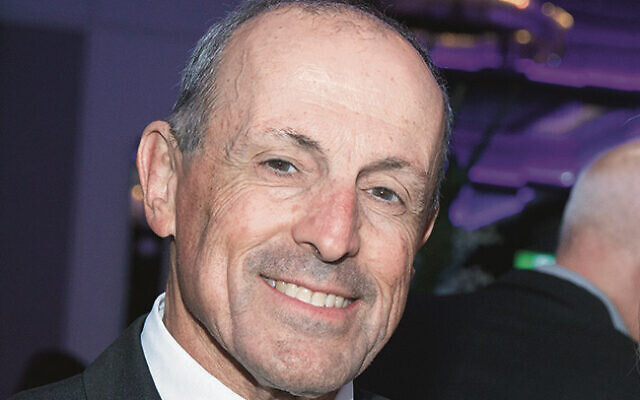 AFTER 16 years of service to the NSW Jewish Board of Deputies, CEO Vic Alhadeff has notified the Board of his intention to step down.

The Board and Alhadeff will commence a search for a successor, and Alhadeff will assist with his successor’s transition, after which he will relinquish his full-time CEO duties in the first half of 2021 and then assume the role of part-time consultant, focusing on the external relations of the Board.

The announcement was released on Thursday in a joint statement by Board of Deputies president Lesli Berger and Alhadeff.

“Vic has been a dedicated and tireless leader of the Board and the community for 16 years and has substantially elevated the work of the Board and its status in the Jewish and general communities to the great heights it now enjoys,” Berger said.

While CEO of the Board of Deputies, Alhadeff served as chair of Multicultural NSW and as spokesperson for the Keep NSW Safe coalition, which campaigned successfully for legislative reform to outlaw incitement to violence on the basis of race, religion, gender and sexual orientation.

“We accept Vic’s decision with great regret,” Berger said. “We appreciate the fact that he has agreed to work with us to ensure a seamless transition and succession, in order to maintain and enhance the standing and effectiveness of the organisation into the future. His talents and expertise will then continue to be available to us as a consultant.”

Saying it had been “an honour and privilege to have represented the Board of Deputies”, Alhadeff added: “The Board and the NSW Jewish community have been in my DNA for these 16 years, and it has been gratifying to have worked for the well-being of every member of the community, from our new-born babies to our centurions and Holocaust survivors.

“I remain dedicated to that noble pursuit and will do whatever I can to effect a seamless transition to my successor.”

Prior to taking up his role as CEO, Alhadeff was editor of The Australian Jewish News, serving on the newspaper for 18 years, during which time he travelled to Moscow three times to cover the campaign to free Soviet Jewry; to Berlin to cover the collapse of the Berlin Wall; and to Israel, where he reported on the Gulf War and the assassination of Prime Minister Yitzhak Rabin.

Full coverage in next week’s AJN.