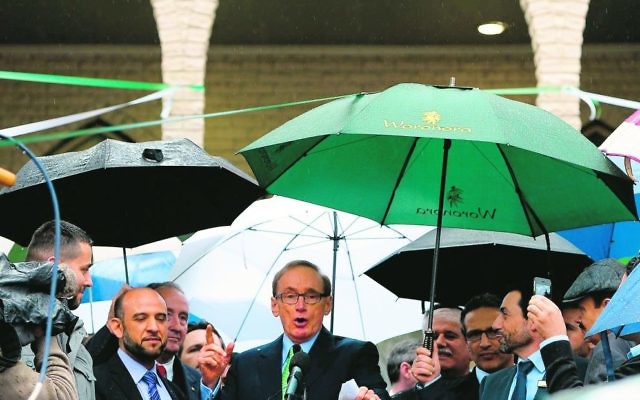 JEWISH leaders have voiced concern over reports that a vote in Western Australia could become the next stage in a creeping move within the ALP to grant unconditional recognition to a Palestinian state.

If numbers in the powerful Left faction of the party hold, a resolution calling for unilateral recognition of a Palestinian state is likely to be carried at the August 26-27 state conference, making WA the second state, after NSW, to put such a motion to its state conference. The NSW conference takes place this weekend.

South Australia last month passed a resolution in its state parliament calling on the federal government to recognise a Palestinian state.

Labor powerbroker Bob Carr publicly backed the WA move, in line with his campaign to foist unconditional recognition of Palestine onto the ALP policy agenda.

But Jewish communal bodies were deeply concerned. Describing the proposals at Labor state conferences as “misguided and counterproductive”, Jewish Community Council of Western Australia’s public affairs director Steve Lieblich said: “Such recognition will only encourage further Arab terrorism, prolong the conflict, and would be contrary to the interests of all people in the region, above all the Arabs.

“The Palestinian Authority incites anti-Semitism, glorifies martyrdom and encourages terrorism, by awarding generous lifetime pensions to terrorists and their families, on a sliding scale – the more Jews they kill, the higher the pension,” he noted.

Describing the motion as “completely unbalanced and unfair”, Executive Council of Australian Jewry executive director Peter Wertheim added, “Given what has thus far been an irreconcilable philosophical and political division between the Palestinian Authority and Hamas, which each control different parts of the territory claimed by the Palestinians, there is currently no Palestinian entity that meets at least one of the essential requirements for a state according to international law, and common sense, namely a government,” he said.

Zionist Federation of Australia president Danny Lamm described the latest development as “a totally destructive resolution rewarding the Palestinian Authority for refusing to negotiate with Israel and thus undermining any chance for a peaceful resolution”.

Australia/Israel & Jewish Affairs Council executive director Colin Rubenstein said: “Any resolution calling for unilateral and premature recognition of a Palestinian state would be disappointing, ill-conceived and detrimental to the cause of peace it purports to advance.

“Such resolutions ignore the fact that Israel has repeatedly offered viable two-state peace deals, but the Palestinian leadership has been unable or unwilling to say yes,” he noted.