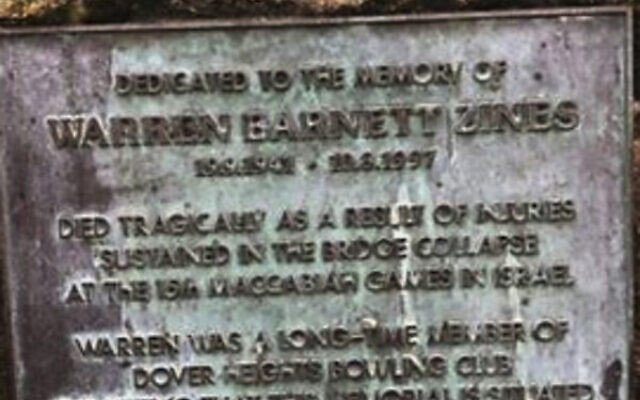 The Warren Zines Reserve in Dover Heights has been named since 1999.

WAVERLEY Council has refuted reports the reserve in Dover Heights named after Warren Zines will be renamed after AFL great Adam Goodes, instead insisting the existing name is in the process of being formalised.

Zines, a lawn bowler and local pharmacist, was one of four Jewish Australian athletes killed during the bridge collapse ahead of the opening ceremony of the 1997 Maccabiah Games in Israel.

Two years later, during a special ceremony, the Warren Zines Reserve was dedicated on a piece of land where Dover Heights Bowling Club once stood – where Zines and his family were avid lawn bowlers and members.

It was a unanimous decision at the time to name the reserve after Zines, however no application was formally made to the Geographic Names Board (GNB).

The AJN understands that this oversight is now being corrected and a formal application has been made to the GNB, with current council unanimously in favour of retaining the name. 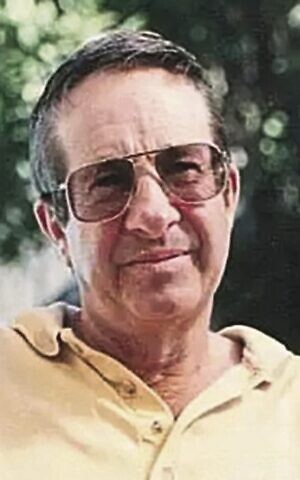 Warren Zines tragically died when the bridge collapsed during the 1997 Maccabiah Games.

The application is open for public comment until December 9.

According to a Fairfax report, Bondi resident Sam Collins last month submitted an application to the GNB for the reserve in Dover Heights to be officially called Adam Goodes Lookout.

Collins said in his submission that it was important to recognise Indigenous heroes who have had a positive impact.

In response, Zines’ wife Lynette told 2GB host Ben Fordham, “I have no problem with a park being named after Adam Goodes, in fact I think it’s a wonderful idea, but don’t take away the name of another park that’s already been named.

“Warren was a well-known sportsperson and local pharmacist,” Zines said.

“That park was named in his memory two years after his death. It was a beautiful ceremony at the time.”

A cultural audit of locations and names referencing Aborginal cultures is currently being conducted by the Gujaga Foundation, who said in a statement that it did not recommend changing the name of Warren Zines Reserve.

“The park is already adjoined to Cadigal Place and this location does not currently possess a high level of significance to the local Aboriginal community.”