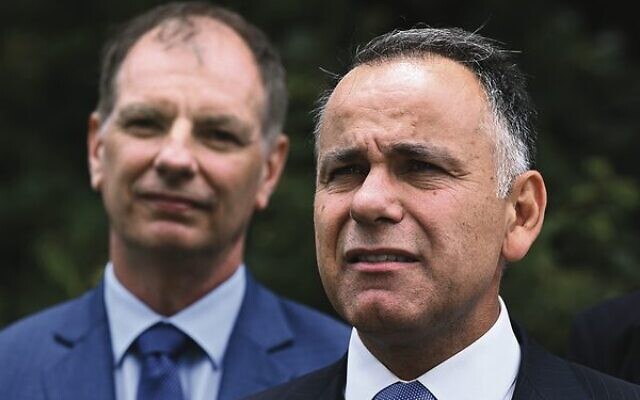 SECURING a fourth term in his seat, David Southwick said he “bucked the statewide trend” – and as the re-elected Liberal deputy leader, proclaimed that the Victorian party is ready for “a grassroots reboot”.

The Caulfield MP – who notched a swing of more than two per cent towards him at the November 26 election – was re-elected as deputy leader last Thursday.

Southwick’s success in Caulfield was one of the few bright spots for the Liberals in an election which produced a defeat nearly as decisive for the party as that of four years ago.

Following former leader Matthew Guy’s decision not to recontest the leadership, Southwick will serve with John Pesutto, who was elected as Liberal leader after he narrowly secured Hawthorn, the seat he had lost to Labor in 2018.

Southwick will be part of the Victorian Liberal Party’s small leadership team headed by Pesutto and including MLCs Matt Bach and Georgie Crozier.

“I am humbled and honoured to be re-elected by the residents of Caulfield,” Southwick told The AJN. “Going into this election, as one of the most marginal seats in Victoria, holding Caulfield by less than 200 votes, this election was always going to be challenging.”

Paying tribute to rival candidates, he said, “This election was my toughest battle yet, with a record-breaking six Jewish candidates … Our grassroots campaign, combined with an amazing group of volunteers and a wonderful family, got us there in the end, receiving over a two per cent swing to us and bucking the statewide trend.”

By the 2026 election, the Liberal Party will have been in opposition in Victoria for 22 of the last 26 years, a situation Southwick described as a “harsh fact” and “an absolute failure”.

“What it says to me is that we need to start doing things differently, otherwise we will get the same result,” he noted. “It is for this reason that I decided to put my hand up for deputy leader, having only served in this position for 12 months. I am honoured that my colleagues have selected me.”

Southwick described new leader Pesutto as “a perfect choice for this role, one that involves a grassroots reboot for the Victorian Liberal Party” and would “bring the big ideas that will set Victoria up for the next 50 years”.

Hoping to continue as co-convenor of the Parliamentary Friends of Israel, he described Pesutto as “a great friend of our community and of Israel” and foresees a visit to Israel with him.