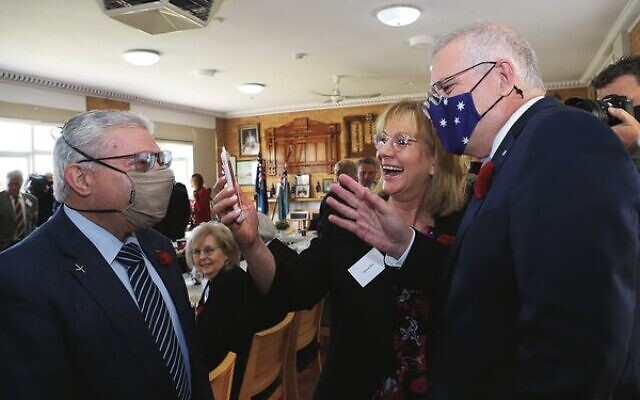 Felix and Yvonne Sher, who lost their son to Taliban rocket fire in Afghanistan in 2009, were greeted by the PM at the service, engaging in discussion about Greg’s sacrifice and the difficult journey the family has faced over the past 12 years.

During the discussion, Morrison was introduced to Greg’s nieces and nephews over Facetime, Yvonne lighting up as the Prime Minister gave her excited grandchildren a smile and a wave.

Addressing the veterans, their families and the local RSL representatives in attendance, the PM acknowledged and thanked those who served Australia, particularly acknowledging the Shers’ sacrifice, along with Lieutenant Marcus Case who also died serving in Afghanistan. 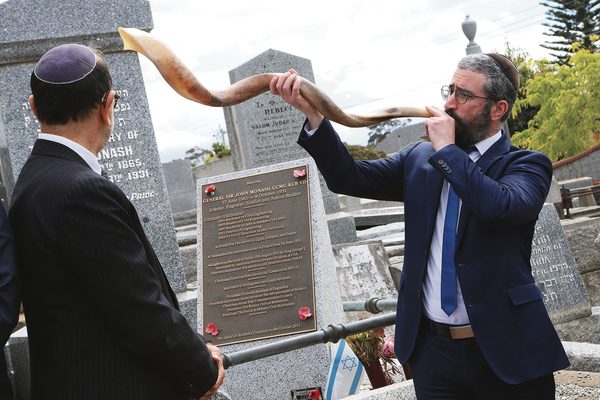 “We remember Greg and Marcus today, along with 102,000 other Australians who have done more for this country than any of us could possibly imagine, because we are all here, because they gave their today so we could have this tomorrow, and that is something we will be forever grateful for,” he said.

“Greg – it was said he’d do anything for anybody,” Morrison added, recognising the private as “a young man of purpose and determination for whom serving his country was the ultimate reflection of his character”.

“His colleagues said of their quiet friend: he always got the job done.”

Remembering the iconic military leader for his “courage and vision,” and his role in restoring “hope and renewal to an aching Australia,” senior Australian Defence Force (ADF) chaplain and Jewish Care senior rabbi, Rabbi Ralph Genende, who attended the service, told The AJN, “May our memories of Sir John/Jacob and the Melbourne Shrine of Remembrance he helped create, inspire us to dream and to achieve and to continue to strive for peace and freedom.”