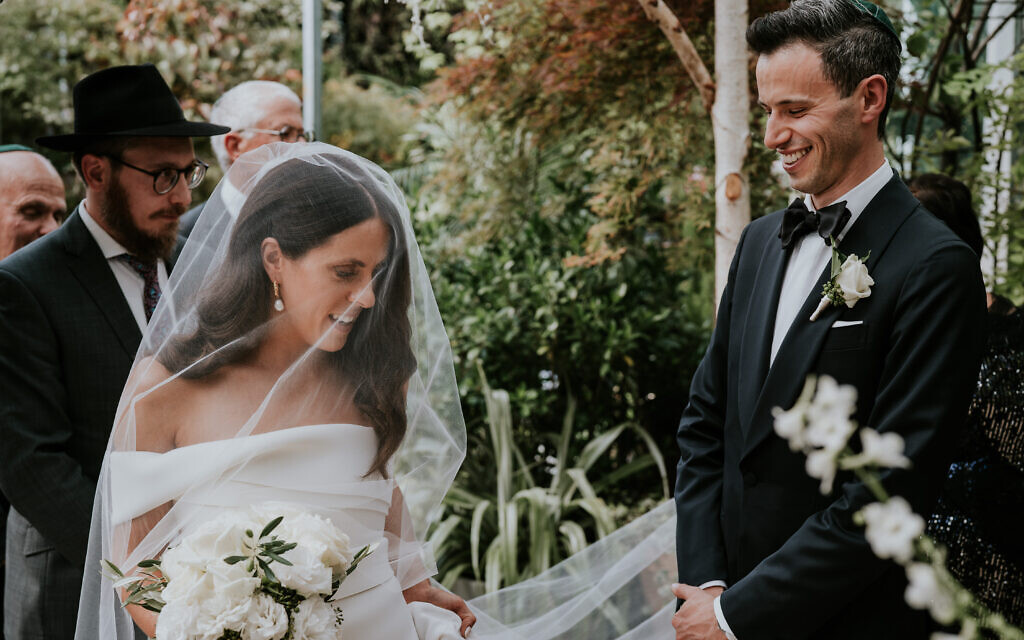 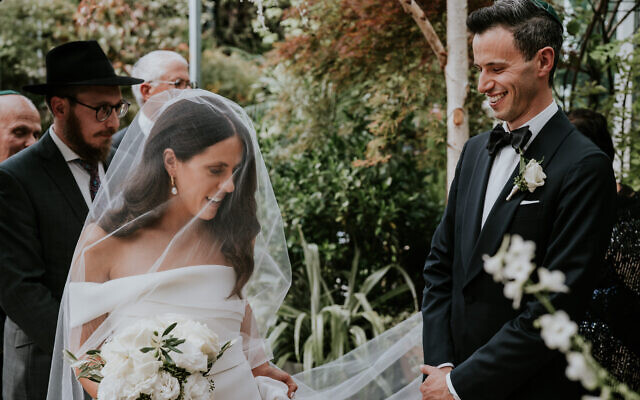 When Simi Lewin and Jeremy Posner’s large engagement party in March 2020 was derailed by the outbreak of COVID-19 just weeks earlier and replaced with a backyard gathering of 10 family and friends, the couple booked their wedding reception for a year later – on March 7, 2021 – at one of Melbourne’s newest function venues, the State Library. As the months passed and the pandemic remained in Victoria, the couple started to worry about whether two key guests who had been working in London for several years – Simi’s sister Jackie Lewin and Jeremy’s cousin Josh Prince – would manage to arrive home in time. When Jackie was bumped from her original flight home about a month before the wedding, Simi and her parents, Jenny and Garry, became worried. But Jackie managed to book another flight from London via Singapore to Sydney, which meant that after her two-week mandatory hotel quarantine she would be in Melbourne five days before the wedding. “I was scared that Jackie would be stuck in hotel quarantine while the wedding was taking place,” said Simi. Josh, who was the MC at the wedding, managed to organise a flight that arrived in Australia in December.

Plans for the wedding were proceeding well for Simi, 30, a project manager, and Jeremy, 31, a data analyst. The chuppah would be held at Glasshouse Outside in Richmond, an inner-city venue with lush vegetation for about 50 guests, followed by the reception for 160 people at the State Library. But there was more drama to come – during Victoria’s five-day lockdown in mid-February this year, staff from the State Library rang Simi. “They told me there had been major water damage at the library and the room that we had booked for our wedding (the Ian Potter Queen’s Hall) in three weeks’ time would be out of action for two months,” explained Simi. “We had the choice of postponing the wedding or using another space, the Conversation Corner, for the reception, which we chose. “The staff promised to do whatever was needed to make our wedding day special.”

When guests arrived at the State Library for the wedding reception, cocktails were held in the majestic La Trobe Reading Room with its ornate domed ceiling before moving to the Conversation Corner, a more intimate space that proved to be a perfect venue with long tables for the guests and a compact dance floor. As guests entered the room, they passed a welcome sign painted by artist Zelman Lew, Simi’s uncle. The State Library’s event space opened in late 2019 and had only hosted a few weddings before COVID-19 forced its closure, and Simi and Jeremy’s wedding was one of the first to be held when restrictions eased so that guests could dance a hora and celebrate without wearing masks. For most of the guests it was the first wedding that they had been able to attend in a year and they were thrilled to be a part of the celebrations. The newlyweds had a week-long honeymoon in Byron Bay.