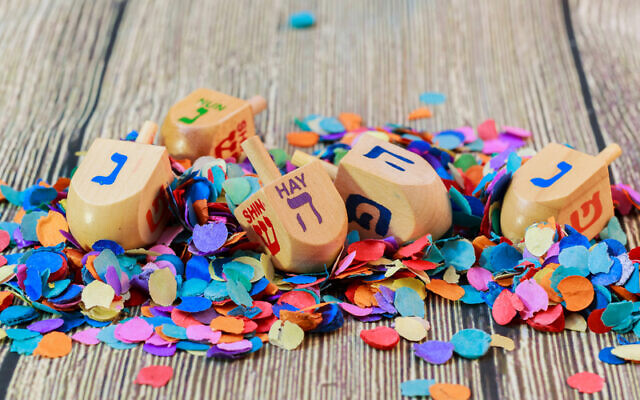 What is Chanukah?” asks the Talmud. The answer given is this:

“When the Greeks entered the Sanctuary, they contaminated all its oil. Then, when the royal Hasmonean family overpowered and was victorious over them, they searched and found only a single cruse of pure oil that was sealed with the seal of the High Priest –enough to light the menorah (candelabra) for a single day. A miracle occurred, and they lit the menorah with this oil for eight days. The following year, they established these [eight days] as days of festivity and praise.”

Besides the fact that this was a miracle that occurred behind the closed doors of the Temple with only a few priests to behold it, it was an event concerning a religious symbol without any consequences on life, death and liberty. If the Jews would have been defeated by the Greeks, there would be no Jews today; if the oil would have not burnt for eight days, so what?

Among many answers given to this question, one profound answer is provided by Rabbi Yehuda Leowy (1512-1607), known as the Maharal of Prague.

Let us understand something about the nature of the conflict between the Greeks and the Jews. The Greeks were in many ways a nation with a very enlightened culture. They professed a love for science and logic; they created systems of logical thinking and deduction; they were passionate about philosophy, biology, maths, and they developed literature, art, architecture, sport and athleticism. The Greeks emphasised the power of reason and the importance of individual conscience.

Which was the reason for the Hellenising of most Jews living at the time. Their Weltanschauung had deep appeal for the Jews.

Yet there was the great contrast between Judaism and Greek wisdom:

The difference is not just academic; rather, it has some very dramatic ramifications. For the Greek we are living in a world of nature. Even if God exists, He is to be understood as “the first cause”, the one who builds the clock, but then the clock ticks on its own. God is divorced from nature.

For the Jew, there is unity in the world – every aspect of the world is a manifestation of God. We are living in God’s world. And even nature is an expression of Divine will and energy.

Now we will understand the need for the oil miracle, says the Maharal. Had the oil miracle not happened, people might have attributed the military victory to the workings of nature alone. Sometimes the few do win against the many; sometimes a David defeats a Goliath; sometimes nature smiles to the underdog. The Maccabees struck out lucky and defeated the Greeks in Jerusalem.

The Maccabees fought a brilliant guerrilla war and they won. Why attribute it to God? What does nature have to do with God?

This was the need for the oil miracle: there was the need for an event for which there could be no “natural” scientific explanation. This demonstrated the truth that though the Maccabees were brave and clever; but it was the Creator of the world, who conferred victory upon them.

Mendy Groner is rabbi of Chabad House of Glen Eira.