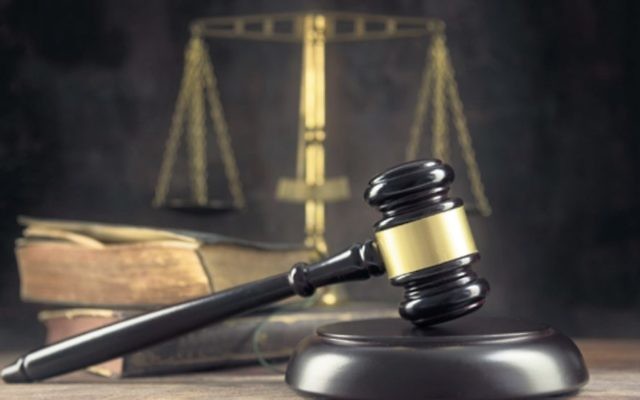 THE leading rabbis of Australia have shown a lack of respect for the Australian legal system by ignoring a ruling of three courts and instead focusing on one dissenting opinion, writes Joshua Levi.

After the Royal Commission into Institutional Responses to Child Sexual Abuse, the rabbis called time on the tarnished Organisation of Rabbis of Australasia and launched the Rabbinic Council of Australia and New Zealand (RCANZ) as a sign the rabbinate was turning over a new leaf.

“We will look to work together with rabbinic and lay leadership to create a robust rabbinate that the entire community can be proud of and we hope to only bring honour to the community,” Rabbi Paul Lewin, the first president of the organisation said when RCANZ was founded.

Rabbi Lewin said the new organisation would help educate members to face the challenges of the modern rabbinate, develop a code of conduct which all members must adhere to, and represent them more efficiently and effectively to the broader community.

There was so much hope that there would actually be reform, but this week RCANZ has failed the community.

Rabbi Moshe Gutnick, the president of RCANZ, was one of four rabbis of the Sydney Beth Din found guilty of contempt of court by the NSW Supreme Court in December 2017.

He should have immediately stepped aside as president, but several leading rabbis told me that it would inappropriate while he appealed the conviction.

In December 2018, two out of three judges ruled against Rabbi Gutnick and the other rabbis in the NSW Court of Appeal.

When the appeal was rejected, several rabbis on the RCANZ executive couldn’t take it any more and resigned.

Mount Scopus principal Rabbi James Kennard was one of those who quit, noting that RCANZ was meant to provide “much-needed rabbinic leadership with integrity, to demonstrate that rabbis could act with professionalism and accountability”, but it failed because Rabbi Gutnick didn’t resign as president.

“There was silence,” Rabbi Kennard said of RCANZ.

“No resignation, no accountability.

“When the appeal against that verdict was rejected, still silence.”

Rabbi Kennard said at the time that RCANZ joined other rabbinic bodies that fail to police themselves and thus fail the community that they purport to lead.

“It is painful to write these words.

“I do not doubt that I will be condemned by some whom I consider my friends and teachers for speaking publicly.

“But I cannot remain silent when the rabbinate of Australia is prevented from fulfilling its primary task – to provide religious leadership to our community – by the refusal of its representatives to act with the highest standards of integrity, which should be the natural hallmark of any who bear the title ‘rabbi’.”

At the time, rabbis quietly told me that because there was an appeal to the High Court of Australia afoot, that it would be inappropriate to comment and that Rabbi Gutnick should be granted his right to appeal.

Well – last week the High Court of Australia refused to hear that appeal and the case has now come to an end.

“Justice McColl of the Supreme Court of New South Wales affirmed that the SBD’s actions were entirely appropriate. Although Her Honour’s view was not adopted by the majority, all agreed the SBD did not act contumaciously and, given the SBD is revising its communications policy to confirm with the majority ruling, we are satisfied that the position of our president remains entirely tenable,” the RCANZ executive said.

It’s a disgrace that instead of actually accepting the view of three courts, they pointed out the one dissenting judge throughout the process.

It’s a show of disrespect to the Australian legal system, and another example of the leading rabbis in Australia failing the community.

Rabbi Gutnick seemingly didn’t knowingly break the law, because this was a test case that hadn’t previously come before the courts. But he was found guilty.

How can RCANZ, the new rabbinic organisation started to bring honour to the community, have a judge on a Beth Din who was found guilty of contempt of court by the secular legal system as its president?

And more importantly, how can the executive of RCANZ – including former RCANZ president Rabbi Yaakov Glasman and current Rabbinic Council of NSW president Rabbi Nochum Schapiro – allow him to remain?

The Royal Commission sent shockwaves through the community, but the lessons were not just about child abuse. They were about the need for accountability, transparency and people taking responsibility for their actions.

Ironically Rabbi Gutnick was a stand-out rabbi at the Royal Commission, standing up for victims and giving hope of a new era for the rabbinate. I labelled him a “shining light amongst the darkness”, and he deserved to be praised for how he has handled child sexual abuse issues and the stand he took, both privately and publicly that all victims should go straight to police.

But that does not give him a lifetime pass, especially when he himself has been found guilty by a court.

As a community we should expect better from our rabbinic leaders.

Joshua Levi is CEO of The Australian Jewish News.