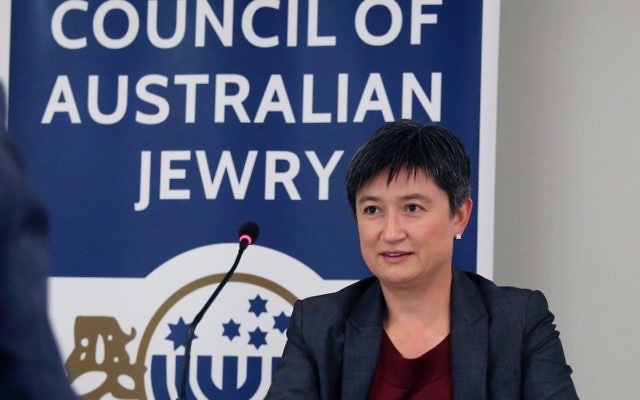 THE Leader of the Opposition in the Senate, Penny Wong, insists that the ALP has been a longstanding friend of Israel and will continue to be.

Speaking at the Executive Council of Australian Jewry’s annual general meeting in Sydney recently, she addressed concerns that the Labor Party’s one-time staunch support for the Jewish State on the international stage seemed to be wavering, and notably that there were factions within the party calling for recognition of Palestinian statehood outside of a negotiated settlement.

“To all those who question Labor’s support for Israel, I would say don’t just take heed of my words, look at our actions over the past seven decades,” Wong said.

“Our support for the State of Israel has been longstanding and is enduring.

“On the matter of the conflict, Labor’s platform has long recognised the right of Israel to live in peace within secure borders.”

Wong also reminded those in attendance that at Labor’s national conference the party did not resolve to recognise a Palestinian state, as was reported by some of the wider press.

She stressed that the party rejected the Boycott, Divestment and Sanctions campaign and noted it would only recognise a Palestinian state if there was a single Palestinian government that could enter into a binding peace agreement with Israel and that recognised Israel’s right to exist.

The Senate leader also addressed the current round of violence in Israel, describing it as a “new and horrendous manifestation of the conflict”.

“Labor condemns these attacks,” she said. “They must cease.”

Noting that the Australian Jewish community has been affected by the increase in terrorism across the world, she added, “All Australians have the right to go about their daily lives, to shop, to worship and go to school free from the threat of violence.”

“I want to pay tribute to the contribution of the Jewish community to the campaign against changes to the Racial Discrimination Act that were proposed by the Abbott government.

“We would have been unlikely to have won that campaign without the Jewish community.”