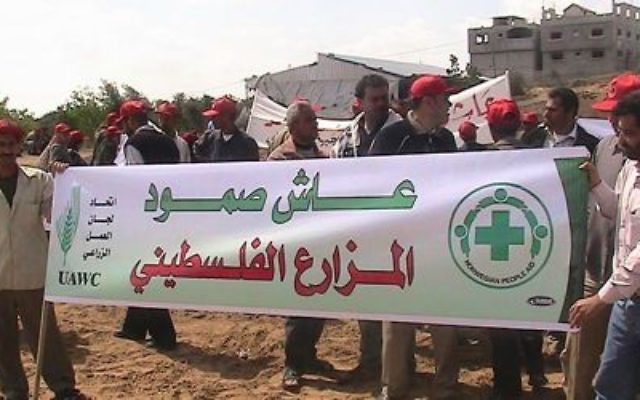 WORLD Vision advisor Professor Tim McCormack has come out firing against accusations by Israeli organisation Shurat HaDin that a Gaza-based charity it funds is a front for terror.

Shurat HaDin has maintained since last February that the Union of Agricultural Work Committees (UAWC), which the Australian Government’s foreign aid arm, AusAID, funds through World Vision, is a subsidiary of the Popular Front for the Liberation of Palestine (PFLP).

But in a column in today’s AJN, Prof McCormack said both AusAID and World Vision “had engaged in a comprehensive” investigation.

“World Vision reviewed key personnel of the UAWC, and investigated the history of the organisation,” he said.

“We spoke with many people formally and informally – in Israel, in the West Bank, in Gaza, in Australia and in the US, from relevant government departments, from academia, from international organisations, from NGOs.”

“We met together with a senior Israeli Defence Force officer who told us that the IDF engages Prof Steinberg regularly,” he added.

“The officer endorsed Steinberg’s view of the UAWC and said that World Vision should feel confident that the UAWC is not controlled by, or acting for, the PFLP.”

The Australian-born oleh wrote in a column that “World Vision’s latest attempts to whitewash” its continued support of the UAWC were “characterised by a failure to confront the evidence, misrepresentation of the independence and expertise of ‘experts’, use of straw horse arguments, reliance on hearsay from anonymous and unverifiable sources and attempts to confuse the issue”.

Hamilton said World Vision’s attempts to present Weissglas as independent were “disingenuous in the extreme” and that presenting Prof Steinberg as a leading intelligence analyst was misleading, “patently false and bordering on ridiculous.”

“[Steinberg] is an academic … and has a long history of being sympathetic to the Palestinian cause and opposing action against terrorists,” he said.

While the UAWC’s link to the PFLP is still a matter of conjecture, it nonetheless supports the Boycotts, Divestment and Sanctions (BDS) campaign against Israel.

Its website carries stories of demonstrations organised by the UAWC  calling for a boycott of Israeli agriculture, with pictures of protesters carrying UAWC banners echoing that message.

LIBERAL foreign affairs spokesperson Julie Bishop has announced a Coalition government would cut off all funding to individuals and institutions that publicly support the practice of Boycotts, Disinvestment and Sanctions (BDS) against Israel.

“The Coalition will institute a policy across government that ensures no grants of taxpayers’ funds are provided to individuals or organisations which actively support the BDS campaign,” she told The Weekend Australian.

But Bishop, who is deputy Liberal leader, declined to elaborate on the proposed policy when asked by The AJN how it would impact organisations such as the University of Sydney’s Centre for Peace and Conflict Studies (CPACS), a high-profile supporter of BDS in Australia, or how it would affect Canberra’s funding of World Vision Australia, which supports the Union of Agriculture Work Committees, a body that urges an agricultural boycott of Israel.

“I have stated the principle that the government will adopt in relation to taxpayer funding of organisations involved in the BDS and do not intend to elaborate further,” she stated on Tuesday.

Zionist Federation of Australia president Philip Chester concurred, saying, “Taxpayer dollars should not be directed towards those who aim to stifle the debate.”