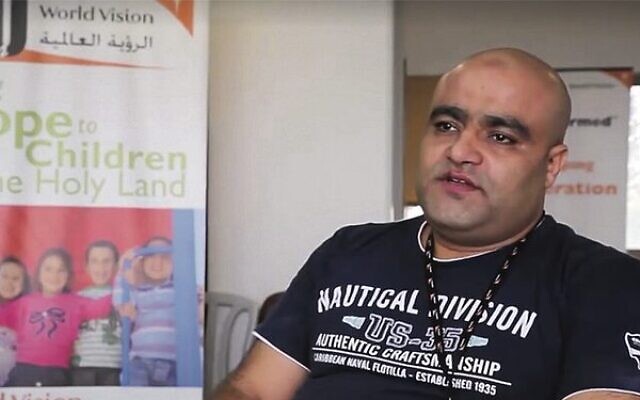 The urge to help people living in misery is a fundamental and necessary human trait. But if not done carefully, international assistance can also lead to more damage than good, particularly when the providers fail to prevent substantial theft and diversion of aid to terror regimes.

Tragically, this very disturbing picture emerges from the verdict handed down last month in Israel regarding the case of Mohammed el-Halabi, World Vision’s manager for Gaza between 2005 and 2016. The judges in the Beersheva District Court detailed numerous examples in which money and materials provided primarily by taxpayers through World Vision’s Australian branch were diverted for use by the Hamas terror organisation.

Far from the charge made by World Vision’s Australian leadership that Mr Halabi was convicted without evidence, the 23-page published verdict is detailed, damning, and warrants careful study by officials in government positions and charities involved in international aid.

Specifically, “The defendant took an active and significant part in the activities of Hamas and assisted Hamas over the years in a variety of ways, including transferring monies and equipment that he knew would be used to fund terrorism.”

This includes assisting in constructing Hamas military installations – including concrete tunnels – as well as providing equipment for Hamas naval commandos. The indictment lists “hundreds or thousands” of tons of iron, plastic tubing for improving communications and electrical infrastructure in the tunnels, digging implements and materials used to hide openings under an agricultural hothouse – all using the “aid” resources provided by World Vision.

Additionally, “The defendant even participated in military actions such as marking exit points for tunnel openings on the Israeli side of the Erez Crossing …” Tragically, a number of Israelis were killed and wounded as a result of Hamas attacks launched from these tunnels.

The ruling of the judges also includes scathing observations about World Vision’s failure to effectively supervise and monitor its projects in Gaza, with far-reaching implications for other aid operations in areas controlled by terrorist regimes.

In particular, the court derided the charity’s international leadership for its “remote control” approach in Gaza, describing a system that relied entirely on el-Halabi and was predicated on his presumed honesty.

The verdict describes the mix of naivety and ideology reflected in the testimony of World Vision employees in the case, and their blind faith in the impossibility of fraud and diversion: “They are apparently trapped in a preconceived notion that does not accord with the circumstances in the region, that their professionalism will absolutely and always prevent any fraud or abuse of trust.”

Moreover, the decision reveals warnings from a Gaza accountant (Mohammed Mehdi) to World Vision in 2015 regarding indications that aid was being siphoned off to Hamas. But instead of carefully checking this information, the whistleblower was fired, and subsequently interrogated and intimidated (and perhaps worse) by Hamas. The materials from Hamas’ “interrogation” were saved on el-Halabi’s computer, and used to document the consequences of World Vision’s oversight failures. This is the real travesty highlighted by this case.

Adding to the details in the verdict is the publicly available evidence of financial irregularities and inconsistencies. For example, the reports submitted by World Vision’s office in Jerusalem, West Bank, Gaza (JWG) reported expenses from 2004-2015 of $84 million, and approximately $50 million less than the reported revenues ($133 million), with no explanation provided for what was done with those funds. This documentation contradicts the claims by WV’s Australia leadership to have only provided $22 million; indeed, an independent audit of World Vision’s Israel-based not-for-profit framework found that the oversight frameworks were “non-functional and ineffective”.

In a statement issued after the verdict, World Vision expressed its “hope to return to Gaza”.

I, too, hope that World Vision can dispense humanitarian aid to all those in need. Before Australian government support for groups such as World Vision can resume, a detailed process of due diligence and close supervision, including parliamentary oversight, is indispensable. Everyone involved in providing international aid should adopt the principle known as the Hippocratic Oath, and make sure to “do no harm”.

Michael Danby was federal member for Melbourne Ports from 1998-2019 and is on the advisory board of NGO Monitor.