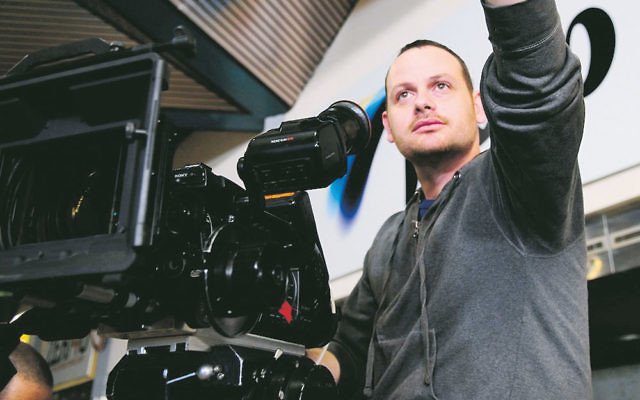 THE Sydney Jewish Writers Festival (SJWF) will be held later this month with a line-up of international writers and Australian authors at panel discussions and lectures.

Festival director Michael Misrachi says he is excited about this year’s event, which continues on the theme of “books are just the beginning” and has been expanded to cover areas such as film and television to give it broader appeal.

“It’s a festival of writing, ideas, creativity and culture,” he tells The AJN. “We are very excited about our international presenters and the Australian writers that are taking part in the festival. The writing talent taking part is really high calibre.”

The SJWF started in 2006 as a biennial event, but is now held as an annual festival and this year will be held from August 29-30 at Waverley Library in Bondi Junction.

The international line-up is led by pre-eminent Israeli television director and writer Gideon Raff, who created the international hit series Prisoners of War, Homeland and Dig.

His TV programs, set against the background of Middle East tension and America’s war on terror, have been critically acclaimed – Raff received an Emmy for Homeland and Prisoners of War won nine Israeli Academy Awards.

“Raff may not be a household name, but his work has been critically acclaimed and his shows have been global hits,” says Misrachi.

“I’ve been trying to get Gideon to come to Australia for the past three years, but it has never worked out. I contacted his agent again last year with an invitation and when I got a positive response I was so excited that I could not sleep that night!

“Knowing the quality of his work and the fan base he has in Australia, it is so exciting that he will be in Australia.”

Raff is also appearing at the Melbourne Writers Festival this month and the Festival of Dangerous Ideas at the Sydney Opera House next month.

Misrachi is also thrilled that overseas writer Jennifer Teege is attending the festival. She was raised by adoptive parents in Germany and was shocked to discover that her biological grandfather was Amon Goeth, the brutal Nazi commandant depicted in Steven Spielberg’s Oscar-winning film Schindler’s List.

She wrote about coming to terms with the secrets of her past in My Grandfather Would Have Shot Me.

Teege has worked in advertising since 1999 and lives in Germany with her husband and two sons. While in her 20s, she studied for four years in Israel, where she learned fluent Hebrew.

“Jennifer Teege may not be well known in Australia as an author yet, but her story is just extraordinary to hear,” says Misrachi.

The festival opens on the evening of Saturday, August 29 with the launch of Leah Kaminsky’s latest novel, The Waiting Room, as well as a session on Israel as a country overflowing with stories, moderated by author Joanne Fedler.

There are 30 presenters taking part in the festival, with sessions covering issues ranging from the boycott, divestment and sanctions (BDS) movement and Holocaust memorialisation to the challenge of raising teenagers.

“We will feature new local talent at the festival and welcome people such as Dr Dvir Abramovich, Dr Philip Mendes and Abigail Ulman as well as many familiar faces from previous festivals,” says Misrachi.

“Another big issue is Holocaust memorialisation after survivors pass away, which will be discussed in a panel with academic Dr Avril Alba, Professor Zehavit Gross from Bar-Ilan University in Israel, who has completed a landmark study on Holocaust education, and young writer Alice Nelson, who has released a book of Holocaust testimonies.”

Misrachi spends about nine months each year working on the festival.

“International authors need more planning time so we usually start working on that side of the festival first, to see what books are being published and who is available,” he explains.

“It bubbles along for six months and then ramps up for the last few months as we approach the launch date.”

Misrachi is proud that the SJWF is attracting growing interest from the wider community.

“We are keen for members of the non-Jewish community to come along and delve into aspects of Jewish culture and Jewish life.”