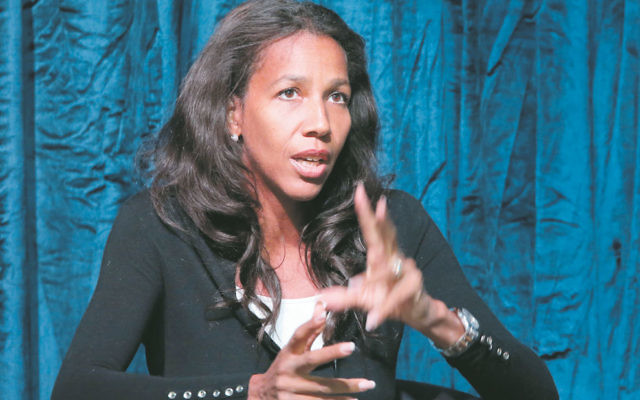 MORE than 600 people attended the Sydney Jewish Writers’ Festival (SJWF) last weekend to hear from an impressive line-up of international writers and Australian authors at panel discussions and lectures.

The star attraction at the event, held in Bondi Junction on August 29-30, was Israeli television director and writer Gideon Raff, who created the international hit series Prisoners of War, Homeland and Dig.

Also attracting plenty of interest was Nigerian-German author Jennifer Teege, who discovered that her grandfather was a brutal Nazi concentration camp commander.

“The vibe was buzzing with the fantastic collection and calibre of writers, interesting and thought-provoking discussions, and a warmth of sharing ideas and stories,” he says.

“Not only did we have literary sessions going on, but we held workshops for children, where they explored the power of storytelling through art.”

Misrachi says the feedback to the festival has been overwhelmingly positive.

“Many people described it as outstanding and possibly the best festival yet. One email from a festival-goer and volunteer wrote that ‘the festival was so inspirational, engaging, challenging and diverse’ – sentiments which encapsulate the weekend and which have been echoed by many.”