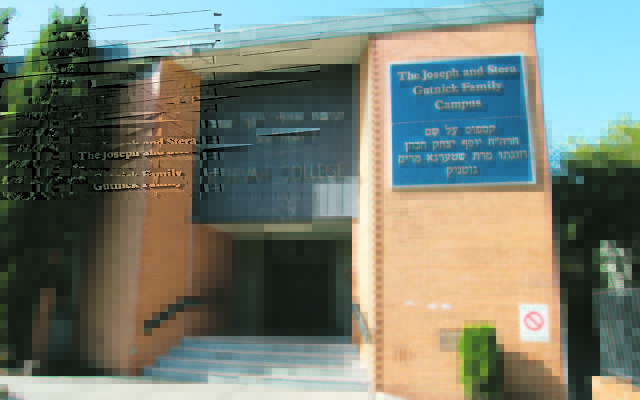 Twenty candidates were initially nominated for the YBRSL board, but three have already dropped out.

A source within the community, who asked not to be named, said the election could decide the future of YBRSL principal Rabbi Yehoshua Smukler.

The AJN can reveal that one candidate at the centre of the dispute is Dr Debbie Herbst, who sent an email earlier this year claiming that there was widespread bullying at YBRSL.

She wrote in the email that she has seen a “systematic, endemic culture of bullying and workplace harassment”.

Herbst wrote that many teachers have sought stress leave and some have left the school. “These are not isolated, random incidents … a very clear pattern has emerged.”

YBRSL denied the claim, and said that when Rabbi Smukler became aware of the email in April he offered to meet with Herbst but she declined.

Chaim Kingsley, who was appointed to the YBRSL board by the Yeshivah trustees, sent a message to people this week warning them to be cautious of electing Herbst.

He asked the community to question if she walked out during Rabbi Smukler’s speech at the gala dinner, to ask her if she is planning to sack Rabbi Smukler and ask her who she would replace him with.

As a result of that message, another candidate, Eli Marcus, withdrew his nomination claiming the elections had been tainted.

“Unfortunately after seeing what has been circulated by a member of the current board [referring to Kingsley], I feel I have no choice but to resign from the YBR elections,” he said.

Meanwhile, Marcia Pinskier, who recently chaired the Parents and Friends of Yeshivah AGM, claims the Yeshivah Centre is interfering with the election.

A spokesperson for the Yeshivah Centre recently sent an email to nominees which said, “If you want to send out further material via email to the YBRSL membership, we would require you to do that through us, however, as I am sure you will appreciate, anything sent will need to be approved by Yudi New [who is running the election for YBRSL]. Following approval, we could certainly arrange for an email to be sent.”

Pinskier said that the letter to candidates is “unequivocal in advising that Yeshivah requires that Yudi must approve ‘anything sent’” and that it is “inappropriate -interference”.

In response, the Yeshivah spokesperson told The AJN that it has already disseminated information to the community and has no intention of censoring -nominees.

“The purpose of checking emails is to ensure that there is nothing defamatory or anything inappropriate for the community for example, inappropriate language.

“Outside of this, there will not be, nor has there been, vetting of emails.”

A parallel election for Chabad Institutions of Victoria Limited – which will operate the Kollel, Chabad Youth, Ohel Chana and associated shuls – is equally controversial and three of the 17 candidates have withdrawn their nomination.

Some members of the community have expressed concern that Ron Tatarka, who served as the Chabad Youth director in the 1980s and 1990s when several children were sexually abused, and Michael Goldhirsch, who served on the Yeshivah Centre’s committee of management during the same period, are both standing.