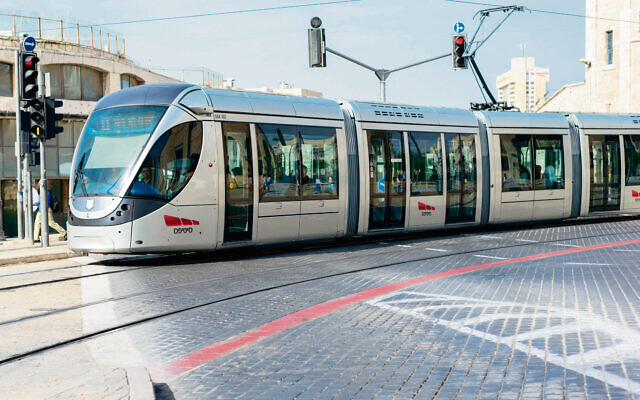 Why is Yom Ha’atzmaut this year different? Because after some two years of “Galut Corona” – exile from our land owing to the coronavirus, we are finally able to return to our land.

And so this year I, as well as many other Australians, can again celebrate – in Yerushalayim, our holy capital city.

But as I move around a city I thought I knew so well, I have a strange feeling.

For it is a city which has been subject to unbelievable change since I was last here over two years ago – and very different from the city I knew in earlier decades.

If one enters the city under the famous Gesher Hametarim – the String Bridge one is confronted with a massive construction site spanning acres of land.  Where once a parking lot for buses stood in the midst of underutilised prime real estate, a whole new suburb is rising before one’s eyes.

A public transport modal interchange incorporating the central bus station, the terminus of the railway line from Tel Aviv and the rest of Israel, as well as the light rail system currently subject to significant expansion, will sit amidst massive high rise buildings providing office space, retail premises and housing units – and be serviced by a 1500-space underground car park.

All this work currently creates major traffic congestion in a city already suffering the impact of more cars than its roads were designed for. But the intention is that with the extra 28 kilometres of light rail serving the university and Shaarei Chessed hospital as well as extending to further suburbs such as Pisgat Ze’ev and Hadassah hospital, the already existent tendency to utilise the light rail rather than drive to the centre will be given further impetus thereby reducing congestion.

But works in the city itself aside, even before arriving in Yerushalayim from Highway One the impact of change is obvious. What I first knew as a narrow winding road now has four lanes in each direction while a series of newly constructed tunnels and bridges mean that traffic that would have otherwise caused congestion on entering the city before turning to its destination, can now move directly towards its destination in various parts of the city without the burden of street crossings and traffic lights etc. And bridges and tunnels similar to those that have straightened curves and levelled gradients on the main highway to Yerushalayim also provide a direct connection to the city centre from the alternative access highway as well as to the crosstown arterial named after Menachem Begin that is now extended to Gilo and beyond towards the Gush Etzion area.

Sadly though the once scenic railway route that wound its way through the Judean hills is now viewless through a series of tunnels. The cost of progress!

And I would add that while I have focused on Yerushalayim, the rest of the country too is seeing similar development. After years of congestion-causing construction, the light rail line stretching across the greater Tel Aviv urban area from Holon in the south to Petach Tikvah in the north is on the way to completion and becoming operative.

Here too major thoroughfares such as Ibn Gavirol and Ben Yehuda are subject to serious disruption owing to construction works. As for high rise construction for commercial and residential purposes, Tel Aviv would seem to be in the forefront of cities around the world. Further north again, a series of tunnels combined with high quality highway construction have meant that the trans Israel Route Six that formerly ended at the “Arab triangle” now provides direct access to Tiberias and simplifies the route to cities further north as far as the Lebanese border.

All of this is not to say that environmental issues are not considered. In Yerushalayim, a proposed light rail route through Emek Refaim and the historic German Colony that dates back to the era of the Templars in the early half of the 20th century, that might utilise what is now a nature trail along a historic former railway route, is the focus of much contentious discussion. South of the beachside resort of Netanya that has itself developed as a significant metropolis, development near a stream called Nachal Poleg is being opposed by grassroots groups for its potential impact on beachside amenity and even the water-
table – which would have implications for aquifer pollution as well as possible building slippage that might affect both new and established buildings.

Yes, modernisation has its pluses and minuses – but as we look at what we have achieved by this 74th Yom Ha’atzmaut, there can be no doubting its impact. For millennia in the daily Amidah prayer and Grace after Meals we beseeched God as the builder of Yerushalayim – that building has now commenced.

And we are also seeing fulfilment of the words of the prophet Isaiah “(Every) valley will be raised and every mountain and hill will be lowered; the crooked will become straight and the heights will become valley” (Isaiah 40:4).

And so, as these words reach fulfilment may this Yom Ha’atzmaut also see commencement of implementation of the succeeding verse, that “The glory of Hashem will be revealed (for all to see).”

Yossi Aron OAM is The AJN’s religious affairs editor currently on a private visit to Israel.