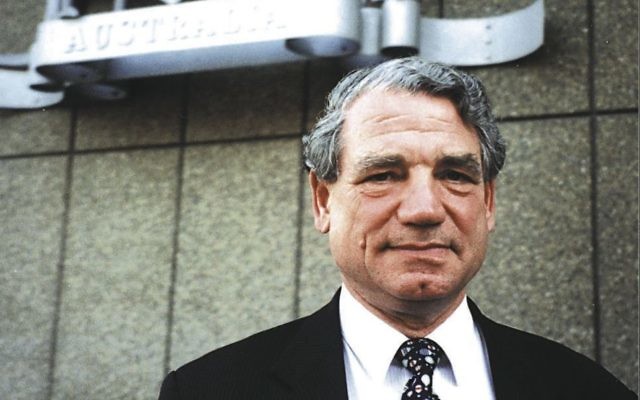 THE death of Adelaide man Fredrick Toben, who was jailed in Australia for violating court orders over his Holocaust denial, has triggered memories for communal leader Jeremy Jones who was involved in a major legal victory against him.

Toben, 76, who had immigrated to Australia from Germany in 1954, died on June 29 after a long illness.

Jones, who is now the Australia/Israel & Jewish Affairs Council’s director of international and of community affairs, represented the Executive Council of Australian Jewry (ECAJ) in a landmark Australian court case which outlawed articles denying the Holocaust on Toben’s website.

The 2002 Federal Court ruling enforced a finding two years earlier by the Australian Human Rights and Equal Opportunity Commission that Toben had contravened Section 18C of the federal Racial Discrimination Act in publishing material on his Adelaide Institute website that racially vilified Jews. In a separate matter, Toben’s Tasmanian associate Olga Scully was found to have disseminated antisemitic material in breach of 18C.

Toben was ordered to remove the contents from his website and apologise. Although he issued an apology five years later, his website continued to publish the offensive material, and in 2009 Jones, representing ECAJ, brought a contempt of court action against him. Toben was found guilty of 24 charges of contempt of court and sentenced to three months’ jail, which he served after losing an appeal.

In 2013, Toben lost a defamation action against Nationwide News alleging that calling him a “Holocaust denier” and an antisemite was defamatory, and the following year he backed the Abbott government’s plans to water down Section 18C.

Jones told The AJN this week, “The only reason his name is known at all is because he engaged in a campaign of vilification of the Jewish people … somebody who not only offended against history and basic morality but caused deep upset to individuals confronted with gross distortions that he put forward as history.”

Labelling Toben “a purveyor of lies”, Anti-Defamation Commission chair Dvir Abramovich said, “He will be remembered for his denial of humankind’s most horrific mass murders and for whitewashing the crimes of the Third Reich.”