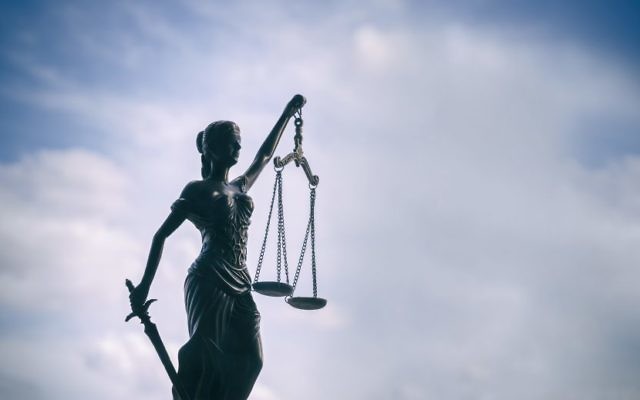 THE NSW Court of Appeals confirmed the original trial judgement of the Supreme Court’s Justice John Sackar’s ruling that the Sydney Beth Din’s (SBD) Rabbi Moshe Gutnick, Rabbi Yehoram Ulman, Rabbi Michael Chriqui and Rabbi Eli Schlanger were in contempt of court based on their conduct towards me.

The statement released by the SBD following the appeal does not provide an accurate reflection of the court ­proceedings.

This is not a case where what was contested or even asserted was that the religious beliefs and practices of a religious body were justiciable.

The SBD’s rabbis were seeking to force me, a director and shareholder of a private company, under the threat of religious sanctions, to submit several of my private companies to the jurisdiction of a Beth Din and to seek to enforce entering them into an arbitration agreement, which would then allow a SBD judgment of up to $5 million to be binding under civil law.

Rabbi Gutnick provided most of the evidence during the proceedings. Part of his evidence was ‘not accepted’ by the trial judge as it was contradictory.

He further provided evidence that Rambam said ‘a Jew is wicked to go before gentile judges’.

The SBD’s rabbis are self-selected and they have no lay board appointed by the community to whom they need to report, nor offer any level of transparency into the conduct of their affairs, despite previous calls from community leaders.

The SBD threatened that they would notify synagogues which I was a member of that sanctions will apply to me personally, should I not submit my companies to them by a deadline in early 2017.

The threatened that “further sanctions will apply” should I continue to refuse submission of my companies after the first sanctions were issued.

Absent of a communal body to whom the SBD report, I was left with no choice but to initiate proceedings in the Supreme Court of NSW.

There are many Orthodox Jews who choose to bring commercial disputes before the Supreme Court of NSW.

None of the above proceedings appear to have been adjudicated at the SBD, and many of those litigants are not excommunicated, nor have they been threatened by the SBD.

The decision to threaten sanctions against me was a choice made by the rabbis and not a necessity, a fact which the rabbis admitted to during court ­proceedings.

During the proceedings it was also discovered that Rabbis Ulman and Schlanger had a private meeting with the plaintiff in Israel.

It was further discovered and admitted that over a period of several months, Rabbis Gutnick and Ulman held multiple phone conferences with the plaintiff, the plaintiff’s lawyers and offered advice on how to draft an arbitration agreement which would allow the SBD’s judgement to be enforceable in the civil courts.

The discovery further exposed communications evidencing how the plaintiff and the SBD considered strategies to enforce the maximum amount of pressure on me, including summoning unrelated parties such as my mother and sister.

After just one email correspondence from my representative, the SBD provided strict instructions stating “from this correspondence and onwards no further approaches be made to the Beth Din individually by either plaintiff or defendants and all correspondence be cc’d to all the parties”.

All correspondence from the SBD to my representative was through Rabbi Schlanger, with the plaintiff always copied in, not the dayanim (judges).

Meanwhile, in contravention of the SBD’s own directions, the rabbis, including the dayanim, continued to communicate with the plaintiff via phone, email and text message, including a private phone call between Rabbi Gutnick and the plaintiff, without notifying me or my representative.

On several occasions, the SBD refused to meet with my representative prior to the proceedings, claiming that it would be “improper” to do so, despite meeting with and conversing with the plaintiff and representatives of the plaintiff several times, over a period of several months.

Justice Sackar stated, “In my view, by reason of the conduct of the rabbis, the ordinary reasonable observer could easily and reasonably conclude that one of the reasons why the SBD did not rebuke or chastise Mr Kuzecki [the plaintiff] or insist on him observing halachic ­principles, was not because they had forgotten them or did not know them, but because they were somehow or other sympathetically disposed to his cause.”

Even after this conduct was revealed in court, nevertheless some in the community still absurdly believe that it was my duty to submit to their arbitration and risk a legally binding ruling of up to $5 million.

The SBD’s statement that the judgement would “curtail” a beth din’s ability to issue sanctions in matters of gett refusal is out of context, as the judgement certainly does not refer to those types of matters.

What the SBD did in my case, however, was to make such threats towards a director and shareholder of a private company in a purely commercial dispute.

These threats sought to prevent a private company from having a potential dispute adjudicated in the only forum where the dispute was justiciable, namely, the civil courts.

In order to ensure that the SBD function in line with the reasonable expectations of the Jewish community, urgent reform needs to occur whereby the rabbis of the SBD are made accountable for their actions, are selected by the community and report to a body who truly represents the entire Orthodox Jewish community.

REUVEN BARUKH is the businessman who took the SBD’s rabbis to court.