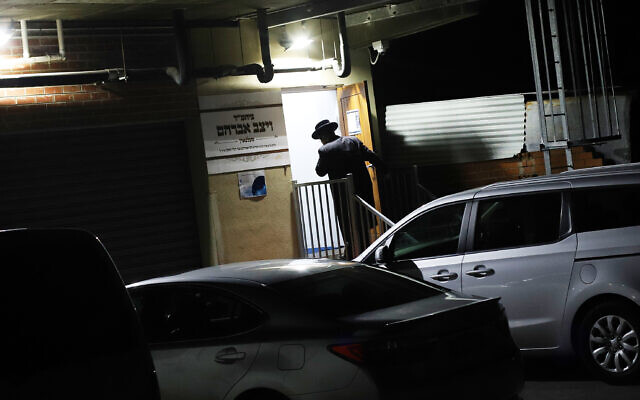 One of several men seen entering the synagogue for a minyan earlier this week.

SEVERAL Ripponlea traders are feeling “frustrated” and “concerned” for their health as a minyan continues to be held regularly on Glen Eira Road despite Victorian government directives that all places of worship must remain closed.

As The AJN previously reported, Beis Medrash Veyatzev Avruhom, an ultra-Orthodox congregation, has continued to hold services at its synagogue above the Ripponlea IGA supermarket throughout the pandemic.

“I see them go there, every weekday, morning and night,” trader Jeremy Klein told The AJN. “It’s very frustrating. It has definitely impacted on the businesses because people don’t want to come to Ripponlea. 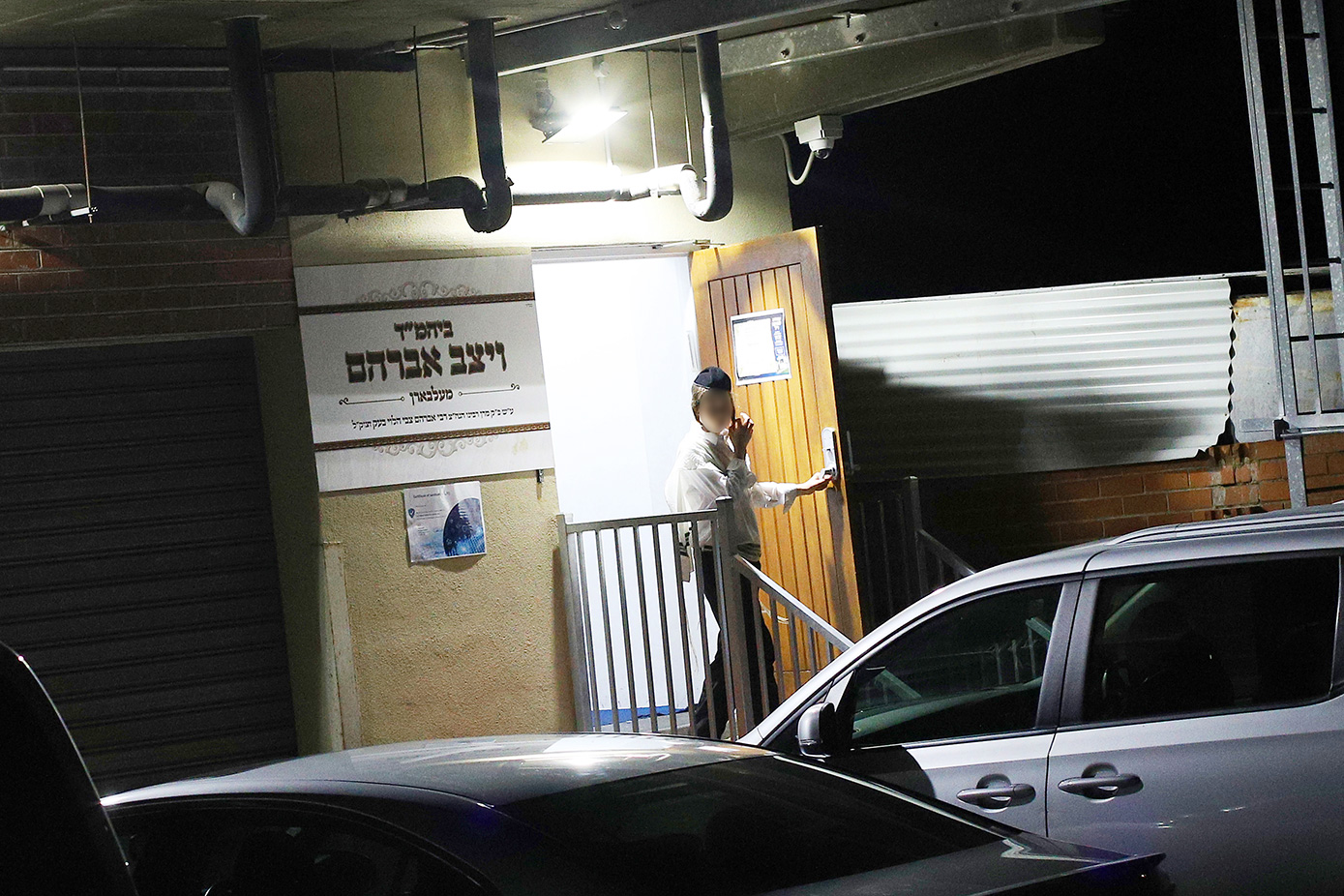 “We’ve had phone calls from customers saying they don’t want to come down, and asking if we deliver. We do, but for every customer who calls, how many are just not coming at all because of these guys?”

“It makes us concerned for our own health and wellbeing because they come into our shop and if we get it, that means we’ll have to shut down for two weeks. We wouldn’t be able to support ourselves on no income.”

Traders have commended Victoria Police who have attended the synagogue multiple times, issuing the group’s leader, Motty Fixler, with a fine, and warnings to members. But, police have allegedly told traders that’s all they can do in accordance with the restrictions.

A force spokesperson told The AJN, “Victoria Police continues to enforce the directions of the Chief Health Officer and discretion is used where appropriate.”

Shadow minister for police and Caulfield MP David Southwick raised the matter in a letter to Premier Daniel Andrews a week ago, believing the group are exploiting a loophole in the regulations which permits the broadcast of religious services at places of worship. Southwick called for an urgent intervention, but is yet to receive a response.

“The Andrews government must act immediately to ensure there are no loopholes in the current restrictions and explain why these laws should apply to some religious groups and not others,” remarked Southwick.

When asked by The AJN about this specific case, Minister for Multicultural Affairs Ros Spence said, “There are only four reasons to leave your home: food and supplies, medical care and care-giving, basic exercise, and work or education.”

“The vast majority of Victorians are doing a fantastic job adhering to physical distancing rules and that includes those finding new ways to celebrate their faith and traditions.”

Fixler was unavailable for comment when contacted by The AJN.