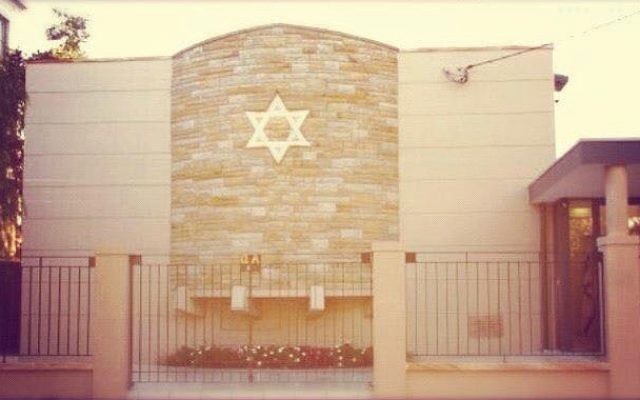 Cremorne Synagogue was one of many communal organisations to receive funding from the NSW government's Community Building Partnership grant program last year.

A CONCERTED effort by the community to access NSW government grants has seen a 200 per cent increase in the last 12 months.

From 2011 to 2016, communal organisations received an average of less than $90,000 from the NSW government’s Community Building Partnership grant program. But in 2017, with the assistance of the NSW Jewish Board of Deputies who helped facilitate applications, the community received $301,767.
Cremorne Synagogue and Emanuel Synagogue received $30,000 each, which was the most awarded to communal organisations last year.

Other beneficiaries included the Parramatta Synagogue, which was granted more than $21,000 and a host of organisations that received $20,000, including Central Synagogue, Chabad House of North Shore, Friends of Refugees of Eastern Europe, Mount Sinai College, National Council of Jewish Women, South Sydney Synagogue and North Shore Temple Emanuel.

Southern Sydney Synagogue president George Foster said that he has been a member of the shule for more than 40 years, and with the $20,000 grant money it will be painted for the first time.

“We are really grateful because, as a small community, our access finances are relatively limited and we have had other capital works, such as leaks, that have taken funds from the painting,” Foster said. Our Big Kitchen, Moriah College and Coogee Synagogue also received more than $10,000 from the government as part of the Community Building Partnership program.

Over the last seven years Jewish House has been the biggest beneficiary, with grants in excess of $130,000. CEO Rabbi Mendel Kastel said that without the government’s support his organisation would struggle.

“We’ve done a number of renovations to bring the building and the accommodation up to a standard that we are happy with to be able to provide a comfortable place for people who are going through really difficult times in their lives,” Rabbi Kastel said.