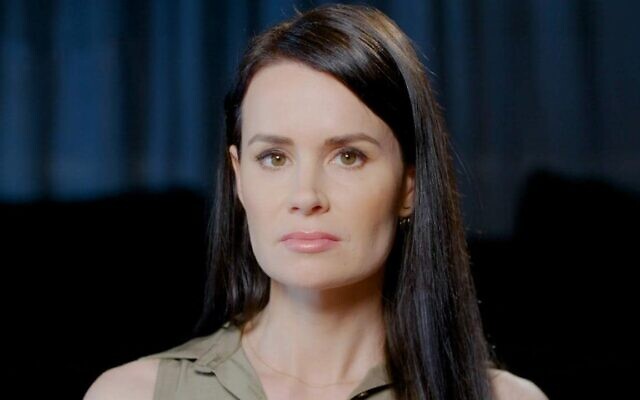 FREED Australian academic Kylie Moore-Gilbert, who was imprisoned in Iran on false charges of spying for Israel, has clarified comments she made in The Australian newspaper over the weekend in which she denied being a Zionist.

Moore-Gilbert was responding to online attacks against her by sacked Sydney University lecturer Tim Anderson, who has posted Iranian propaganda videos alleging she was an ­Israeli agent, and claims she underwent military and leadership training in Israel.

Dismissing Anderson’s assertion that she is as “fanatically anti-Syrian and anti-Iranian as any other Zionist”, Moore-Gilbert told The Weekend Australian, “For me it’s quite upsetting to be called a Zionist and some sort of hard-core, pro-Israel fan girl when actually I have a very moderate view of both sides.”

She added, “This claim that I’m some sort of evil Zionist is just bizarre because actually, you know, anybody who knows me would know I’ve been very critical of the Israeli government and I’m not an Israeli, I’ve never been employed by Israel – I’ve never worked in Israel.”

Speaking exclusively to The AJN this week, Moore-Gilbert clarified her comments about Zionism.

“I support the right of the State of Israel to exist and for Jewish people to live in Israel,” she told The AJN.

“I however do not identify with the label ‘Zionist’ when it is used in a pejorative sense by Israel’s detractors.”

In her interview with The Weekend Australian, Moore-Gilbert defended the University of Sydney sacking Anderson in 2019 for misconduct after he, among other things, shared a photograph of one of his PhD students wearing a badge that said “death to Israel” and “curse the Jews”.

“If you ­replaced comments about Jews with comments about any other minority group – Muslims, African-Australians, homosexual people – there would be a huge outcry about it.

“I don’t see why making antisemitic remarks should be any ­different,” she said.