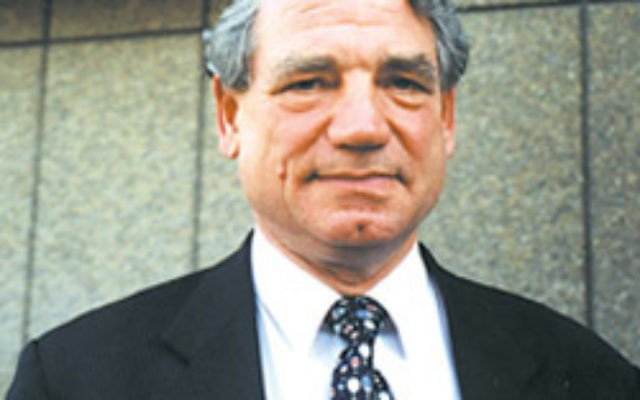 HOLOCAUST denier Fredrick Toben, who was successfully prosecuted in 2009 under Section 18C of the Racial Discrimination Act, would have been protected under a new sub-section in the government’s proposed race law amendments, according to the Executive Council of Australian Jewry (ECAJ).

A clause in Attorney-General George Brandis’s draft legislation – released on Tuesday – that specifies the laws do not apply “to words, sounds, images or writing spoken, broadcast, published or otherwise communicated in the course of participating in the public discussion of any political, social, cultural, religious, artistic, academic or scientific matter” would have made it almost impossible to successfully sue Toben, ECAJ executive director Peter Wertheim said.

Wertheim noted that Toben claimed to be engaging in a public discussion of an academic matter, namely the history of the Holocaust, something which would be protected under the new legislation.

In releasing the draft after months of deliberation, consultations and media speculation, Brandis called the amendments the strongest protections against racism “that have ever appeared in any Commonwealth act”.

“A properly worded section can achieve both objectives of protecting legitimate freedom of speech and freedom of public discussion about matters of race, while at the same time containing protections against racial vilification and other unacceptable racist conduct,” Brandis said. “This proposed amendment does both.”

The new legislation repeals sections 18B, 18C, 18D and 18E of the Act, removing the words “offend”, “insult” and “humiliate” and replacing them with “vilify”. The draft also requires an ordinary community standards test rather than the perspective on “any particular” group to prove vilification or intimidation.

ECAJ president Robert Goot said the “deeply flawed” legislation “in effect rips up” key protections to groups within Australian society which have operated successfully for almost 20 years and which have contributed “in no small measure” to the building and maintaining of a harmonious Australian society.

“This legislation gives the green light to unleashing racial hate speech in Australia, no matter how unreasonable and lacking in good faith,” he said.

“Certainly, it is unlikely that any of the cases which the ECAJ has successfully brought under Section 18C over the years could have been instituted under this proposed legislative regime.”

“To pass the amendments as they stand would risk emboldening racists, threatening the quality of life of ethnic minorities in Australia and seriously straining the fabric of our social cohesion and harmony,” he said.

Parliamentary Secretary to the Opposition Leader, Michael Danby said that “Not only does the amendment drastically reduce the scope of 18C, it restricts the revised 18C to the words ‘vilify’ or ‘intimidate’ only. Both … are now narrowly defined,” he said.

Parliamentary Secretary to the Prime Minister, Josh Frydenberg, said that Brandis had “consulted widely” to get the balance right.

Senator Brandis came under fire on Monday for saying that Australians “do have a right to be bigots”.