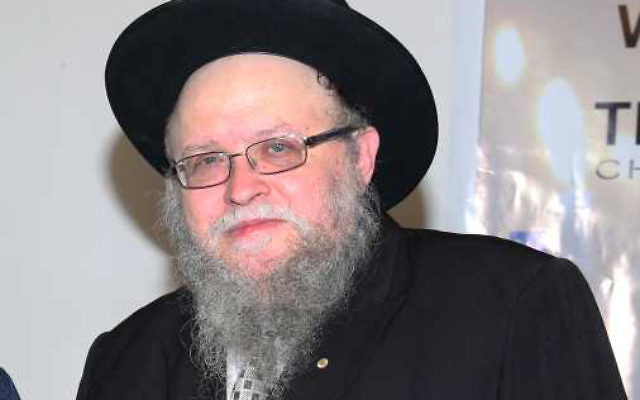 ALL members of the Rabbinic Council of NSW (RCNSW) could have an opportunity to vote on the status of Rabbi Pinchus Feldman as an RCNSW member.

“I wrote the formal complaint to the RCNSW in my role as a victims’ advocate on behalf of numerous victims,” Waks wrote to the RCNSW.

At the time the complaint was made, Rabbi Feldman’s lawyer told The AJN, “Rabbi Pinchus Feldman has not been the subject of even the slightest negative finding by the Royal Commission of impropriety or misbehaviour in personal, official or public office.”

The lawyer added, “The fact that the report does not find failures with the leadership and conduct of Rabbi Pinchus Feldman is a badge of honour that he and Yeshiva Sydney can wear with pride.”

Rabbi Paul Lewin, who was expected to become RCNSW president after The AJN went to print on Wednesday afternoon, will lead the investigation into the matter with a lawyer, but said the final decision must be made by the full council.

“The executive of the RCNSW have stood aside regarding this as they feel there is a conflict of interest here,” Rabbi Lewin wrote to Waks.

“Since I am not a member of the Chabad community, I have been tasked with looking into the issues related to Rabbi Feldman.”

Rabbi Feldman will have a chance to respond to the accusations and then, if he chooses to remain a member of RCNSW, the rabbis will vote on his membership.

“This is a matter for all of the rabbis, but obviously some may choose to stand aside because of their connections or relationships with Rabbi Feldman.”

While speaking to The AJN this week, Rabbi Lewin, who has held the pulpit at North Shore Synagogue for 14 years, said he was excited and humbled to be taking over the top job in the rabbinate.

“I plan to continue the good work of my predecessor Rabbi Eli Cohen, which is to rebuild the trust of the Rabbinic Council in the community and to work with all interested parties, both lay and religious, to be the bridge between parties to unify the rabbinate,” Rabbi Lewin said.

“I also want to continue to work on upskilling and professionalising the rabbis so the community can have faith and trust that their rabbis are equipped to deal with the issues of the 21st century and modernity.”