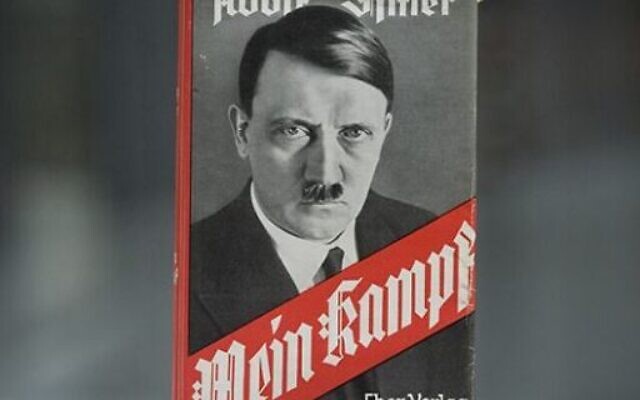 A Melbourne bookstore said it would remove copies of Mein Kampf from its shelves.

A MELBOURNE bookstore proprietor has agreed to remove copies of Mein Kampf from sale after The AJN asked him why Adolf Hitler’s toxic book that spread hatred about Jews and set the scene for the Holocaust should be offered to shoppers at Southland.

Gurinder Singh, owner of Best Books 4 Less at the shopping centre, had earlier been approached by two customers on December 1, distressed that the book was for sale.

The customers – one a granddaughter of Holocaust survivors – complained to the Anti-Defamation Commission (ADC) after Singh declined to remove copies of the book from shelves, reportedly telling them he had just sold three copies the day before, and had already removed a copy from the shop window after an earlier complaint.

When The AJN contacted Singh on Monday, he initially protested that he needed to sell what was on his shelves. But when The AJN put it to him that Mein Kampf – which he had not read – was Hitler’s criminal template for the Holocaust, that “millions and millions of people died” from the implementation of Hitler’s propositions in that book, and that it “upsets a lot of people living in the Australian community – that wouldn’t play on your mind?”, Singh had a change of heart. He said he would immediately remove three remaining copies and not sell them, inviting The AJN to inspect his store.

“I never meant to hurt people’s feelings … I really apologise,” he said.

While welcoming the decision, ADC chair Dvir Abramovich lamented “that it took several complaints for them to do the right thing. It’s vital that all booksellers understand that this dark text, written by a monster responsible for the extermination of six million Jews and millions of others, still retains a powerful appeal for antisemites who worship Hitler and who celebrate the horrific crimes that his regime committed”.

Meanwhile, a descendant of a Holocaust survivor was distraught when she witnessed a man “wearing a large red armband over his clothing, with a hugely visible swastika” at Kmart Southland talking with a security guard on November 29.

“I wanted to scream at him asking if he knew what that armband meant. Did he understand how six million Jews died as a result of this?” the woman told the ADC.

Repeating his call for the Victorian government to outlaw public displays of Nazism, Abramovich said, “We should all be alarmed by the contagion of white-supremacist hate invading our life.”