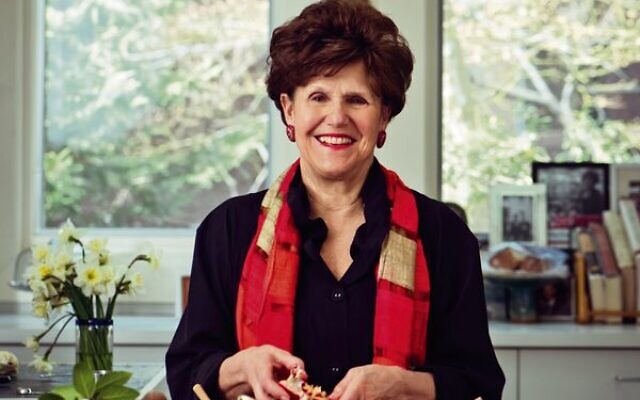 There’s something about food that just screams Judaism. Whether it’s the intergenerational moments shared around a kitchen stove or sitting around a family table on festivals and Shabbat, Jews love food – it connects us.

Which is why the inaugural Melbourne Jewish Food Festival, presented by the Kadimah Jewish Cultural Centre, is such an exciting initiative.

Nathan, who is often described as the Julia Child of Jewish food, told The AJN that she’s very excited to be visiting Australia. Saying that he has enjoyed a “wonderful career” so far, Nathan explained that she learned so much over the years.

“I’m still always learning,” she said over Zoom from her home in the US. “I’m very eager to go to Australia. I realised I’m going to get a lot of Polish food, but also maybe German food and Hungarian food, with an Australian tint. That’s what’s so fascinating to me about Jewish food. It’s never boring. Depending on where Jews have gone, the food has changed.”

For Lisa Goldberg from MMCC, food is in the Jewish DNA.

“As soon as someone’s sick, you bake a cake or send some chicken soup, when someone is celebrating, we bake cakes or when someone passes away, people bring food. It’s just so much a part of our ‘being’.”

Goldberg also says that Jews connect with family through food, explaining that when MMCC first started collating recipes, the stories were always similar, saying that often, we learn to cook from our family members simply to be able to prepare a nice Shabbat meal.

Goldberg said the MMCC team are very excited to be part of the festival to celebrate Jewish food together and hear more stories from the community.

MMCC will be doing a cooking demonstration for Chanukah, which starts a week after the festival. “We thought we’d remind everybody about the deliciousness of Chanukah. We’re doing a latke with a spice twist, a lot of big Indian flavours. And we’re going to make a cured salmon to go with it,” she explained. “Hopefully we can inspire and motivate everybody to get frying for Chanukah.”

And Goldberg said she feels especially privileged to be taking part in a cooking demonstration alongside Nathan.

“We’re particularly chuffed to be cooking with Joan,” she said. “I’ve been following Joan for years on social media and it’s quite an honour for us to be standing side-by-side with her. She brings a lot of authority to Jewish cooking, and she has such a reputation.” 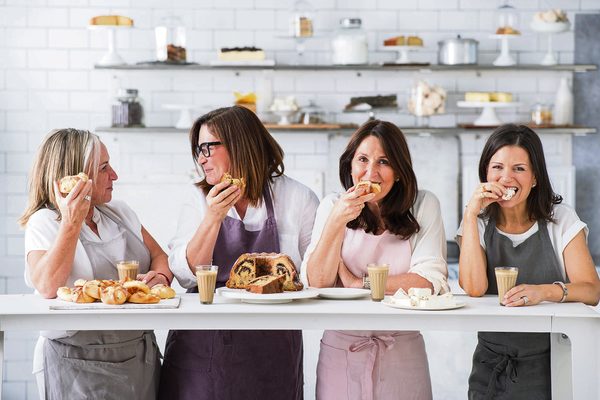 Goldberg is referring to the session where they’ll be baking apple cakes, of which she counted 10 different versions of various recipes throughout the MMCC books.

“It really says something about the Jewish people and apple cakes,” Goldberg laughed.

For Nathan, taking part in a cooking demonstration is always more enjoyable than a simple ‘talk’. “It’s very exciting. This is probably going to be a lot more fun, and we’ll be getting some of those things in while we’re talking,” she said, referring to the tips she would usually discuss in a speech.

Nathan said there’s something incredibly special about handing down recipes through the generations. “I think that in a society like ours, it’s very fleeting, where lots of families here have sushi almost every night. So, you want to have something that says, ‘this is Joan’s family’. I think it makes you proud.

“I have lots of cookbooks that are handmade cookbooks, and I think that defines you. It makes you different from other people,” she said, explaining that while she cooks traditional foods, she also has special recipes that she pulls out every now and then, like her family’s challah recipe from, she estimates, the 16th century.

Exploring foods from all areas of Judaism is something Nathan leans into, saying, “Immigrants have a role in all cuisines.”

Nathan explained that she’s done quite a bit of research into the matter and according to her, “Jewish food really starts with Iraqi food” given the fact that at one point in time, Iraq was the centre of Jewish culture.

Nathan will take her audience beyond the Jewish cuisines that have become so well known to Australians into regions, including India, Iran, Cuba and Ukraine, or regional dishes from Greece and Italy with Jewish influences.

As for the comparisons with Julia Child, Nathan said she’s humbled.

“I knew Julia when I was young,” she recalled. “She was so down to earth, she was serious but she loved to have fun, and that’s what I like to think of myself as. She was just so approachable.”

When asked what it is about food that is so intrinsic to Jewish culture, Nathan agreed with Goldberg, that a lot of it boils down to enjoying a festive meal with family.

“There are so many meals, it’s brilliant in a way, because then you sit around, and you talk and you eat, and so food becomes important to the Jewish experience.”